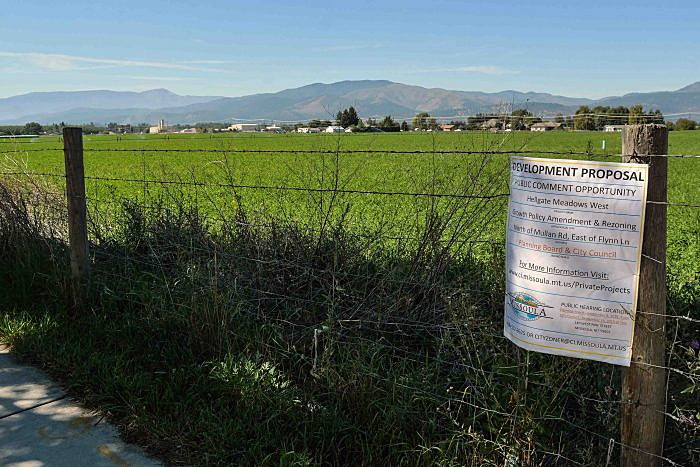 As development picks up in the greater Mullan area, the city plans to implement fees to recover its cost of laying utilities alongside the transportation grid that will be completed this year.

Once approved, the Mullan BUILD Water and Sewer Development fees will recover the city’s multi-million infrastructure investment, which is intended to get the area “shovel ready” for current and future development.

“In order to make the project work, city utilities will provide the interim financing but be paid back by a latecomer’s fee that will use the services,” said Logan McInnis, the city’s deputy director of public works. “The cost of water and sewer running through a particular property will be collected from the developer of that property.”

The city and county in 2019 applied for a federal BUILD grant to place the infrastructure needed to accommodate an estimated 6,000 new housing units expected to fill in the greater Mullan area.

The grant provided $13 million and was less than what was sought, but planning and engineering continued. The project was set to go to construction last year when inflationary costs drove up expenses, placing the project on hold for another year.

As a result, the city increased its contribution to the project from $5.8 million to $6.25 million. Around $2.6 million is dedicated to water mains and $1.3 million to sewer. The city plans to bond the cost and will recover it later from development fees as projects move in behind the work.

“The costs are being locked in today. They (developers) don’t have to worry about future inflation,” said McInnis. “We’re locking in that cost by getting it built today. We’re asking them to pay what runs through their property, but not for the mains that run to their property.”

McInnis said the city is paying to upsize the water mains from 12 inches to 16, and sewer mains from 8 inches to 18. It’s also paying the cost of crossing the Mullan right-of-way.

City officials said the utilities had to go in at the time of road construction and couldn’t wait for development to do the work at a later date.

“These are costs they would have been responsible for at the time of development,” McInnis said. “We can’t go build these roads and not put utilities in them. It’s a critical part of this project. We need to do them up front as part of the project. If they (developers) don’t want to develop for five years, they don’t pay for five years until they’re ready to connect.”

That caveat led council member John Contos to suggest the developers were getting a sweet deal given the city will incur the costs up front. But McInnis said the approach strikes a balance and was the best way to get the work done now and recover the costs later.

“I feel like we’re making a reasonable contribution to help the project move forward,” McInnis said. “This area is developing rapidly, and I don’t think we’ll sit on these costs for a long time. As soon as you put a transportation and utility network in front of them, we’re going to see development. We’re already seeing development. We’re all kind of giving a little.”