In early 2020, Amazon was more than a trend and it posed a threat to the future of brick-and-mortar retail. The pandemic that followed was feared to be the death knoll of traditional shopping and the retail sector.

But over the past two years, the retail and commercial industry in Missoula has defied the odds, with vacancy rates growing tighter. Since 2020, retail vacancies have actually fallen from 5.4% to 4.2% last year.

Conner McMahon, a commercial real estate advisor and expert with Sterling CRE, said it doesn’t come as a surprise in Missoula, where nearly every form of asset is in short supply, from housing to retail space.

“Every single year since I’ve been in the business, I’ve heard some incredible doom-and-gloom story about how it’s the end of retail brick and mortar,” he said. “Here we are many years later, even through a pandemic and the Amazon effect, and retail is strong and doing even better. The data supports that.”

Sterling tracks market trends across a variety of classes, including commercial, industrial, office and multi-family. The information it gathers is used to inform potential investors interested in the Missoula market.

So far this year, that interest remains high, from local investors to state and regional investors.

Just as Missoula’s housing market has failed to meet demand, so too is the retail and commercial industry behind on available locations, McMahon said. Much of what is available was built in the 1950s, and such tired inventory is being purchased at a rapid rate.

“A lot of that tired, older asset type has been absorbed, and I expect to see those lease rates and sale rates go back to a normal inverse trajectory,” he said. “I think we’ll see that pick up ground pretty darned quick.” 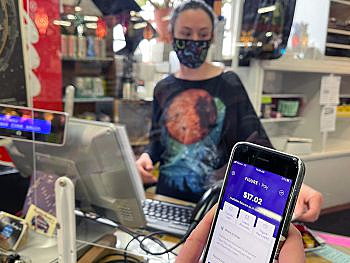 Like the housing market, McMahon said it will take time for the commercial and retail sector to catch up with demand. Construction costs are high and Missoula isn’t an easy place to build given its density and list of regulations.

But McMahon said there is more new construction planned for 2023 than there is for 2022, suggesting the market has heard the call and is preparing for a new wave of construction. But that could take time to deliver once it starts.

“There’s just not near enough under construction or in the pipeline to meet demand,” McMahon said. “But despite how convenient it is to buy stuff online, people still want to get out, go eat and socialize. For what we have in the pipeline for construction, it doesn’t look like we’ll get back up to that healthy figure in the next couple years.”

The office sector also has defied the pandemic, which many suggested would bring an end to the congregant work space. Nationally, some central business districts are witnessing high vacancy rates but in Missoula, he said, that’s not the case.

“We’re definitely seeing high demand for smaller work space, private office and adaptive work spaces,” he said. “But there’s not a ton of new office development in the pipeline.”

The housing market also is racing to meet demand and recent data suggests that nearly 600 market-rate units will be under construction this year, along with 200 affordable housing units.

An estimated 1,000 market-rate and affordable units are poised for next year, and 800 more are in the permitting and planning stages for 2024.

Given the city’s unemployment rate of just 3.4%, according to state figures, the demand for housing is expected to remain high as employees look to fill jobs, from high-paying white-caller positions to entry-level jobs.

McMahon and other economists have said that Missoula’s housing shortage is holding back the city’s economic gains. At the end of 2021, the vacancy rate for multi-family housing was just 0.96%. But if the construction industry delivers everything that’s currently planned, figures suggest it would boost the city’s vacancy rate to 2.5%.

McMahon believes that with Missoula’s bounty of jobs, those new units will quickly get absorbed.

“With our job demand, I expect we’ll absorb that multi-family vacancy very quickly,” he said. “But it’s great we’re seeing this amount of inventory hit the market. It might cause some people who had plans to deliver apartments to shift a little bit, or tier it out in phases. But for now, all of our asset types are in demand.”