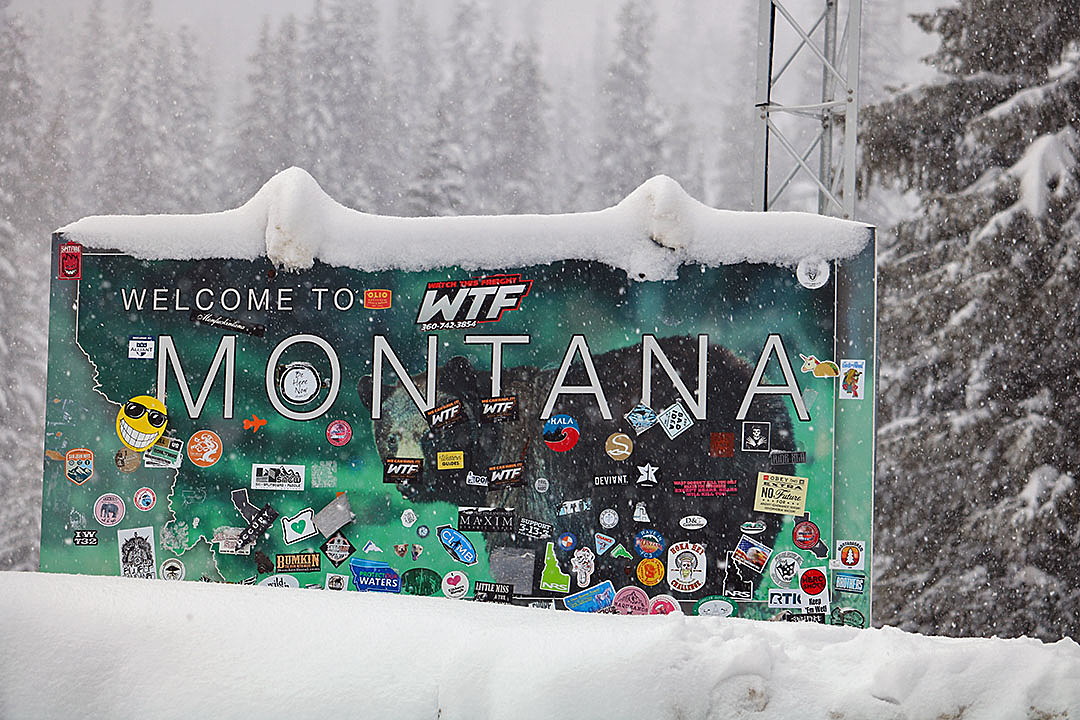 (MTFP) – California, Washington and Colorado are the top states of origin for people who moved to Montana in 2020, the first year of the COVID-19 pandemic, according to tax filing data presented to a legislative interim committee this week.

The study, produced by the Legislative Fiscal Division in an effort to understand how migration patterns will affect the state’s long-term tax revenues, provides some of the first-available hard data on pandemic-era migration trends. Widespread anecdotal evidence already indicates that the pandemic and a subsequent shift toward remote work has brought waves of new arrivals to Montana, bolstering local economies and driving up housing prices across the state.

The fiscal analyst who prepared the study, Sam Schaefer, also used the tax form data to identify where in the state new taxpayers are moving and compare the incomes of new and existing Montanans.

In total, partial-year residents moving into Montana filed 18,077 state tax forms, compared to 11,416 forms filed by residents who left the state over the course of the year — a net gain of 6,661 filers. Because many taxpayers file on behalf of other people in their household, that figure is probably lower than the total number of people who moved into Montana in 2020.

Citing non-tax-filing data, the report says Montana’s population grew by 1.1% overall in 2020 and is thought to have accelerated to “extremely strong” 1.6% population growth in 2021.

The tax data study’s key takeaways include the following:

MOST NEW MONTANANS ARE COMING FROM THE WEST COAST AND COLORADO

Of Montana’s new tax filers in 2020, the greatest share, about 2,500, came from California. Washington and Colorado were also major states of origin, followed by Oregon and other states in the western U.S.

Montanans who moved out of state were most likely to head to Washington, followed by Idaho and Arizona.

On a percentage basis, however, the picture is slightly different. Gallatin County, including Bozeman, ranked highest in the state with 5.2% growth in tax filings in 2020. Behind it were Madison County, including Ennis and the Yellowstone Club (4.8% growth), and Flathead County, which includes Kalispell and Whitefish (4.5% growth).

AT LEAST SOME NEW ARRIVALS ARE HIGH EARNERS

The amount of wealth flowing into Montana with new arrivals has been a particular point of concern in discussions about pandemic migration, particularly among residents worried about income inequality and new arrivals outbidding existing residents for limited housing supplies.

The study indicates new arrivals in 2020 had significantly higher incomes on average than existing Montana residents: about $110,000 for new arrivals versus about $82,000 for current residents.

In contrast, the median income for new arrivals, $42,557, was lower than the median for current residents, a statistical quirk that indicates the average figures may be skewed upward by high earners. The study says the top 10% of new residents had an average income of about $599,000 — nearly double the average income reported by the equivalent slice of Montana’s highest income earners.

Those figures represent federal adjusted gross income, which includes capital gains and business income in addition to wages, and is sometimes adjusted downward to account for things like retirement contributions or student loan interest.

Montana’s wages, which are comparatively low by national standards, have long been discussed as a sort of “scenery tax” that residents pay in exchange for the pleasure of living amid world-class landscapes. The tax study, however, indicates that may be a thing of the past for new arrivals.

Montana taxpayers who arrived in 2019 and stayed in the state through 2020 typically didn’t see their annual income decrease, the study notes. Instead they saw it increase — by 5% for working-age residents, who earned almost $74,000 on average in 2020.

“They came here and got similar-paying jobs or they brought their jobs with them. It wasn’t a scenario where they took a 10% pay cut to live in Montana,” Schaefer said.

While Montana’s pandemic-era migration trends continued into 2021, similar tax data for last year isn’t currently available because many residents haven’t yet filed their 2021 taxes. Schaefer said this week that he expects 2021 data to be available in late fall.

The full Legislative Fiscal Division study is available at leg.mt.gov/content/publications/fiscal/2023-Interim/March-2022/mara-march-2022.pdf

This story was initially published by Montana Free Press