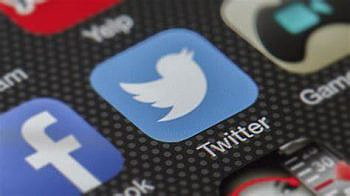 (CN) — Twitter has agreed to sell itself to Tesla CEO Elon Musk, the company announced Monday. The flirtation between Musk and Twitter ended with the industrial and technology entrepreneur agreeing to buy the company for $54.20 per share, his original offer from last week.

“Free speech is the bedrock of a functioning democracy, and Twitter is the digital town square where matters vital to the future of humanity are debated,” Musk said in a statement following the announcement.

He also previewed some immediate action items for changing the company and its platform.

“I also want to make Twitter better than ever by enhancing the product with new features, making the algorithms open source to increase trust, defeating the spam bots, and authenticating all humans,” he said.

While Twitter seemed opposed to the idea, its 11-person board agreed to sell to Musk for $44 billion. Speculation is that the board had little choice as the publicly traded company was slated to announce earnings Thursday. Technology companies have been getting battered so far in 2022, as a run-up during the pandemic combined with runaway inflation has hit the Nasdaq particularly hard.

If Twitter was to announce poor earnings and slower user growth as expected, its stock price could have tumbled into the low 30s or high 20s, at which point it would be difficult to impossible for Twitter board members to make the case that selling the company at a much higher premium was not in the interest of stockholders — board members have fiduciary requirements that legally bind them into acting on behalf of the shareholder’s interest.

Under the terms of the agreement, Twitter shareholders will receive $54.20 per share and the company will then be taken private. Musk has said that taking Twitter private is the only means by which its viewpoint neutrality can be maintained.

“The Twitter board conducted a thoughtful and comprehensive process to assess Elon’s proposal with a deliberate focus on value, certainty, and financing,” said Bret Taylor, the president of Twitter’s board. “The proposed transaction will deliver a substantial cash premium, and we believe it is the best path forward for Twitter’s stockholders.”

Parag Agarwal, who only just assumed the role of CEO in place of founder Jack Dorsey this year, said he is proud of the company’s work.

“Twitter has a purpose and relevance that impacts the entire world. Deeply proud of our teams and inspired by the work that has never been more important,” he said.

Musk announced two weeks ago he took a 9.2% stake in the company, which initially led to a board seat offer. But when the Tesla CEO saw he could not influence the company with a single seat he sought to take the company over.

Some analysts predicted Twitter would have to sell the company to Musk at such a premium given that for most of its stint as a publicly traded company, Twitter has failed to yield a significant return on investment for investors.

However, others argue Twitter is undervalued in the current market. The social media platform boasts nowhere near the raw user numbers of other competing social media platforms, but its influence on the public discourse is outsize: former President Donald Trump frequently admits he could have never become president if not for the platform.

Initially, the board adopted a poison pill in an effort to resist a takeover from Musk, meaning that the company would flood the market with shares once an individual took more than a 15% stake, a frequent tactic used in the 1980s by companies attempting to fend off corporate raiders.

Musk then said he would speak directly with shareholders about his takeover aspirations. That appeared to catch some traction as of Monday morning, as some institutional shareholders said they were bullish on Musk’s track record running big companies.

Musk also lined up financing with Morgan Stanley and others to make the deal more feasible. While Musk is one of the richest men in the world, much of his wealth is tied up in illiquid assets like Tesla stock. Monday’s announcement indicates Musk will put up $21 million and get financing for the remaining approximately $25.5 billion.

Musk has said the impetus for his push to purchase Twitter is the important role it plays in shaping public and political discourse combined with increased content moderation efforts at the company, which some say has become increasingly partisan and overly censorious.

Several Twitter users have been suspended during the Covid-19 pandemic, for instance, for saying things like the coronavirus may have leaked from the Wuhan Institute of Virology or that mRNA vaccines are extremely protective against severe disease and death but do not meaningfully affect transmission.

A prominent example in media circles involves The New York Post reporting on Hunter Biden’s shady business dealings in foreign places that serve as strategic hotspots for U.S. foreign policy practitioners like Ukraine and China. Twitter suspended The Post in the days leading up to the election for spreading misinformation about Hunter Biden’s business dealings and the effect they could have on a Biden presidency, but the reporting has since been corroborated by other major news outlets like The New York Times and The Washington Post.

There is skepticism that Musk’s push toward free speech would be good for the company’s bottom line or the country in general, while others muse that Musk will be unable to make much of a difference at the company due to the entrenched bureaucracy of content moderation already in place.

But Musk will get the opportunity to try.

“Twitter has tremendous potential — I look forward to working with the company and the community of users to unlock it,” Musk said Monday.