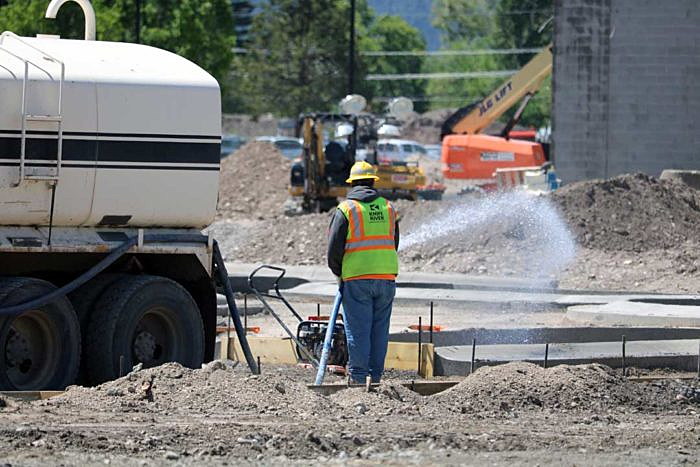 A small subdivision proposal in the Rattlesnake neighborhood has prompted a wider discussion over needed improvements to Greenough Drive and how the city balances limited funding for similar needs in other locations.

Greenough Heights LLC is proposing a 20-lot subdivision on roughly 6 acres of vacant ground in the Rattlesnake. The city also is planning significant improvements to the Waterworks trailhead, one of Missoula’s most popular given its mild grade and sweeping views.

But improvements to Greenough Drive, which feeds them both – along with the rest of the Rattlesnake – remains a distant plan.

“Complete street improvements to Greenough Drive is on our list of projects that we know there’s a need for,” said Aaron Wilson, the city’s transportation planner. “It’s one of our recommended projects for funding.”

Greenough’s recommendation for funding is a significant first step toward future improvements given the city’s long list of needs. Only those projects that meet certain criteria are recommended for funding while others go unfunded.

The decisions are based on a range of criteria, from growth trends to equity. Given that criteria, Greenough – while recommended – isn’t at the top of the list.

“We’re looking at all those priorities together to find the most impactful investments we can make today,” said Wilson. “Greenough Drive hasn’t risen to the level of priority based on all those evaluation methods that we have for prioritizing projects. It’s hard to say exactly when we’ll get to it.”

Once built, the 20-unit subdivision will have to fund its share of improvements along Greenough Drive. But the city will allow the developer and future property owners to defer that work until plans for Greenough Drive are finished.

Wilson said the planning effort will likely begin this summer.

“There is some benefit for holding off on some of those improvements until we know what that design is going to look like,” he said. “Our hope is that in the next year or so, it’s on our list of public engagement to figure out what to do with Greenough Drive.”

Given the current need for improvements, some members of the City Council would like to see that effort sped up. But Wilson cautioned that other projects elsewhere in the city have similar, if not greater needs than Greenough.

“It’s important to keep in mind that yes, we have a subdivision going in on Greenough Drive. But that 20 units might be the equivalent of one apartment going in in another neighborhood. We’re trying to balance where we’re investing our current dollars. We need to factor those growth pressures in our projects.”

Several council members agree that growth pressures in a variety of neighborhoods should be considered when allocating precious transportation dollars for improvements.

Wilson added that other tools could help make those priorities easier to set, including the city’s plans this year to reform its zoning and development codes.

“We can look at where we’re seeing pressures and use that as an opportunity to think about street design standards and how we’re prioritizing projects,” Wilson said. “It’s important to look at those decisions as a big picture. Every time you prioritize one project, you’re not doing 70 other projects you have on the list. We want to make the best decision possible with the resources we have.”