A community advocate, volunteer and promoter of economic growth won another term on the Missoula Redevelopment Agency’s board this week, despite an attempt to block her reappointment.

Members of the City Council praised Ruth Reineking for her years of service, which has included the Missoula Food Bank and the affordable housing nonprofit Homeword. She also has helped spearhead efforts to improve the Midtown district and has played other roles in the community.

Reineking has served on the MRA board for the past four years and was reappointed by Mayor John Engen.

“She has a deep understanding of policy and is familiar with the planning efforts going on in Missoula,” said council member Heidi West. “I’ve had the pleasure of working with her when I was working an affordable housing development in a MRA district. She does her due diligence on projects that come before the board.”

Reineking also has participated on the growth policy committee, the Missoula Midtown Association and as member of the steering committee for the city’s affordable housing policy. Council member Amber Sherrill, who supported Reineking’s reappointment, said she “has the best interest of our community in mind.”

But four council members opposed Reineking’s reappointment, largely due to their opposition to MRA in general. Ward 3 council member Daniel Carlino suggested Reineking was part of an agency that gives “millions for redevelopment for corporate hotels, big banks and market rate housing.” 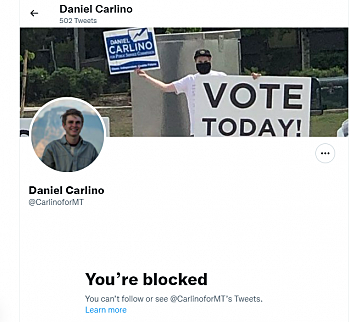 Carlino later took his attacks on MRA to his Twitter feed. However, he has blocked the Missoula Current from viewing his social media platforms. His comments are also misleading, advocates have said, citing state statute.

Montana law dictates how tax increment can be used and how it’s dispersed alongside private development on projects that result in public improvements, such as sidewalks, utility relocations, infrastructure, landscaping and deconstruction, among others.

Last week, Sherrill noted that without MRA’s use of tax increment, other city projects, including affordable housing and homelessness, wouldn’t be possible. Growing the city’s tax based brings in the revenue needed to fund such efforts.

“When I think of MRA and tax increment financing, affordable housing comes to mind – parks, sidewalks and sewer connections,” said council member Mirtha Becerra. “(Reineking) has carried the goals of affordability and affordable housing with a lot of passion and dedication.”