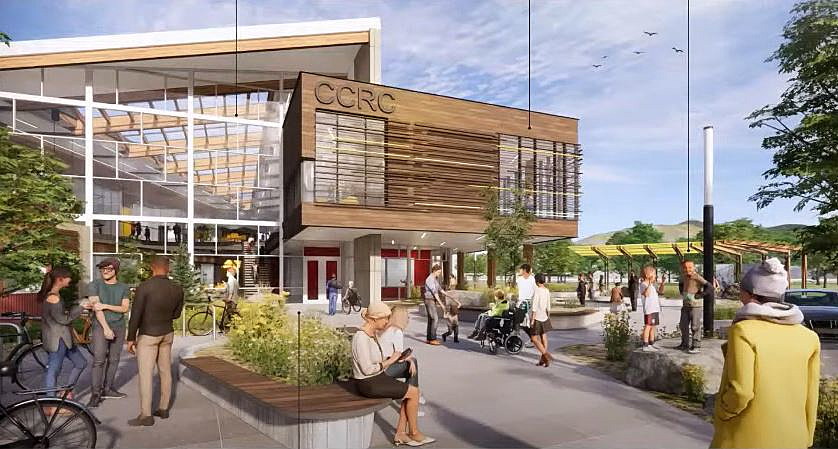 Leaving the debate over funding for another day, the Missoula City Council on Wednesday approved the conceptual drawings for a proposed multi-use indoor recreational facility near downtown Missoula.

The Currents Center for Recreation and Creativity would add around 60,000 square feet to the aquatic center in McCormick Park. The project carries an estimated cost of $44.5 million, though it could potentially generate some revenue.

“This project has been identified for 22 years,” said parks director Donna Gaukler. “We’ve talked about the need for indoor, quality space for years. A lot of people who are excited about this facility weren’t even born.”

As proposed, the facility would extend the offerings of the existing Currents Aquatic Center. It would cater to an audience of all ages with multiple interests, from dance to basketball.

If realized, it would also serve as a dedicated year-round center hosting recreation and cultural activities. That includes a multi-purpose gym or auditorium, a ballroom for social dance and performances, along with classrooms and childcare facilities.

Despite Missoula’s size, Gaukler said, it lacks a dedicated indoor public facility that caters to physical activity and recreation year-round as its sole purpose. The project was included in the McCormick site plan back in 2003.

The Parks and Recreation Board placed its support behind the project back in February. 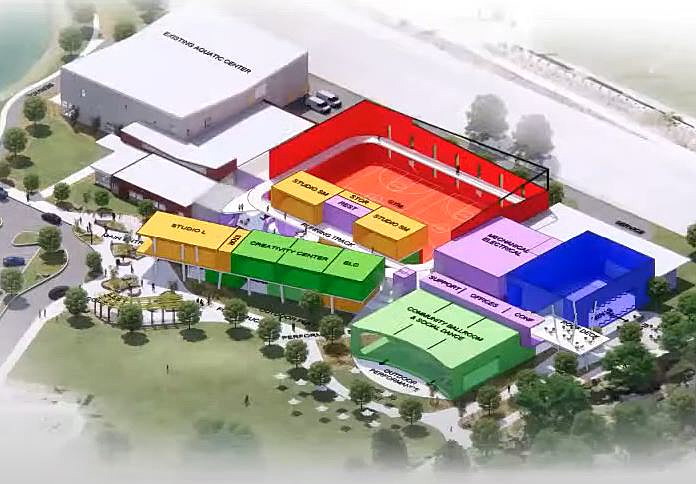 Gaukler said recent community surveys found support for such a facility, with 66% of respondents agreeing that a community center should serve a multi-generational population. As for the conceptual design approved Wednesday, around 84% of survey respondents said it honored the project’s vision.

“This is a public space. The only requirement is that you get to the door, and Missoula will even help you do that,” said project backer Michael Sweet. “We need to continue making investments in the infrastructure of community and not take it for granted. We’re adopting a footprint for the future of Missoula.”

Project backers and the City Council haven’t yet detailed how the facility would be paid for. In the past, a general obligation bond has been discussed. A similar bond was used to build Fort Missoula Regional Park and the new Missoula Public Library.

As proposed, the facility would cost around $44.5 million to build and carry an annual operational expense of $2.1 million. However, between 50% and 71% of that could be recovered through programming.

Wednesday’s vote was simply to approve the conceptual design and had nothing to do with funding.

“This has been a need for a while,” said council member Mirtha Becerra. “I’m happy to see this before us and get the wheels in motion as to how we fundraise and fund this great space for our community.”