New zoning considered by Missoula County last week will limit the development potential of some large properties near the Wye, at least until the county brings water and sewer to the area.

County planner Andre Hagemeier said an infrastructure plan for the Wye is in the works, and it’s just a matter of time before properties near the I-90 interchange are poised for urban-style development, which is what the county is hoping to see.

“That’s an area the county has identified in planning documents as a place where we want growth to occur,” Hagemeier said. “But we don’t have the infrastructure in place right now to support the type of growth we’re looking for.”

A number of land owners north of the Wye are holding out for future development, and some have asked the county to remove zoning that currently limits their properties to as few as one housing unit per 40 acres.

The land-use element adopted by the county in 2019 identifies the area as neighborhood residential and calls for more than eight dwelling units per acre, along with commercial and industrial services and a proper road grid.

But the infrastructure needed to support such development is currently lacking. The county hopes to keep large parcels undeveloped by maintaining limitations on growth. 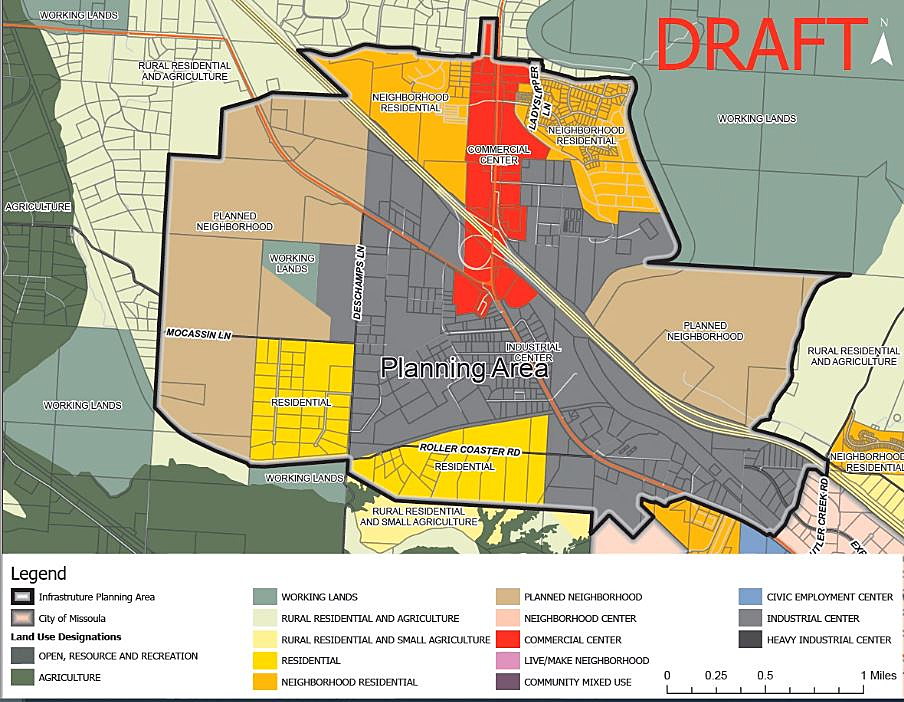 The county in February announced its intent to seek roughly $250,000 in funding to complete an infrastructure plan for the Wye, including public services like sewer and water, a proper street grid and other urban needs.

But much of the county’s growth is currently focused on the greater Mullan area, where work to lay more than $13 million in infrastructure is taking place. Still, the county said the Wye will likely emerge as the next residential and commercial center, though that won’t be possible if large parcels are chopped up into five-acre ranchettes.

But some developers are ready to get started and are reluctant to wait for the county to secure infrastructure funding and begin the work, which could take years to complete. As it stands, some work in the greater Mullan area remains unfunded, nor has funding for infrastructure at the Wye been identified.

“Our team has created a plan to construct a neighborhood there that meets or exceeds the minimum density required under the 2019 land-use element,” said Matt Mellott with Sterling CRE. “But to do that, a zoning designation of neighborhood residential now is critical to make that happen.”

The property eyed by Sterling and its client includes 187 acres and will require a public-scale water and wastewater system to develop. Mellott said efforts to establish state permits and water rights are taking place.

“By zoning these parcels now, it lays the groundwork for investing the time, money and effort to design a permanent utility system to serve Missoula’s population by the Wye,” said Mellott. “By accepting the neighborhood residential for these parcels, the commission will be taking more action for housing in Missoula County and setting the stage for smart growth in the coming decades.”

Other large property owners at the Wye, including Niki Sardot, have expressed similar frustrations with the county’s current zoning. In her 70s, Sardot said she’s “too old to wait” for future infrastructure before capitalizing off her property’s potential value.

Hagemeier said some properties near the Wye will remain underzoned for now while others in the area could see zoning change to accommodate the type of growth the county and many land owners want to see.