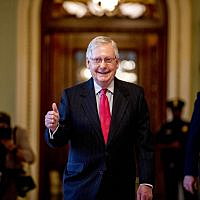 WASHINGTON (CN) — The Senate late Wednesday night passed a roughly $2 trillion economic support bill responding to the coronavirus outbreak that includes direct payments to most Americans, as well as hundreds of billions of dollars for small businesses and industries affected by the pandemic. The core pieces of the package, which passed 96-0 shortly before midnight, include … END_OF_DOCUMENT_TOKEN_TO_BE_REPLACED 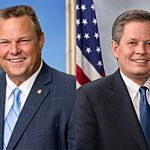 Sens. Jon Tester and Steve Daines both placed their support behind an economic stimulus package negotiated on Wednesday, and while some aspects of the measure remain unpalatable, they believe it will provide relief for small businesses, employees and hospitals strapped by the COVID-19 virus. Tester said the package marked a vast improvement over the previous version, which … END_OF_DOCUMENT_TOKEN_TO_BE_REPLACED

Montanans looking to participate in the June primary election will be able to vote by mail and do so early under a directive issued Wednesday by Gov. Steve Bullock. The governor's directive allows counties to expand voting by mail – a measure already being promoted in Missoula County, which plans to pay the postage for return mail-in ballots. “This is about protecting … END_OF_DOCUMENT_TOKEN_TO_BE_REPLACED

WASHINGTON (CN) – After five days of negotiations, Senate leaders and the White House reached a deal early Wednesday on a roughly $2 trillion stimulus package aimed at rescuing an economy ravaged by the rapid spread of the Covid-19 virus by aiding businesses, workers and hospitals. “At last, we have a deal,” Senate Majority Leader Mitch McConnell announced on Twitter and … END_OF_DOCUMENT_TOKEN_TO_BE_REPLACED 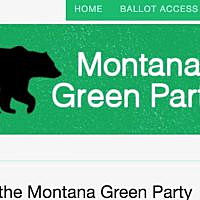 (KPAX) The Montana Republican Party helped finance the effort to qualify the Green Party for the state's 2020 elections, paying $100,000 to groups that hired or financed mostly out-of-state signature-gathers, MTN News has learned. The party confirmed Tuesday that it was behind the effort, but had reported late last month, on documents filed with the Federal Election … END_OF_DOCUMENT_TOKEN_TO_BE_REPLACED