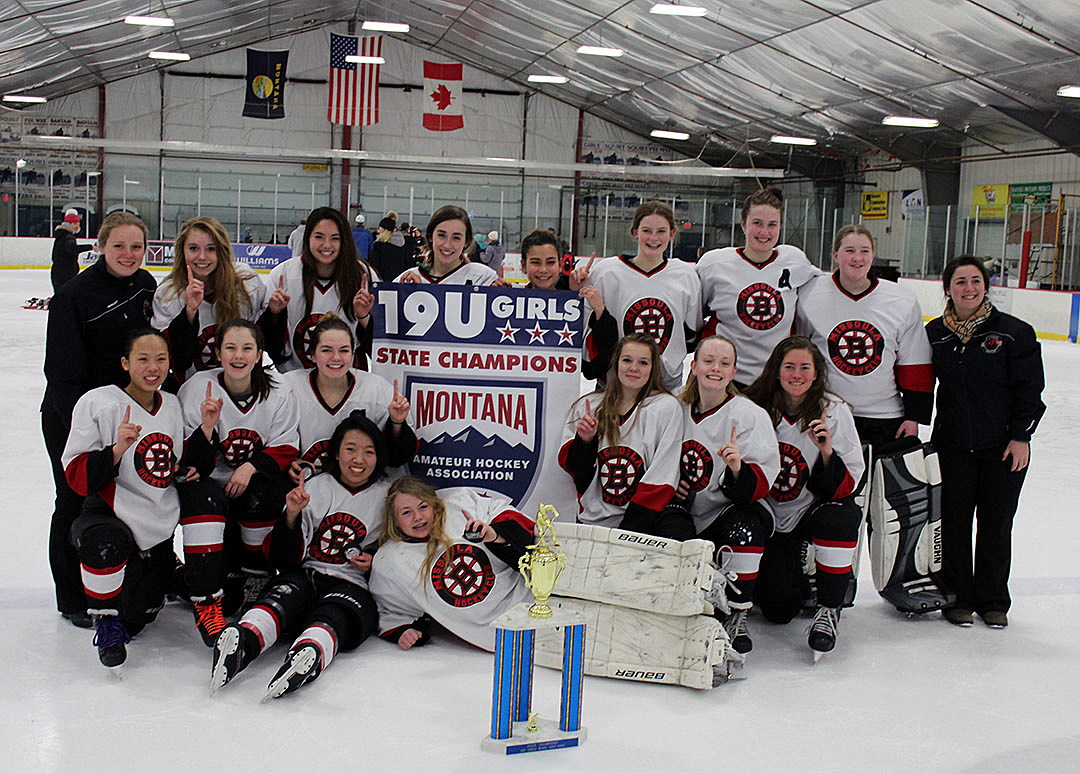 The Missoula Lady Bruins shut out Bozeman 2-0 for the second day in a row to win the Montana Amateur Hockey Association State Championship tournament on Sunday in Bozeman.

It was the second consecutive year in which Missoula beat Bozeman for the state title.

Senior Cassidy Kerzman scored Missoula’ first goal on a pass from senior Sarah Knapp with 2:30 to go in the first period. Missoula went up 2-0 with 10 minutes remaining in the second period on a goal by junior Sid Triepke, who got the pass from eighth-grader Shaye Ewing.

Missoula dominated the game and outshot the Ice Dawgs 45-7. Bozeman senior goalie Emily Gilmore had 43 saves in the game.

The Bozeman coaching staff selected Triepke as the MVP of the game and sophomore defender Jaden Nielsen as the winner of the Hustle Award. Nielsen made a comeback this season after having knee surgery last May.

“It feels great to see this team accomplish all it set out to do this year,” said Missoula coach Grace Hoene. “These girls were on the ice six days a week, including 6 a.m. practice on Wednesday mornings, and they traveled a million miles almost every weekend since mid-November.”

With a four-game sweep at the tournament, the Lady Bruins finish the season with a 29-7-2 record.