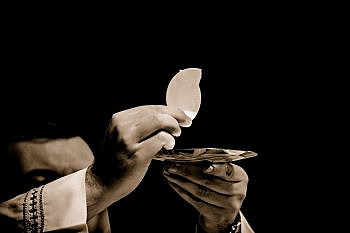 (Havre Herald)  HAVRE – The  West Province of the Jesuits, a Catholic order of priests, has released the names of priests who once served on the Hi-Line and have “credible claims of sexual abuse of a minor” lodged against them.

All of the priests are now deceased.

The Jesuits once staffed Catholic parishes in Havre, Harlem and Hays.

The abuse cases are part of an increasing number of clerical abuse allegations and subsequent cover-up charges in the Catholic church.

Survivors groups say that every province of the order has had allegations of abuse, but none as many as the west province.

“Thankfully, sixteen years after shocking cases of clergy sexual abuse were brought to light in Boston in 2002, there has been significant reform in how the Church and religious orders like ours handle claims of sexual abuse,” the Jesuits said in a statement that accompanied the list of names.

The order said it has “zero tolerance for sex abuse” today.

In the statement, the Jesuits said that just because the priests had “credible claims” did not mean they were guilty.

The order said that in many cases the allegations weren’t made until years after they were committed and often not until the alleged offenders were dead.

The Survivors Network of those Abused by Priests (SNAP) says that the Jesuits often used Indian reservations as “dumping grounds” for abuser priests. There were several priests assigned to St. Paul’s Mission at Hays, which is on the Fort Belknap Indian Reservation.

Other abusive priests were sent to the Cardinal Bea House on the Jesuit-run Gonzaga University. The last one left in 2016.

St. Jude Thaddeus Church in Havre was founded by the Jesuits who continued to serve the church for many decades until diocesan priests took over.

Allegations of sex abuse are not limited to Jesuits. The Diocese of Great Falls-Billings declared bankruptcy when it was unable to pay victims of abuse.

The order encourages anyone who has felt victimized by a Jesuit to contact both Mary Pat Panighetti, advocacy coordinator for Jesuits West, at (408) 893-8398, and appropriate law enforcement and child protective agencies.