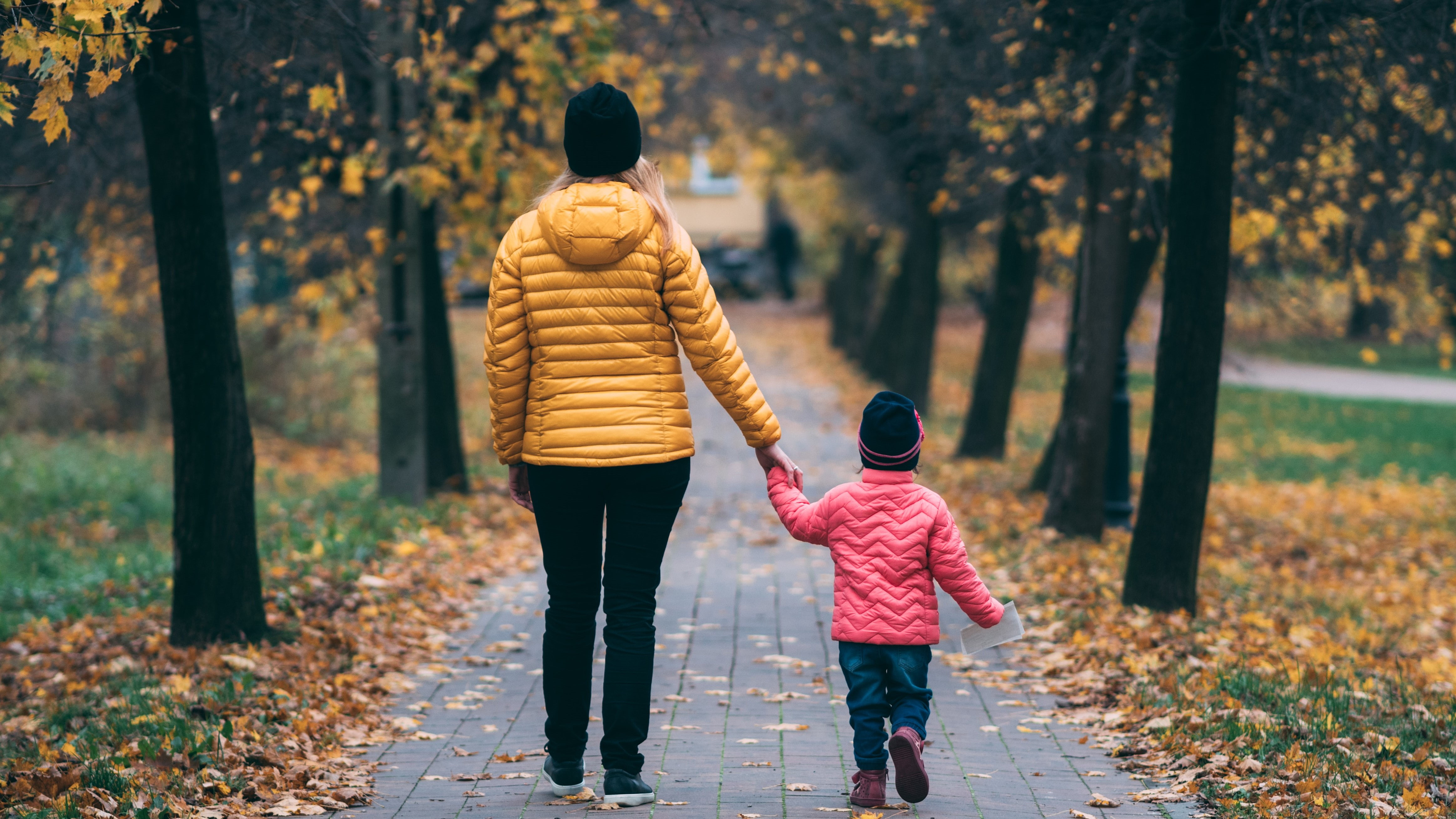 Child abuse and neglect cases in Montana district courts spiked by 130 percent between 2009 and 2015, an increase strongly connected to substance abuse, especially methamphetamine, according to government data.

The correlation between drug use and child welfare cases is undeniable.

But recent data indicates the number of children in foster care has leveled out.

“The number of kids in care has stabilized to approximately 3,900 over the last several months,” according to a recent Department of Health and Human Services presentation.

While that may not sound like a success, it is a significant achievement, the director of the DPHHS, Sheila Hogan, recently said, according to the Great Falls Tribune.

Montana was ranked second in the nation with a rate of 16.8 children per 1,000 in foster care in October 2017, according to Child Trends. Only West Virginia’s 17.8 rate was higher. Montana’s foster care population is 52 percent white and 30 percent Native American.

Most Montana child placements are related to parents’ use of drugs and alcohol.

“Sixty-five percent of all out-of-home placements with the Child and Family Services Division within DPHHS have parental substance use indicated,” according to the DOJ. The most common substances involved in the child placements are methamphetamine (46 percent); alcohol (18 percent); marijuana (17 percent); and prescription drugs (12 percent).

For nine years, alcohol has dramatically lost its influence in child placements. But when it comes to meth, the trend has been the opposite.

A DOJ graph illustrates the trend: 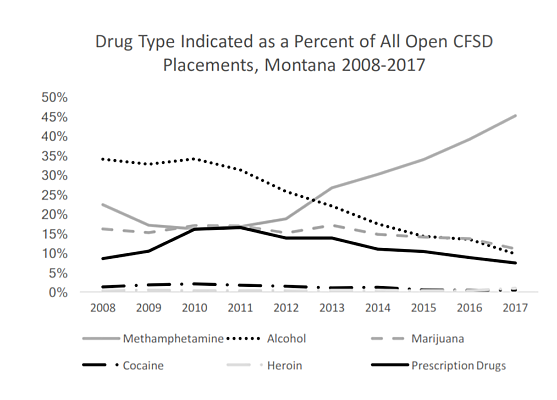 In Hill County, Child Protective Services got involved due to alleged meth use after a Havre woman’s teenage daughter told a school counselor that her mother was using meth around the house, according to court charging documents.

CPS ended up removing four children, including an infant and a toddler, from the home. While gathering clothes for the children, the mother, who was holding a baby, allegedly swung around and hit her child’s head against the door frame so hard it was heard from another room.

The woman was arrested for endangering the children’s welfare, a felony, and the CPS worker took over gathering clothes. As she was doing so, the worker found baggies in the woman’s room with residue in them that later tested positive for meth.

The woman was also charged with misdemeanor criminal possession of drug paraphernalia. She asked, through her attorney, that her release conditions include contact with her children. A judge signed an order allowing her to have contact with the children as Child and Family Services “deems appropriate.”

The woman has since pleaded not guilty to the charges against her and is scheduled for a jury trial Feb. 13. 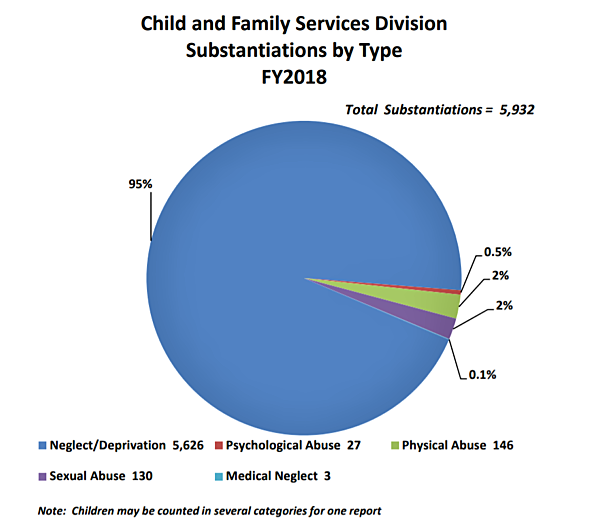 During fiscal year 2018 in Montana, there were 29,343 complaints about child endangerment. About one-third of those calls — 10,466 — were investigated; about 6,000 of the reports were substantiated; and 2,349 reports led to placements, where children were taken out of the home.

Most children are placed with relatives and eventually returned to their parents, DPHHS reports.

Fifty-three percent of all children in foster care are placed with relatives, and eventually 65 percent end up back with their parents.

Children are placed in foster care when a Child Protective Services worker and the court determine it is not safe for them to remain at home.

But some critics believe the government removes some children from their parents unnecessarily, while others have gone so far as to allege that some DPHHS managers have incentivized caseworkers to remove children.

It was while campaigning for Senate District 42 in 2018 that Bob Leach, a former candidate, said he learned the most common concern among Montanans he spoke to was DPHHS’ eagerness to take children away from parents.

“Rich, poor, middle class,” Leach said, people from all socioeconomic groups told him concerns they had about the threat of a government with the power to take children. He knocked on about 1,000 doors during his campaign, he said, and the threat of DPHHS was the most frequent concern he heard, at least 100 complaints.

Before his campaign, Leach said he had no idea this was such an issue. Now, he’s convinced it’s a legitimate concern and although he’s not exactly sure what he could do about it since he’s not a legislator, he says it’s something he’s going to speak out about.

In July, a group protested at the Cascade County Courthouse against DPHHS “illegally kidnapping their children,” according to regional reporting.

“They’re kidnapping children on a daily basis to meet their quotas for their federal funding,” one of the protesters told a reporter, touching on allegations a former DPHHS caseworker made to another Montana newspaper.

The Daily Interlake reported that a former caseworker at the Kalispell office and others claimed some Child and Family Service workers in management positions abused their leadership roles by demanding that workers remove children from homes without sufficient cause.

The InterLake tried to contact local Child and Family Services managers, but questions about the allegations were answered by the director, Hogan:

“We understand this [InterLake] article may contain various allegations made by former CFSD (Child and Family Service Division) employees no longer with the department. It is our obligation to ensure that children are safe, and we take this responsibility very seriously,” Hogan said in her statement.

In regard to the bodily injury bill, opponents including the DPHHS, argued the “serious bodily injury” would not adequately protect children who were being sexually or emotionally abused, or when there was domestic violence or drug abuse in the home. 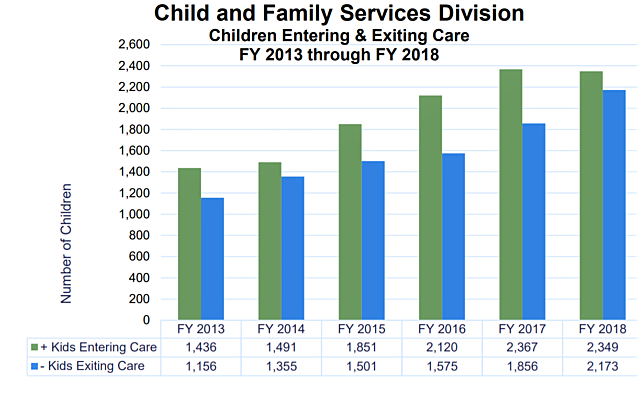 The number of children taken from their home has decreased, DPHHS emphasizes.

“Currently, there essentially hasn’t been any growth for the past year. That is what we mean by the number of children entering care has stabilized. The number of children in care has been at about 3,900 for the past year. In fact, it’s below 3,900 right now at 3,870,” Ebelt of DPHHS told the Herald. “We make every effort to keep children safe within their home. To this end, CFSD provides in-home services to preserve, strengthen and stabilize families.”

DPHHS stresses that reunification is the primary goal for the child.

Child and Family Services lists several services it provides to help meet the goal of getting children back with their parents. The services include:

Recently, Hogan lauded the success of the First Years Initiative.

Through the initiative, families “touched” by the child protective system are referred to home visiting services in an attempt to reduce out-of-home placement in the foster care system, Hogan had said. The initiative was launched last year in 13 sites that cover 14 counties, including Hill. In 2017, before the launch, there were 157 referrals. From Jan. 1, 2018 to July 31, 2019, there have been 955 referrals to home visiting sites.