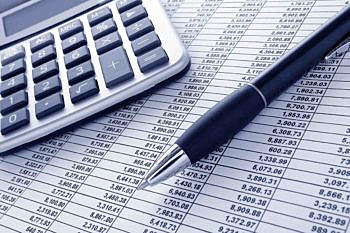 The Missoula City Council on Wednesday amended the final resolution setting its budget for Fiscal Year 2018 and pledged to improve the process in the coming years to avoid what’s been described as a clerical error.

While the monetary difference between the preliminary and final resolution stands at $25 million, the city’s budget director and chief administrative office said it represents little more than an easily fixed clerical error.

Amending the resolution to reflect the final figures adds nothing new to the city’s budget and doesn’t change mill levies set earlier in the year.

“The budget is not changing by $25 million,” said Ward 6 council member Marilyn Marler. “This is a clerical error we can address with a procedural change going forward. This is not a crisis.”

The City Council approved its preliminary budget resolution in July after a series of public hearings. The initial document set the city’s annual spending and the appropriation of known funds as required by state law.

But as in years past, several funding streams remain in flux well after the state-imposed deadline. Such changes include taxable values released by the Montana Department of Revenue and budget expenditures, both of which change the final budget figures.

Leigh Griffing, the city’s finance director, said the clerical oversight, announced earlier in the week, led some to believe that the city’s budget had ballooned by $25 million, which it has not.

“These are budgeted items that were not added into the resolution totals,” Griffing said. “They were discussed as budgets and were presented to City Council. They are not new expenditures out of the blue.”

Griffing said the amended resolution doesn’t mean the city is spending more than it projected. Nor do the changes add new expenses to the budget.

Rather, she said, the amendment accurately captures the expenses already approved by the City Council. Taxes will not go up because of the amendment, she added.

“It doesn’t change city mill levies, which have already been set, and it doesn’t change utility rates,” Griffing said. “There are so many moving pieces in a $100-plus-million budget. We’re trying to figure out the best way to do this next year.”

One of those early suggestions includes asking the council to adopt a preliminary budget resolution ahead of the date required by state law, then follow with a final resolution once the state releases the latest figures on taxable values.

Ward 1 council member Bryan von Lossberg said the council does receive the mayor’s budgetary letter each spring, which includes the prior year’s revenue and expenses. That, he added, provides context to the process and establishes year-over-year changes.

Marler agreed, adding that the process could be improved but the last-minute changes shouldn’t come as a surprise. Last November, the council agreed to start the budgeting process earlier in the year and keep closer tabs on city goals.

“I feel like the budget process gets better every year, but it’s still a difficult process,” Marler said. “I feel like we do see the whole budget and have a chance to look at all the components of the budget, it’s just that it’s huge.”