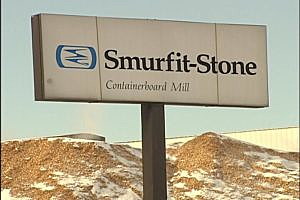 Policy changes and deep cuts proposed by the Trump administration to the U.S. Environmental Protection Agency would hinder the cleanup of several industrial sites in Missoula County and limit their potential for redevelopment, commissioners said Thursday.

Commissioners became the latest to voice concerns over EPA Administrator Scott Pruitt’s pledge to cut the Superfund program’s budget by 30 percent while making other policy changes to the agency he heads.

The county’s Board of Commissioners will send a letter to Sen. Jon Tester, urging him to resist the cuts, including those that could potentially obstruct progress at the former Smurfit-Stone Container Corp. pulp and paper mill in Frenchtown.

“We have prime examples of where the system has helped our community,” said Commissioner Jean Curtiss. “We’ve just gone through a whole period of trying to figure out how to get tax money back into Frenchtown. In order to do that, we’re going to need to get that land back into production, and the only way to do that is to ensure that it’s clean.”

Commissioners said the county has a long history dealing with federal and state Superfund sites. It took nearly three decades of work under the Superfund program to rid the Milltown Reservoir of toxic mining wastes and to remove its dam. The site now serves as a state park.

The county also has been involved in the cleanup of the former Bonner mill, White Pine Sash and the Missoula Sawmill sites. The cleanup of such industrial sites has resulted in a wider community benefit, commissioners contend.

But that work hasn’t been completed in Frenchtown, where the EPA continues to test the property for contamination and offer proposed solutions. If the budget cuts are approved, the county fears, they would hamper progress at Smurfit-Stone.

“I have yet to hear a compelling case that cutting EPA’s budget will result in additional testing at Smurfit-Stone, which is exactly what we want done out there,” said Commissioner Dave Strohmaier. “If someone can make that case to me, that we’ll end up with a clean site sooner rather than later by cutting the budget, then bring it on.”

While Pruitt has pledged to make the Superfund program an EPA priority, he also has proposed cutting the program’s budget by 30 percent. Opponents fear the cuts will reduce the agency’s staffing and stall what the county describes as an already slow process.

“Our experience is that when investigations and cleanup are hurried, at lower cost, the results are incomplete data, inadequate cleanup and poor decisions that have to be fixed later,” the county wrote in its letter to Tester. “This transfers the ultimate costs to future owners and taxpayers.”

Commissioner Cola Rowley said the expedited cleanup of the Bonner mill site led to an on-site waste dump that grew six times in size as the PCB cleanup grew. Now, she added, the toxic dump is hindering economic development.

“It was expedited, so they leave this giant PCB pile that’s still there,” Rowley said. “We can’t redevelop that site. It would have cost around $800,000 and now to clean it up it’s millions of dollars, and it would have to be paid for by the taxpayers or the new property owners. When you rush the process, that’s the sort of thing that ends up happening.”

Rowley added, “I think we’d all agree that the EPA process is slow and could be streamlined and expedited, but not at the expense of doing a good, thorough cleanup where you can redevelop afterwards.”

Earlier this year, the Clark Fork Coalition, the City-County Health Department, members of Montana 350 and other groups also urged Montana’s congressional delegation to resist the cuts proposed to the EPA.

They said future cleanup of the Clark Fork River could be jeopardized and that summer smoke resulting from wildfires could become more profound. The cuts, they added, would have lasting impacts on public health, environmental cleanup and local economies.