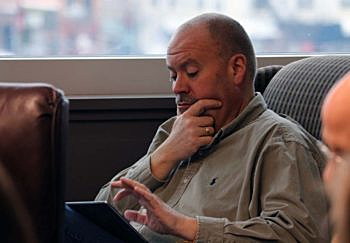 The Montana Commissioner of Political Practices on Friday dismissed a complaint filed by a Missoula attorney alleging Mayor John Engen’s campaign had accepted corporate contributions without disclosing them on finance reports.

In his decision, state commissioner Jeff Mangan determined that Engen violated neither of allegations presented by Quentin Rhoades and ultimately dismissed the case.

On Wednesday, Rhoades filed his complaint with the state, saying Engen’s campaign had been provided a downtown commercial office for less than the market rate.

However, Mangan determined that the campaign was paying $20 per square foot to lease the 180-square foot office. That resulted in the $300 monthly charge indicated on Engen’s campaign finance report, which falls within the market lease in the district.

“The finance report the Engen campaign filed said it had rented “suite 3,” which was consistent with the announcement of the open house,” Rhoades said Friday. “Meanwhile, it told the investigator, it seems, that in reality, it was only renting a tiny portion of suite 3. No investigator bothered to even visit the space to resolve the contradiction in evidence.”

Rhoades also contended that Engen had accepted an in-kind contribution from the Missoulian, a local newspaper, and its corporate owner Lee Enterprises. He believes that contribution came when the Missoulian paid for a Facebook ad to boost its own endorsement of the mayor.

Mangan said the Missoulian, as a practice, pays to automatically boost its content over Facebook whenever that content receives a certain number of “likes.” He found that Engen had no role in the corporate paper’s decision to boost its endorsement.

“The Engen campaign did not request or coordinate with Lee Enterprises in the decision to boost the post, and were unaware that the post would be sponsored,” Mangan wrote.

In determining whether the Missoulian was functioning within its legitimate press function, Mangan said he considered two factors, including whether the paper’s communications are available to the public.

Second, he considered whether the communications were on par with those typically issued by the paper. Because the Missoulian’s endorsement was available to the general public, and because it’s the type of activity the paper generally practices, he determined no violation had occurred.

“The commissioner finds that it is a legitimate press function for a newspaper to promote its own original content on other platforms in order to generate interest in and business to the newspaper itself,” Mangan wrote. “Therefore, the cost of “boosting” its own original content on Facebook is not an expenditure regulated by Montana’s campaign finance and practices law.”

Rhoades said he was disappointed with the state’s decision.

“The lack of deliberation is troubling,” he said. “I’m disappointed on how little effort went into the investigation.”