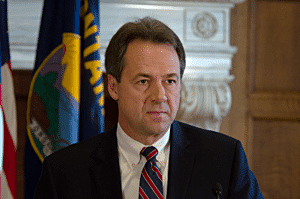 As it stands, Bullock said, the Tax Cuts and Jobs Act “poses significant problems” for the state and would likely reduce revenue in the general fund by $122 million per year.

“Several provisions would wreak havoc on our state budget,” Bullock wrote. “With the legislation heading to a conference committee to address the drafting, clerical and numerous other errors in the version passed by the Senate, I would ask for your bipartisan support in making sure Montana and other states’ budgets are left whole in any further versions of the bill.”

Bullock said the Montana Department of Revenue estimates that a number of changes to both federal corporate and individual income taxes would reduce revenues in the state’s general fund by $122 million per year, or $244 million over the biennium.

“Treating a portion of this income as a deduction significantly reduces revenue to the state, to the tune of $82 million this biennium,” Bullock said. “These benefits go primarily to wealthy individuals and corporations, not main street Montana businesses.”

Don Dodds, a senior economist who reviewed the tax plan for the state, told the director of the Montana Department of Revenue that a number of proposed changes to the tax plan would affect Montana, largely due to federal taxable income.

Dodds said the Senate version cuts rates and narrows the tax base. And while the House version would increase state income tax by about $30 million, it would cause larger reductions in other state revenues.

“If either of these bills become law, the state will have to reduce spending, increase other taxes, or amend its laws to prevent the revenue loss,” Dodds wrote in his analysis.

In response, Tester on Monday sent a letter back to Bullock, saying he shared the governor’s concern.

On top of lost revenue to the state, Tester said the bill would add another $1.5 trillion to the national debt while disproportionately benefiting multi-national corporations and the nation’s wealthiest earners.

“This bill … was crafted in the dark of night with no bipartisan input from the American public or from members of Congress on the other side of the aisle,” Tester told the governor. “I remain extremely concerned about the unintended consequences this legislation will have on families, businesses, and the state of Montana.”