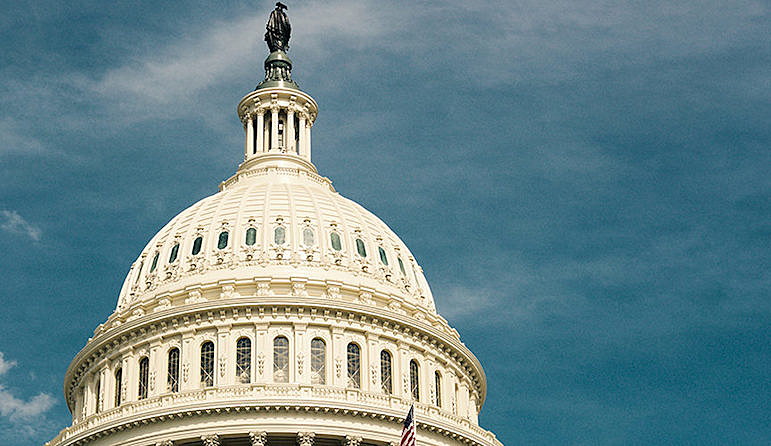 HELENA — Campaign finance watchdogs were waiting on pins and needles this week in anticipation of the final text of a massive  bill to fund the federal government. That’s because earlier drafts of House and Senate appropriations bills contained a series of so-called “poison pill” riders that critics said would have reshaped campaign finance laws.

The series of riders, dubbed “Citizens United 2.0” by some, would have opened the door to even more corporate dark money in campaigns and would have effectively repealed the “Johnson Amendment,” a 1954 law that that prohibits 501(c)(3) tax-exempt nonprofit organizations — including churches — from endorsing or opposing political candidates. Supporters of the Johnson Amendment say its repeal would have opened the door to an estimated $1 billion in new corporate spending in elections.

Relief spread among supporters of campaign finance regulations late Wednesday afternoon when the final text of the 2,232-page omnibus spending bill was finally released to the public.  The most significant of the controversial campaign finance roll-backs were not included in the $1.3 trillion spending package. Not only that, the bill also included $380 million in new funding for states to enhance security systems for voting technology. Montana is poised to receive at least $3 million in funding to stiffen election security.

President Donald Trump signed the bill into law on Friday.

The concerns of campaign finance watchdogs heading into the week centered on riders tucked into earlier iterations of the spending bill that would have:

♦ Blocked enforcement of the Johnson Amendment, allowing tax-deductible secret money to flow through churches and other nonprofits.

♦ Stopped the IRS from creating clear definitions for nonprofit engagement in politics.

♦ Prohibited federal contractors from being required to disclose their political spending.

♦ Stopped the U.S. Securities and Exchange Commission from requiring companies to disclose their political spending.

Stephen Spaulding, of the national anti-corruption watchdog group Common Cause, was among those worried that the the riders would have had a dramatic impact on the 2018 election if they made it into the must-pass spending bill. Spaulding said the measures would have ushered more unaccountable, secret money into our elections, provided big donors an opportunity to circumvent contribution limits, and prohibit government agencies from doing their job to enforce the law.

“The IRS, SEC, and federal contractor riders have slipped into previous must-pass spending bills in years past,” Spaulding said. “The Johnson Amendment rider and the party coordination limits are new – and [would] do profound damage to the integrity to what’s left of our campaign finance laws.”

Sen. Jon Tester, D-Mont., was the sole member of Montana’s federal delegation to vote in favor of the spending bill. Tester has been an outspoken critic of the Supreme Court’s 2010 Citizens United ruling that unleashed unprecedented amounts of corporate spending in elections. Tester is also a co-sponsor of a bill that would require any organization or individual who spends $10,000 or more on a political campaign to report it within 24 hours.

Prior to the release of the full text of the omnibus bill, the Montana Free Press asked Tester whether he would support a spending bill that contained the campaign finance riders contained in earlier versions.

“Our nation’s campaign finance system is broken,” Tester said in an emailed statement. “The flood of money and the secrecy around who is trying to influence our elections is a threat to our democracy. That’s why I’m defending Montana against special interests who are hell-bent on buying our elections.”

Tester did not address the riders directly, though his staff said he opposes repealing the Johnson Amendment.

Dark money is political campaign spending in which the source of spending is not disclosed. While Tester has been a critic of corporate “dark money” in elections, he was also the beneficiary of a $500,000 TV ad buy in the waning days of his 2012 re-election campaign that was funded in part by nonprofit groups that don’t disclose their donors.

Montana’s junior Sen. Steve Daines, a Republican, voted against the spending bill. His office did not respond to requests for comment on the campaign finance riders.

Freshman Rep. Greg Gianforte voted against the bill in the house Thursday, though it does not appear the campaign finance provisions had anything to do with his opposition to the measure.

“The spending bill that passed today opens further the already rushing spigot of spending,” Gianforte said in an email statement Thursday after the House vote.  “This bill was written to appease [Senate Minority Leader] Chuck Schumer and Senate Democrats’ voracious appetite to grow the size and scope of the federal government while using the future of our kids and grandkids as collateral. I will continue working to protect our way of life from irresponsible federal policies, including Washington’s reckless spending that is leading us down a path of fiscal ruin and jeopardizing our future.”

The Montana Free Press repeatedly inquired about Gianforte’s position on the campaign finance riders, but neither he nor his staff directly responded to those questions.

The first prevents the Securities and Exchange Commission from enacting rules that would require companies to disclose their political spending to their shareholders. The second prevents the Treasury Department and the IRS from drawing up rules that specifically define what 501(c)(4) nonprofits can and cannot do in elections. The third prohibits federal contractors from being required to disclose their political spending.

“Public Citizen applauds the removal of many of the proposed poison pill policy riders and the hard work of the minority to remove unpopular and damaging policies from the final deal,” Gilbert said.

“While we are disappointed with the inclusion of a provision that makes it hard for the U.S. Securities and Exchange Commission to finish its critically important political spending disclosure rule as well as two other anti-disclosure provisions, we are happy that so many of the hundreds of newly proposed poisonous provisions will not see the light of day.”

John Adams is the founding editor of The Montana Free Press, where this story was first published. The story on the Free Press site includes numerous links to documents connected to the case.