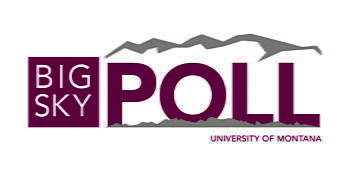 Montanans are divided over the job performance of statewide elected officials, but generally disapprove of recommendations from the U.S. Department of Interior to reduce the size of national monuments, according to a new poll.

The inaugural Big Sky Poll, released this week by the University of Montana, asked Montanans to rate the job performance of their elected officials from excellent to poor.

On the flip side, 37 percent of voters said Gianforte was doing a poor job, followed by Daines at 26 percent, Tester at 25 percent and Bullock at 17 percent.

The poll also asked Montanans whether they approved or disapproved of Secretary Ryan Zinke’s recommendations to decrease the size of national monuments.

Of the respondents, 29 percent approved and 62 percent disapproved of Zinke’s recommendations, while 9 percent refused to answer or did not know an answer to the question.

The poll was conducted via telephone between Feb. 1 and Feb. 19 with 603 randomly selected Montana registered voters. The poll has a margin of error of 4 percentage points.

The Big Sky Poll will be offered on an ongoing basis with its next iteration planned for fall 2018.