Four Republicans vying to win Montana’s seat in the U.S. Senate praised President Donald Trump during Wednesday night’s candidate forum in Missoula and made their case for being the best conservative to unseat incumbent Sen. Jon Tester this November.

Held in a small Missoula real estate office with seating for roughly 60 people, the second GOP candidate forum was moderated by three Republican legislators before an audience comprised mostly of party faithful.

The media was not permitted to ask questions during the forum.

The four candidates, each seated at the same table, agreed on nearly every topic, from gun rights to immigration. Their differences came from their demeanor and style of presentation, whether tactful or bellicose.

On the issues, all four candidates agreed that more should be done to cut regulations to open forests to logging and fuel removal, a move they believe would reduce wildfires and rekindle the state’s defunct timber mills.

None of the candidates mentioned climate change at any point in the evening, though several honed in on the Endangered Species Act.

Al Olszewski and Downing said local input should play a larger role in forest management, though they didn’t go so far as to suggest that federal lands should be placed under state control.

Litigation must also be addressed, they said, to stop what Downing described as “environmental activists who don’t have any skin in the game from coming in here and telling us what we can and cannot do with our forests.”

Russ Fagg lamented the loss of mills and the jobs they once provided.

“What I propose to do is bring everyone together, the conservationists, the local citizens, the sportsmen, the industry people, and talk about it,” Fagg said. “What is a sustained way we can utilize this resource for this generation and future generations?” 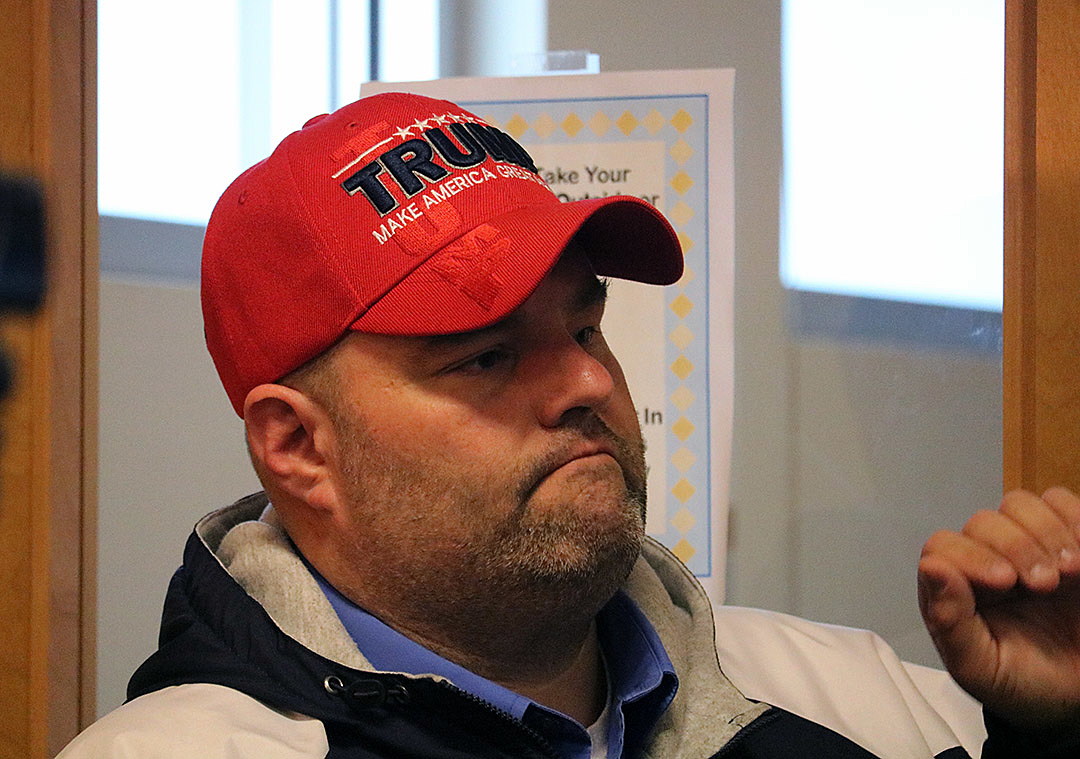 The candidates were also asked if they supported semi-automatic weapons, and if “keeping firearms out of the hands of law-abiding citizens would reduce gun crime.” That question was posed by moderator Brad Tschida, a Republican legislator representing west Missoula.

Downing said he visited the gun range as the march took place in Washington, D.C., in which students who survived the Florida school shooting led millions of others across the country in calling for gun reform.

“The Second Amendment is about your God-given right to protect yourself and stand up for tyranny,” Downing said, downplaying the national march. “That has nothing to do with semi-automatic, or whether it’s a hunting rifle or what kind of magazine it has.”

Fagg also stated his support for the Second Amendment and said the problem of gun violence in America can’t be fixed with what he called a band-aid approach built on more regulations or banning semi-automatic weapons.

Rather, he said, it was a sociological problem and a mental-health issue.

“The problem is, criminals don’t pay attention to laws or regulations,” Fagg said. “We need to go to the heart of the problem and not go have some sort of band-aid approach.”

In his reply, Olszewski said schools should be hardened against outside threats. He recalled the 1995 Oklahoma City bombing that killed 168 people.

“Was it guns? Was it a semi-automatic weapon? No,” said Olszewski, who spoke at a shout much of the night. “It was fertilizer and diesel fuel. It’s not the weapon that causes the evil. It’s the person that has evil inside that causes the problem.”

Rosendale boasted of his lifetime membership with the NRA and the bills he carried in the Legislature to support the Montana Shooting Sports Association. He said he couldn’t support taking one person’s rights away to protect someone else.

“What we have to do is go where the problem is,” Rosendale said. “Every one of these horrific incidents where innocent victims – where lives have been lost – always contain two elements – gun-free zones and mental illness.”

All four candidates said they believed Trump would serve as an asset during the November election rather than a hindrance, and they each agreed that the federal deficit must be brought under control.

At the same time, however, they support spending billions to build a wall on the Mexican border, and they praised Trump’s tax reform bill, which could cost $2.2 trillion over 10 years, according to the Committee for a Responsible Federal Budget.

They also said they would not have voted for the recent omnibus bill signed by the president last week. Several called for austerity measures to rein in the deficit, including Olszewski, who suggested that Montana had become a “welfare state,” and that America was a “welfare nation.”

“Let’s just call it what it is,” he said. “We’re going to have to reform it and bring in those costs.”

On the omnibus bill, others agreed that spending must be addressed, though they labeled the challenge in different terms.

“Every democracy eventually goes broke because people take money out of the public treasury to continue to get reelected,” said Fagg. “That’s precisely what that omnibus bill is. We have a good economy and the lowest unemployment in 17 years, and this is the time we should have balanced budgets or surplus budgets.”

Rosendale cited the spending bill as an example of Washington, D.C., legislation, in which various projects were added to garner votes.

“They continued to buy votes,” he said. “That’s why I’m a strong advocate of having single title legislation, so everything can be voted up or down on merit and you can’t go in there and attach different ornaments to the Christmas tree until you buy enough votes to pass it.”