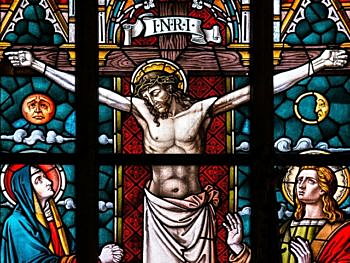 People who donate to scholarship funds at religious schools should be able to receive a tax credit for their gifts, attorneys for parents of religious school students argued before the Montana Supreme Court on Friday.

Parents of students in Kalispell sued the Montana Department of Revenue in 2015, seeking to bar the state from prohibiting tax credits on gifts to scholarship organizations at religious schools. Flathead County District Court agreed with the parents, prompting the state to appeal to the Montana Supreme Court.

Plaintiffs Kathy Armstrong, Jerry Armstrong and the Association of Christian Schools International brought the case against the department and its director Mike Kadas.

The seven-justice Supreme Court panel convened Friday in a public forum at the University of Montana.

The Montana Legislature established the tax-credit program in 2015 to allow people to donate to scholarship organizations at public, private, and private religious schools. Under the scholarship program, people can donate up to $150 for the academic scholarships and receive up to $150 in a tax credit. When the money is donated, the money passes through the state’s coffers to the students who are awarded the scholarships, with a tax credit going to the donor.

Even though the money is donated voluntarily to the scholarship funds, attorneys for the Montana Department of Revenue argued Friday that the money belongs to the state. The Montana Constitution’s no-aid clause was intended to prohibit state aid to religious education, including aid that flows indirectly through private intermediaries.

Supreme Court Justice Dirk Sandefur, during Department of Revenue chief legal counsel Dan Whyte’s rebuttal, wanted to know how the department classifies the scholarships. “It’s clear that it’s an indirect payment,” Sandefur asked. “But to whom?”

Whyte said the pass-through donations, which wind up as tax credits, are “aid-in-kind” to religious organizations.

Plaintiff attorney John Mercer argued that tax credits or a tax refund are the property of the individual that claims them. “They are not an appropriation” by the state to an individual, he said.

“That’s our money,” Whyte said. “A tax liability is the property of the state, not the taxpayer. That’s part of the public budget.”

Sandefur reasoned “it’s a jump” to conclude the donations are directly benefitting a religious school when the intended recipient of the scholarship is a student, and the donor of the money gets a tax credit – not the school.

Other tax-credit-based programs exist throughout the United States, and Mercer said similar programs in Florida and Georgia do not violate their state constitutions regarding aid to religious organizations, since the money goes to the scholarship recipients and not the schools. Montana’s tax-credit scholarship program is patterned after Arizona’s.

“You’d be taking Montana off the course” of what other states are doing, Mercer said.

Montana’s budget office sets a cap on the tax credits at $3 million. Once that cap is met, no further scholarships can be allocated from it. The money that is allocated for the scholarships is simply a cap, not an appropriation or budget amount, Mercer said.

Plaintiff attorney Richard Komer of the Virginia-based Institute for Justice said the Department of Revenue’s attempt to quell the tax-credit scholarship program is a violation of Montana’s equal protection clause, the establishment clause and the exercise of free speech clause, and the federal parallels to those statutes. Without the department’s interference, “This program is constitutional,” Kormer said.

While money for the scholarships can be used for public school scholarships, Whyte said 90 percent of the money collected through the tax-credit program goes to students at religious schools.

The American Civil Liberties Union of Montana has filed a brief in support of the Department of Revenue. The Montana Quality Education Coalition, Americans United for the Separation of Church and State, and the Anti-Defamation League have also signed on in support of the department.