Residents of Missoula’s lower Rattlesnake neighborhood are worried about the future of Prescott School – and the land it occupies at the base of Mount Jumbo, a neighborhood leader told City Council members Monday night. 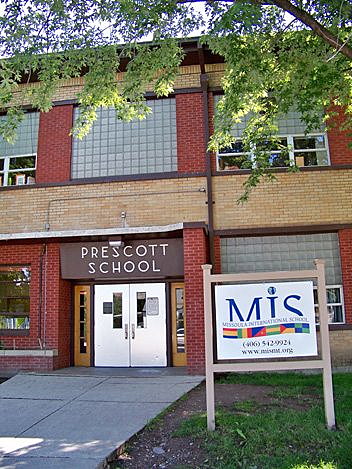 Paul Hendricks reported on the most recent neighborhood council meeting, one that included a discussion with Missoula County Public Schools trustee Heidi Kendall about the “future fate” of Prescott School.

That program has been so successful that MIS has actually outgrown Prescott School, so has launched a $7 million capital campaign to construct its own building on four acres in central Missoula.

Once MIS leaves the lower Rattlesnake, Hendricks said Monday, neighbors are worried about the future of the Prescott building.

Missoula County Public Schools still owns the building, so could lease it to another user, he said. “or it could be sold to a developer.”

There’s the rub for the neighborhood, according to Hendricks, as the property is zoned for up to 16 housing units.

“That continues to be a concern for members of the lower Rattlesnake neighborhood,” Hendricks said, “because we really don’t have another open space or meeting space if Prescott goes away.”