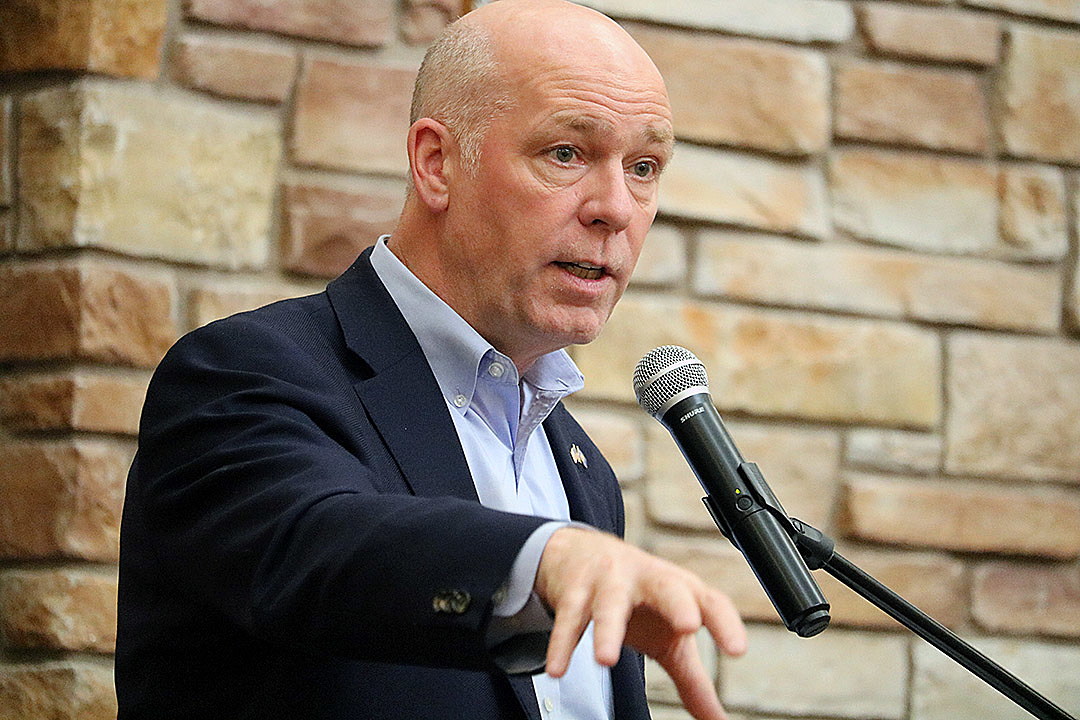 After his Resilient Federal Forests Act stalled in the U.S. Senate last year, Rep. Greg Gianforte changed tactics, working to break the bill into smaller pieces and tuck them inside must-pass legislation facing lawmakers in the Senate.

So far, that effort has met with some success, including new vegetative management policies, a partial repeal of the Cottonwood Decision, and some categorical exclusions to remove hazardous fuels.

Most of those were passed in the recent Omnibus Bill.

“This piecemeal approach isn’t ideal, but it is allowing us to move the ball down the field toward the end zone,” Gianforte said. “But there’s more we have to do to prevent these devastating fires.”

Gianforte, who addressed the Montana Coalition of Forested Counties in Missoula on Tuesday, has blamed litigation for lapses in forest management and last year’s devastating fire season, which burned 1.2 million acres across the state.

And while he saw some elements of his forest act pass in the Omnibus Bill, he’s now looking to go big by slipping other pieces into the Farm Bill – offering categorical exclusions for certain projects and, eventually, eliminating the use of courts to hold up projects.

While pinning elements of his forest act to the Farm Bill increases their chances of passage, he said, other elements didn’t make it in, including efforts to reform environmental reviews by requiring an action/no action alternative.

“To put an end to these frivolous lawsuits that tie us in knots, we’ve got to work on Equal Access to Justice reform,” Gianforte said. “We should be implementing this arbitration pilot project that allows us to resolve disputes through arbitration rather than the courts. We’ll keep working on this.”

While Gianforte believes such reforms will enhance forest management, opponents see it as an effort to circumvent the public process, whether it’s hindering environmental reviews or eliminating the right to challenge a flawed federal decision on public lands in court.

“I’m always skeptical of any approach that limits the public’s access to the legal system,” said Missoula County Commissioner Dave Strohmaier. “It drives additional wedges into the conversation, and it’s not particularly healthy in a conversation about limited public involvement to – at the same time – be talking about expanding a categorical exclusion that has the potentially unintended consequence of running roughshod over the very resources that we’re trying to manage effectively.”

Then, as on Tuesday, Gianforte said litigation has crippled forest management, resulting in poor forest health and last summer’s outbreak of wildfires.

“We today have a litigation problem that’s tying the stewards of our forests in knots so we can’t get into the woods and manage them,” Gianforte said. “The fundamental solution is that we’ve got to get back to managing our forests again. Until we do, these severe fires are going to continue.”

But opponents of Gianforte’s reform bills believe that’s a simplistic view to a complex challenge. Strohmaier, a former wildland firefighter, said such solutions don’t consider the use of prescribed burns, climate change, or the natural role fire plays in the ecosystem.

“It’s way more complex than saying we can log our way out of a forest health crisis,” Strohmaier said. “I bristle at simplistic representations of what it’s going to take to eliminate smoke in the air, because we’re never going to eliminate smoke from the air. Fire is part of the landscape of the Northern Rockies and has been for millions of year.”