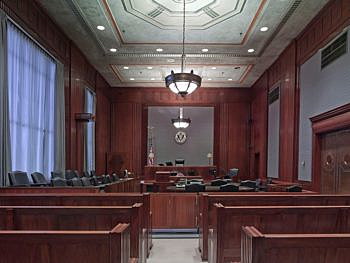 (CNS) – Democrats on the Senate Judiciary Committee have released a report accusing their Republican colleagues of conspiring with President Donald Trump to reshape the federal judiciary by appointing judges whose only qualifications are youth and conservative ideology.

“President Trump and Senate Republicans are stacking our courts at record-breaking speed,” said Senator Dianne Feinstein, the ranking Democrat on the committee and one of several signatories on the report. “Nominees have been largely controversial and incredibly young, allowing them to shape our courts for generations.”

The 61-page report titled “Review of Republican Efforts to Stack the Federal Courts” details both the pace and volume of the nomination and confirmation process, as well as the obstruction and filibustering of President Barack Obama nominees that afforded Trump the opportunity to shift the balance of federal courts.

“President Trump entered office with 112 judicial vacancies, compared to just 53 vacancies when President Obama entered office,” the report states. “To fill these vacancies and change the nature of the federal judiciary for decades, President Trump and Senate Republicans have been rushing nominees through the Senate at a breakneck pace by changing the process for consideration and eliminating traditions that had been followed for over a century.”

The “blue slip” tradition referred to in the report is an unwritten rule in the Senate process, honored by both parties for decades, meant to simultaneously preserve a more bipartisan approach to the judicial nomination process and make sure both home-state senators approve of judicial nominees.

The tradition is named after a blue form that is given to the two home-state senators asking for their assessment of the nominee. If the senator has no objection, the blue slip is returned to the committee chairman with a positive response. If they don’t approve of the nominee, the blue form is withheld or returned with a negative response.

Friday’s report says Republicans used blue slips to block 18 Obama court nominees, including six nominees for federal appeals courts, which rank just below the U.S. Supreme Court and have a huge hand in determining some of the most important matters of law in the nation.

After Trump was elected, Senator Charles Grassley, the ranking Republican on the Senate Judiciary Committee, eschewed the blue-slip tradition, according to the report.

Michael Brennan was confirmed to the Seventh Circuit on Thursday over the objection of Tammy Baldwin, the home-state senator from Wisconsin. Similarly, Ryan Bounds was nominated to fill a vacancy on the Ninth Circuit over the objections of Ron Wyden and Jeff Merkley, Democratic senators from Oregon.

But Feinstein and the other Democrats who signed the report are equally irate about Republicans scoffing at and undermining the credibility of the American Bar Association, which has given a “not qualified” rating to four of Trump’s nominees after only giving out just two such ratings in its history.

Instead of heeding the concerns of the ABA, Republicans attacked the credibility of the independent bipartisan organization, according to the report.

Brett Talley was nominated to the U.S. District Court for the Middle District of Alabama despite being ranked as unqualified by the ABA and admitting he has never tried a case in federal court.

The organization pointed out Talley’s unconditional support for the National Rifle Association coupled with his vows not to recuse himself from cases that involved the gun rights group, in addition to his apparently apologist stance toward the Ku Klux Klan.

Talley withdrew his name from consideration in December.

The report from the Senate Judiciary Committee’s minority members says Republicans are bypassing the ABA and blue slips because they are more concerned about recasting the federal court system — consisting of 94 district courts, 13 appeals courts, the Court of International Trade and the Supreme Court — in a more conservative mold.

Feinstein said the Republican-controlled Senate is bent on doing so in a hurry.

Feinstein and the other Democratic senators on the committee further accuse their Republican colleagues of allowing themselves and the Trump administration to illegally allow outside organizations such as the Federalist Society, the Judicial Crisis Foundation and the Heritage Foundation to influence the process.

Co-founded by former Supreme Court Justice Antonin Scalia, the Federalist Society seeks to advance the legal careers of conservatives who espouse originalism – the idea that the Constitution should be interpreted based on the intention of the framers, not as a living document that adapts to a changing American society.

The Democratic senators argue this remaking of the courts under Trump will significantly erode civil rights, women’s rights, voting rights and other legal gains made in the past several decades.

“President Trump’s signature policies—banning travel from Muslim-majority countries, restricting women’s access to contraception, limiting communities’ ability to combat pollution, allowing coal-fired power plants to discharge toxic wastewater, expanding the use of harmful pesticides, and reversing the Obama administration’s net neutrality rules—are all subject to ongoing litigation,” the report states, adding that with more young conservatives on the bench, the legal outcomes involving those controversial policies will continue to tip in the direction of Trump.