If the rhetoric and misinformation surrounding this year’s municipal budgeting process has you confused, you’re not alone. It’s a highly political process, after all, with many different philosophies at play.

But there’s only one set of facts, and those are rooted in the raw numbers.

In an effort to help answer some of the basic and recurring questions in this year’s budgeting process, the city of Missoula has provided some answers and graphs to get you started.

Budgeting is a hard process to follow, and even harder when you have to wade through bad information. Give this a read and see if it helps – and direct any further questions to the city.

Why did my property tax bill increase last year?

Several factors were at work last year. The Montana Department of Revenue’s new appraisals of property in Missoula reflected significant increases in real estate value for many properties. The city lowered property taxes last year, but many people paid more because their homes were worth more.

Voter-approved bonds and tax increases from other jurisdictions also played a role.

What part of my tax bill goes to the City? 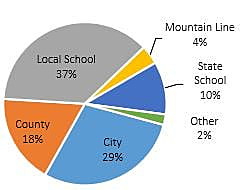 Why do City taxes increase each year?

The city portion of property taxes increases slightly every year because the city buys many of the same things that every household buys – fuel, tires, power from NorthWestern Energy and health insurance.

All these costs increase yearly. Citizens have told Mayor Engen and the City Council that they strongly support the services they receive and that they want to preserve them, but it costs the city more each year to provide those services. 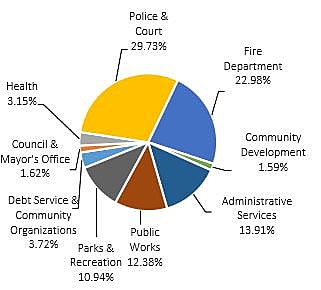 How is this year different?

The value of property in Missoula was lower than we expected. This was partly because of changes in the way the state values and taxes some large entities and because of a large number of taxpayers protesting their taxes and receiving lower tax bills from the state – all unexpected events.

How did the city respond to the decreased revenue?

New requests from city departments were pared down to only a few: two additional police officers and a study to understand how to expand police staff in the most effective way; the increase of a part-time Street Division employee to full-time; about $50,000 to the Parks budget for taking care of our parks; and a few miscellaneous enhancements needed to maintain services in several departments.

In addition, state law provides that a local government may return unused portions of tax increment money (called TIF) to local taxing jurisdictions. The city’s Missoula Redevelopment Agency agreed to provide $750,000 of this money to the city’s general fund to help the budget this year. This will also bring, by state law, additional tax-increment money, in proportion, to Missoula County Public Schools and Missoula County.

Bottom line: The city is able to hold a tax increase to 3.85 percent of its portion of the property tax bill and maintain the same levels of service. This amounts to $40 for the year for the owner of a median-priced home.

TIF is not a tax credit. The homes and businesses within an urban renewal district pay taxes at the same rate as those outside the district. As properties in the district increase in value, the additional tax revenue is set aside for streets and sidewalks, environmental cleanup, demolition of old buildings, and similar upgrades that improve the appearance and increase the value of the area.

These investments turn blighted neighborhoods into thriving ones like downtown Missoula today, resulting in more tax revenue for the whole community. Just like with a retirement account, a moderate investment now will have a big payoff in the future.

What challenges does the City face every year?

In addition to inflation increasing costs, Missoula is growing, and there is more demand for services. Here are a few examples: 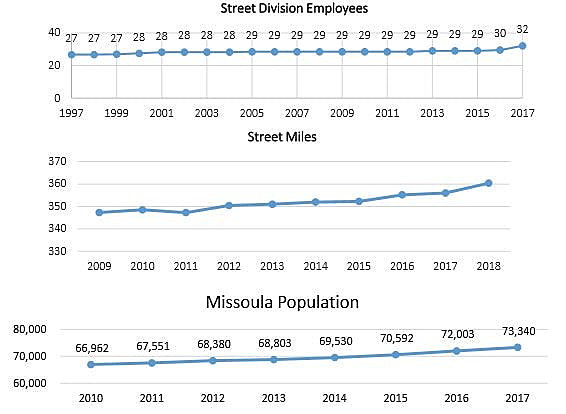 How do Missoula’s taxes compare to other Montana cities?

The amount of tax revenue Missoula receives per resident is in line with our peer cities. 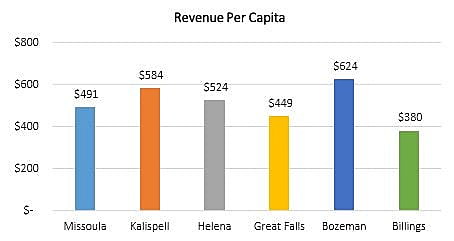