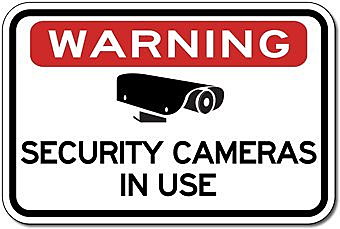 What began as an emotional debate nearly three years ago after dozens of motorists were left stranded at Kona Ranch Bridge on the Clark Fork River after the county towed their vehicles has resurfaced in local government.

Initially, the county sought to contract with a towing company to remove the vehicles. While the tow companies currently receive a fee for each car they tow, they also sought something of a surety fund from the county as compensation for any wasted trips.

The companies were unwilling to take on the task without that extra compensation, commissioners said.

“The one towing company that expressed some interest is not inclined to go down this path, among other things, for fear of dispatching their tow trucks out there only to find no vehicle there after it has been reported,” Commissioner Dave Strohmaier said.

Upon the recommendation of Commissioner Josh Slotnick, the county has now begun to consider placing surveillance cameras at the two popular recreation sites.

While that has raised questions of privacy, Slotnick believes it’s a solution worth exploring.

“To the people who live out there, this is a huge deal,” he said.

Over the Independence Day weekend in 2016, an estimated 55 motorists left the river after a day of floating to find their vehicles missing. They’d been towed by several local companies per an ordinance passed by Missoula County commissioners weeks earlier.

That resulted in several angry Missoulians, though for area residents it was a long time coming. For years, nearby neighborhoods have complained about cars parking alongside the road, sometimes blocking driveways.

Unable to entice towing companies to remove the cars on their own accord, and unwilling to pay thousands of dollars for the service as a guarantee, the county is looking for new options.

The latest: Hang surveillance cameras so violators can be viewed remotely. That could prevent wasted trips made by tow trucks, the county believes.

“The idea was broached on whether it would be legal, prudent or feasible to install cameras there to see if, remotely, they were still there,” said Strohmaier. “The other background question is, is this too much of a Big Brother approach to solving problems out in those areas?”

While that question hasn’t been answered, Jason Emery, head of the county’s technology department, said the equipment is available to conduct surveillance. While the purchase costs haven’t been pinpointed, it would run around $40 per month, per device, to operate.

“There would be an ongoing cost to keep these things live and functional,” Emery added. “But it’s technically possible.”

It also hasn’t been determined who would have access to the cameras, who could operate them remotely, and who would be responsible for maintenance and upkeep. Theft and vandalism is a concern, along with properly posting that the cameras are in use.

Emery said multiple people could be placed on the cameras’ account. And while the cameras don’t have zoom functions or the ability to record license plates, Emery said, the images of vehicles can be uploaded to the Cloud, where they can be viewed and downloaded if needed by those with access to the account.

“Even if we implemented something like this, would it even entice Iron Horse Towing to do something without us paying in addition to their own volition to go out there and tow vehicles?” Strohmaier asked. “It would be a moot point if this was not incentive enough for a towing company.”

Commissioners intend to meet with the Missoula County Sheriff’s Department next week to further discuss enforcement, ticketing and towing.