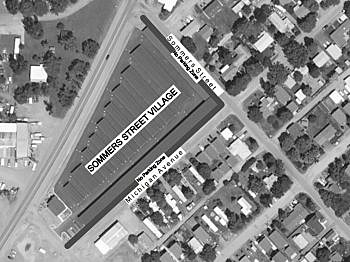 Citing a public nuisance, Missoula County moved closer Tuesday to restricting parking on two East Missoula streets in an effort to deter overnight camping in the public right of way.

The resolution could be adopted on Thursday and has the support of local businesses and residents.

“This is a problem we’ve been working on for over three years now, at least,” said Lee Bridges, chair of the East Missoula Community Council. “I’ve got emails from 2016 about homeless people camping in the public right of way adjacent to Hellgate Canyon Storage, and it has become a mounting problem over the years.”

Kristi Lawrence, owner of Hellgate Canyon, said overnight campers often occupy the right of way outside the storage facility. Some have abandoned their vehicle or taken up long-term residence by placing trailers on blocks in the street.

Others have expressed concern for public safety, saying children use the right of way to access local schools and parks.

While the county’s resolution was ready for adoption Tuesday, questions over what constitutes a vehicle couldn’t be immediately answered, delaying the new rule for a few more days.

“The concern I have is the things that fall outside the definition of a vehicle – the camper on cinder blocks or the motor home that was left out on Highway 200 and sat there for weeks and weeks,” said Lawrence. “The county’s response was that it’s not a vehicle and we can’t tow it.”

The county took similar steps in July after businesses in the Missoula Development Park said overnight campers had left behind waste and garbage and harassed their employees. That resolution authorized the sheriff’s department to ticket and tow violators.

The resolution for East Missoula would be similar and cover Sommers Street and Michigan Avenue. It also has the support of the sheriff’s department, which asked the county to address some language within the ordinance before adoption.

“The sheriff’s department wanted to specifically state that towing would be allowed as an option,” said Vickie Zeier, the county’s chief administrative officer. “The signage also indicates that towing may occur.”

County officials said they’ll address questions over what constitutes a vehicle and adopt the measure Thursday.