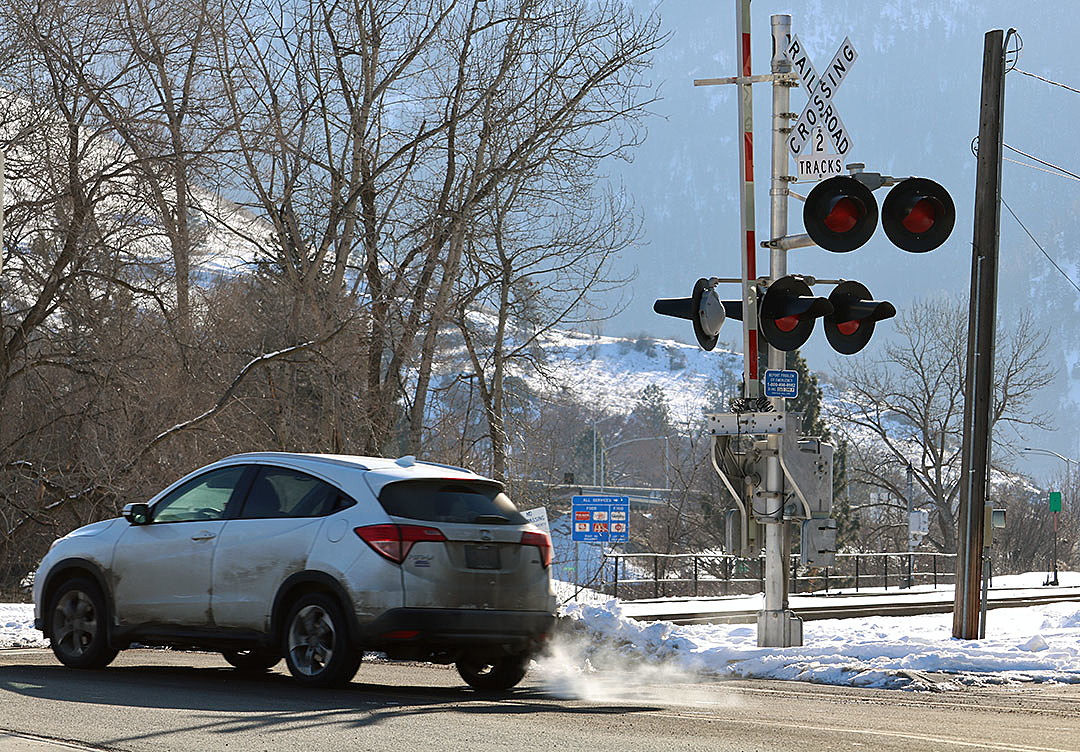 While it may not be the Orange Blossom Special rolling out of Hellgate Canyon, an increase in rail traffic and the blaring of horns has area residents and business owners seeking relief, and they may have found a start with the Missoula Redevelopment Agency.

The agency’s board this week agreed to provide up to $26,300 in tax increment funding to Missoula Public Works to conduct a study on ways to establish a quiet zone at two railroad crossings located on the eastern end of the rail yard.

Inbound and outbound trains are required to blast their horns at two urban crossings, including the Madison/Greenough crossing and another just east at Taylor Street.

“The issue has been there and has got many times more severe over the last five or six years because of the global warming trains that go by with all the coal,” said Cass Chinske, a resident of the Lower Rattlesnake Neighborhood. “The train traffic is many times more than it was 20 years ago. The whistles are more powerful.”

Railroad quiet zones are designated by the Federal Railroad Administration and are intended to give surrounding residents some peace and quiet by prohibiting the use of horns. But the absence of the train whistles can also increase the risk of accidents.

Cities looking to establish a quiet zone must take steps to mitigate those risks.

“The crossings result in the trains sounding their whistles as they come out of Hellgate Canyon,” said Tod Gass of the Missoula Redevelopment Agency. “A railroad quiet zone has been talked about before, but this time it seems it has some traction behind it.”

To explore the options, Public Works will contract Triple Tree Engineering, which successfully completed a quiet zone in Helena where the complaints were similar. The firm already has conducted observations of the two Missoula crossings and has identified three possible options.

Those include a wayside horn located at each crossing to warn those nearby of an approaching train. Options also include additional signs and a center median, and more signals and gates to keep motorists and pedestrians from crossing the tracks.

“It’ll tell us the preferred alternative and how much it’s going to cost, then we’ll have to figure out how we’re going to pay for it,” said Jeremy Keene, director of Public Works. “These aren’t cheap. It’s hundreds of thousands of dollars. We’ll have to have a second discussion on how to fund it once we have the alternative down.”

Whatever alternative emerges, residents will be waiting. Chinske said he first approached the city with his grievance 20 years ago and has seen little progress, until now.

Ward 1 council member Bryan von Lossberg is looking to move the discussion from talk to action. He urged MRA on Thursday to fund the study as a start, even if funding to complete the recommendations hasn’t been identified.

“This has been an issue I’ve been hearing about from constituents from my very first year on council six years ago,” he said. “A number of those businesses have made investments in their premises and this is a real concern and impact on their businesses. There’s folks who live downtown in close proximity who are traumatically effected by the train whistles.”

“The people on both sides of the tracks are really effected, especially in the summer time,” he said. “On a bad night, it can wake you up six, seven or eight times.”

The study may also take a look at the intersection where Madison and Spruce streets, and Greenough Drive, meet in close proximity. The only thing separating them is the rail crossing.

Keene said the intersection is dangerous, especially with customers crossing the street to reach Black Coffee Roasters, which sits near the corner on a sharp curve.

“There’s been a number of concerns about safety of this intersection,” Keene said. “We’re seeing cars come around that corner at a fairly high rate of speed and all of a sudden there’s a pedestrian jay walking. Part of this study is also looking at this intersection to look at some safety measures there.”

While those affected by the whistles are eager for action, it took Helena nearly six years to fully establish its quiet zone. And with the Federal Railroad Administration involved, solutions may take time to complete in Missoula as well.

“Any changes to either crossing would have to be approved by the FRA,” said MRA board member Tasha Jones. “Regarding the timeline, there’s only so much we can do to control their processes.”