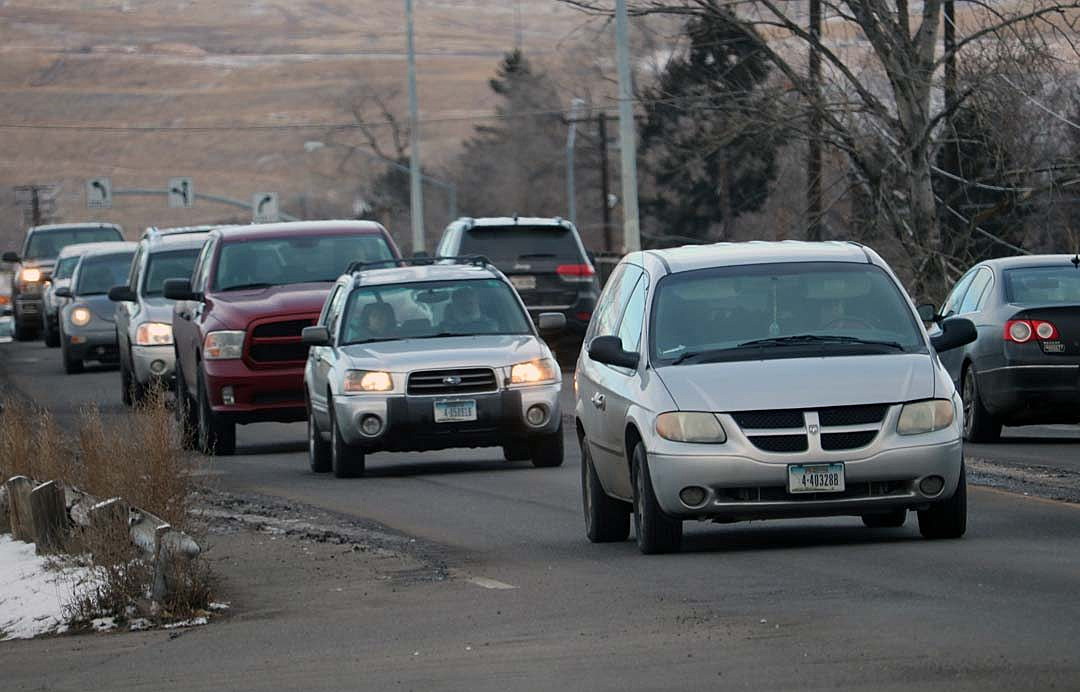 Shortly after being elected to office, Missoula County Commissioner Josh Slotnick was approached by the director of public works, who told him the roads in the city and county of Missoula were in bad shape.

Over the past 18 months, not much has changed.

“He wanted to make sure I knew that our roads were not in good shape and that the only way to get them back into shape was to spend real money,” Slotnick said. “He also let me know that not spending money to repair our roads now would magnify into the future.”

Commissioners on Thursday began a public hearing that could decide whether the county places a 2-cent gasoline tax on the June ballot. If they choose to do so, voters will decide this summer whether they want to invest more in their local transportation system or maintain the status quo.

Given the public’s demand for better roads, not passing the gasoline tax could result in an increase in property taxes, Slotnick said.

Those on both sides of the issue weighed in on Thursday, with business leaders and public officials backing the 2-cent tax. Others opposed it, not for the tax itself, but because it would create unfair competition with fuel stations located near the county line.

Chris Anderson, president of DJ&A in Missoula, is one of the entities asking the county to place the measure on the ballot. He said the county’s transportation infrastructure is in poor shape.

“My biggest concern is that we don’t have enough tools in our tool belt today to keep up with the rising demand of taking care of that infrastructure,” Anderson said. “Investing now will pay big dividends later.”

Anderson called it an opportunity to leverage additional federal dollars, which often require a local match. Funding from the gas tax could be used to apply for those grants, such as the $13 million federal grant secured last year for work between Mullan Road and West Broadway.

“Opponents to this will say we need to do better with the money we have, and that is true,” Anderson said. “But that’s only part of the problem, just like this gas tax is only part of the solution. We have to find new revenue streams, and this provides an opportunity for us to do that here in Missoula.”

The state Legislature allows individual counties to place a fuel tax before voters. The tax is capped at 2 cents and the revenue it generates is restricted to transportation projects only.

But calculations by Public Works suggest the city is spending about half of what it needs to to keep pace with maintenance needs, resulting in a $6.5 million annual funding gap. The scenario is similar in the county.

“If we had to reconstruct all those roads, the number gets much worse – on a magnitude of $53 million a year in the city and $40 million in the county,” said Jeremy Keene, director of Public Works for the city. “It’s much more cost effective for us to maintain those before they require major reconstruction.”

A 2-cent per gallon gasoline tax would generate around $1.2 million annually. Split evenly between the city and county, it would represent an 8% bump in their separate road budgets, Keene said.

“It’s not going to fix everything, but it’s a healthy addition,” he said. “We’d be able to tackle one to two additional rehabilitation projects every year. It gives us the option to leverage that money for other federal grants.”

City council member Jordan Hess said the city supports the gas tax and will likely pass language next week backing that position. As a society, he said, the nation has been under-investing in its infrastructure for decades.

The city and county are limited primarily to property taxes for the revenue they need to provide local services. And residents have grown louder in recent years in opposing additional property tax increases to fund such services.

Without the gas tax, however, a bump in property taxes to pay for roads could be a possibility.

“The local option gas tax gives us an opportunity to diversify our revenue sources and to bring in important new funds to address a problem that isn’t going away,” said Hess. “It allows for tourists and non-residents to contribute their fair share and most importantly, it gives us the matching funds needed to pursue federal grants.”

Dirk Cooper, president of High County Petroleum in Missoula and president of the Montana Petroleum Marketers and Convenience Store Association, agreed that more revenue was needed to invest in transportation needs.

He said the organization lobbied for an increase in the statewide gas tax at the Legislature in 2017. He said it was widely understood that local governments can no longer keep pace with the cost of infrastructure and transportation without placing an additional burden on property owners.

Still, Cooper opposed the local gasoline tax, saying it would create an unfriendly market for gas stations and convenience stores near the county line. He said research suggests that it could put small store operators out of business.

“There’s going to be an automatic 2-cent price disparity,” he said. “That creates a very anti-competetive environment for anybody who is close to the county line and an advantage to their competitor who is right across the county line. The volume of fuel sold across Missoula will likely decline.”

Others in the petroleum and convenience store business offered a similar take, including Dan Beard, district manager for Town Pump, and Brad Longcake, executive director of the Montana Petroleum Marketers and Convenience Store Association.

Longcake said he empathized with the city and county on their limited revenue sources and agreed that transportation needs are high. At the same time, he said, a 2-cent local gasoline tax wasn’t the right fix.

“This state, county or communities are picking winners and losers for the same business entities,” he said. “You’re pitting different members against each other, which creates a significant anti-competetive process.”

Commissioners will continue the hearing next Thursday before reaching a vote the following week.