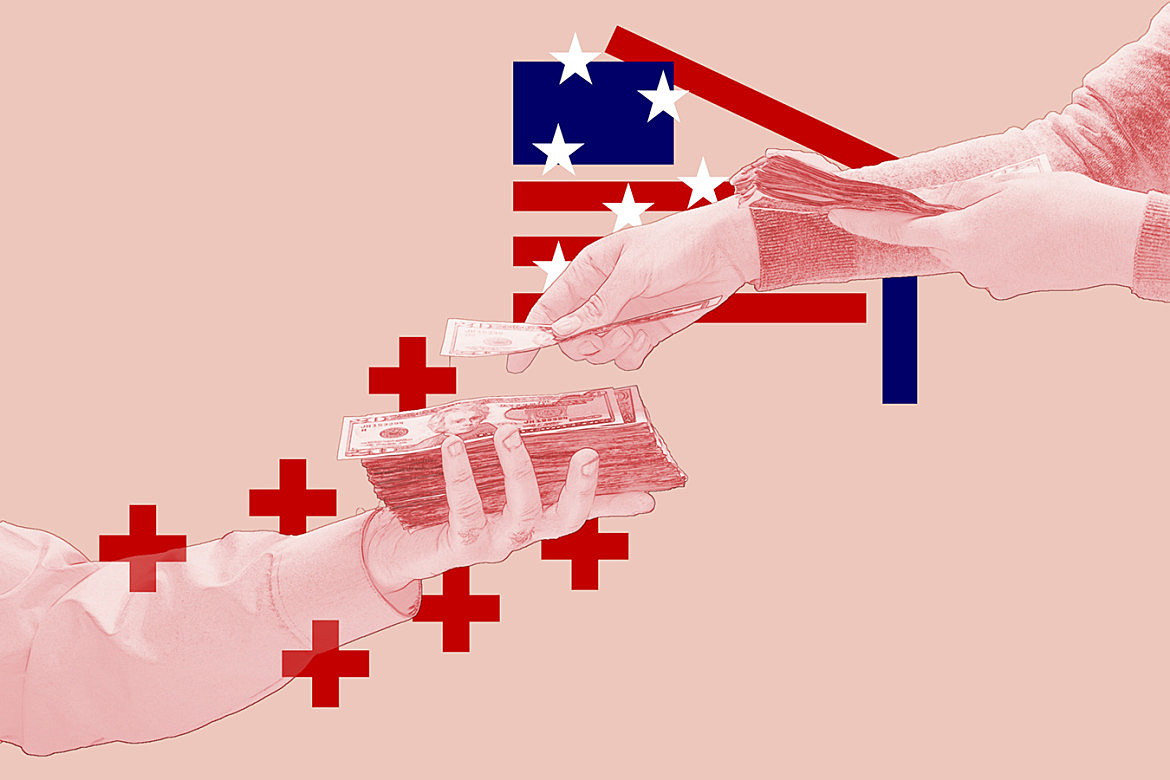 (Kaiser Health News) The coronavirus stimulus package Congress rushed out last week to help the nation’s hospitals and health care networks hands the industry billions of dollars in windfall subsidies and other spending that has little to do with defeating the COVID-19 pandemic.

The $2 trillion legislation, which President Donald Trump signed Friday, includes more than $100 billion in emergency funds to compensate hospitals and other health care providers for lost revenue and other costs associated with COVID-19. The measure also calls for spending up to $16 billion to replenish the nation’s depleted stockpile of medical gear, such as ventilators, medicines and personal protective equipment, or PPE.

But health care businesses will get billions of dollars in additional funding not directly related to the pandemic, in some cases because Congress agreed to reverse scheduled cuts in the rates paid by Medicaid and Medicare, which the federal government had tried for years to impose.

“Anything that could tangentially be related to the crisis lobbyists tried to get stuffed in this bill ― particularly health-care-related items,” said Steve Ellis, vice president of Taxpayers for Common Sense, a nonpartisan watchdog group. While the stimulus package is “not as big” a “Christmas tree” as some other bills, Ellis said, “I’m sure we’ll find a few baubles and gifts along the way.”

Hospitals have won widespread praise as their doctors and other medical staffs labor under perilous conditions, including shortages of protective gear. And, perhaps not surprisingly, the industry emerged as a big winner in the stimulus negotiations. Not only can hospitals draw on the $100 billion fund to stem their losses and cover other costs, but they will also see a boost in one stream of revenue as Congress overturned some planned rate cuts.

More than 3,000 hospitals that treat outsize numbers of Medicaid or uninsured patients, for instance, will share in an $8 billion windfall through the stimulus provision that reverses cuts in their Medicaid payments for 2020 and 2021.

Separately, hospitals will rake in at least $3 billion more because of a temporary suspension of a 2% cut in Medicare fees, according to the Federation of American Hospitals, which represents more than 1,000 for-profit hospitals and health systems. The infusion of cash also benefits doctors, nursing homes, home health companies and others.

“That’s welcome news during this time of crisis,” said Joanne Cunningham, executive director of the Partnership for Quality Home Healthcare.

Also tucked into the stimulus: a rollback of planned rate cuts to clinical laboratories and some medical equipment suppliers.

At this stage, it is unclear how much these measures will add to the COVID-19 tab ― or if far more stimulus would be required for the health care industry to rebound.

Take the 2% rate cut known as “the sequester.” The Office of Management and Budget expected it would save Medicare $16.2 billion in fiscal 2021. But the stimulus bill rescinds that rate cut from May 1 through the end of this year. As part of the legislation, Congress said it would, in effect, recoup the payments later by adding another year to the sequester. Whether lawmakers will follow through on that is anyone’s guess.

“This would never have been done under any other circumstances,” Gilberg said. “The situation was recognized as dire.”

Dr. Patrice Harris, president of the American Medical Association, said the stimulus offers “needed financial relief to hard-hit workers, health systems and physician practices. At this critical moment, physician practices need significant financial support to sustain themselves and continue to meet the health care needs of all Americans during this time.”

Similarly, American Hospital Association CEO Rick Pollack called the legislation “an important first step forward. But, he added, “more will need to be done to deal with the unprecedented challenge of this virus.”

In a nod to clinical laboratories, which have helped bail out the federal government’s early failure to supply enough COVID-19 tests, the stimulus delayed planned rate cuts in 2021 likely to amount to tens of millions of dollars in revenue. Medicare officials have been at odds with the lab industry for years over rates for lab tests.

While other health care interests praised the bill, the laboratory trade association said it comes up short.

Just before the Senate passed the stimulus bill Wednesday, American Clinical Laboratory Association President Julie Khani slammed Congress for not designating funding to support labs. She said labs were in “an untenable situation, absorbing growing, uncompensated costs for testing specimens with no assurance that they will be appropriately or fairly reimbursed for all the tests they are performing.”

She added a not-so-veiled threat, saying: “If Congress fails to designate essential emergency funding for clinical laboratories to support our efforts, labs will be soon be forced to make difficult decisions about whether they can keep building the [testing] capacity our nation needs.”

The lab association, in a statement to Kaiser Health News, said labs have absorbed “stunning” Medicare reimbursement cuts of as much as 30% for many common tests in recent years.

In public securities filings this year, lab giants Quest Diagnostics Inc. and Laboratory Corp of America Holdings, known as LabCorp, reported they expected rate cuts in 2020 totaling more than $150 million. LabCorp said it supported the views of the lab association. Quest did not respond to a request for comment.

While labs processing COVID-19 tests missed out on direct funding, they could be eligible for some of the $100 billion allocated for hospitals and other providers to cover their losses, congressional aides said.

And the stimulus measure states that even in the event a lab is out-of-network, health plans are expected to pay the price it sets — as long as the lab publishes that price online — or negotiate with the lab.

Given that laws in some states ban surprise billing in particular, this provision seems to favor the labs, said Katie Keith, a Georgetown University law professor and health policy expert. “No one just lets the provider set the price,” she said.

The lab association disputes that, saying that many health plans are expected to pay them less than the $51.50 government recommended for a COVID-19 test.

Just how the $100 billion in health care funding will be distributed and how much oversight will occur is another unknown.

Health and Human Services Secretary Alex Azar has the authority to decide how long the emergency provisions remain in effect. Tracking all that money will be a challenge as well.

Ellis, the taxpayer advocate, noted that no government agency “is ready to handle the rush of extra funding.” He said that the stimulus grants extra resources to inspector general offices to monitor spending.

“There will be waste, there will be abuse,” he said. “It’s about exposing and rooting it out.”

The HHS Office of Inspector General expects to receive $4 million to support this oversight, according to spokesman Donald White.

Some groups aren’t waiting to compete over the $100 billion. The MGMA sent a letter March 27 to Azar and the Centers for Medicare & Medicaid Services chief Seema Verma asking for more direct help. Gilberg noted that some medical practices, such as doctors who perform colonoscopies, have not been able to continue their work.

“Doctors and physician practices are having a lot of trouble right now,” Gilberg said. “They are literally shut down, and they are having financial troubles. Their operations have come to a full halt.”