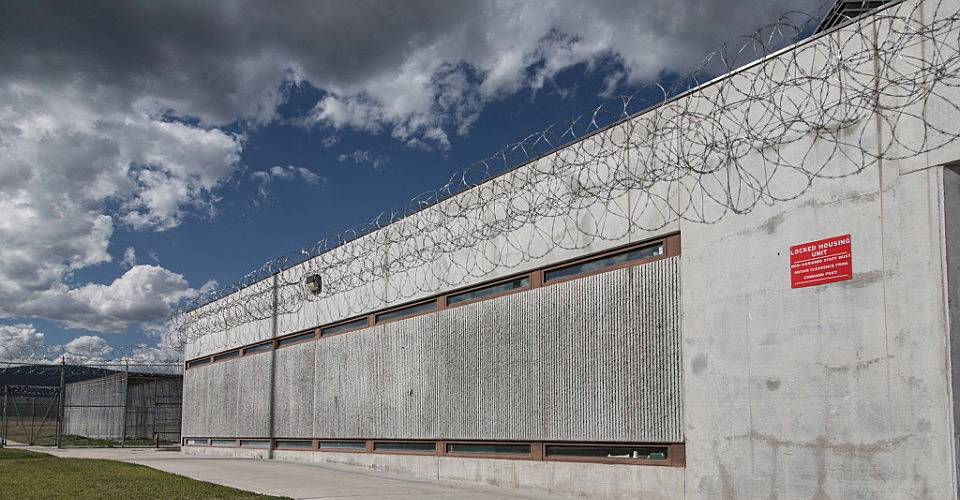 (Havre Herald) Any further steps to release more inmates from Montana’s jails and prisons could endanger public safety, the Attorney General’s Office and a number of judges said in their responses to a lawsuit filed last week.

The nonprofit advocacy group Disability Rights Montana, represented by the ACLU, filed the lawsuit Wednesday with the Montana Supreme Court.

DRM is asking the Supreme Court to order all lower courts and the Department of Corrections to “immediately reduce” the number of inmates with disabilities — those who have conditions or diseases that put them at increased risk of severe complications or death from COVID-19, the respiratory disease caused by the new coronavirus.

The state’s high court should deny DRM’s lawsuit because it lacks support and has no lawful ground to stand on, the AG’s office said.

In March, Montana Supreme Court Chief Justice Mike McGrath directed judges of limited jurisdiction to review their local jail rosters and release as many inmates as possible, especially those being held for non-violent offenses. The point of the directive, based on health expert guidance, was the safety of inmates, facility employees, and defense attorneys.

Since then, judges across Montana have implemented mass changes in an effort to balance public safety and that of inmates.

Courthouses have been locked down. Jail and prison facilities have been cleaned and continue to be sanitized. Visits have been suspended. Personal interaction between attorneys, inmates, and detention staff has been minimized and in some cases eliminated.

When contact occurs, detention staff have been equipped with necessary protective wear. And some inmates have been released.

To bolster their point that action has been taken, many of the judges’ responses to the lawsuit cited information about how comparatively empty their regional jails are.

“The ‘open doors’ of the jail has already occurred,” Fergus County Justice of the Peace Kelly Mantooth said in his response.

The state has reviewed 103 inmates imprisoned for nonviolent, nonsexual offenses, two of whom have been released, the AG’s office said, adding, “Despite DRM’s manufactured allegations, the State has not stood idly by in the face of crisis.

Rather, every level of government has promptly acted to protect inmates, even if those efforts have not included the indiscriminate opening of prison gates….”

Replying on behalf of the Department of Corrections, the AG’s response is similar to that of the judges. “DRM proposes an astounding solution: the immediate and indiscriminate release of numerous categories of incarcerated individuals, regardless of the danger some may pose to victims, witnesses, or the public,” wrote Matthew Cochenour, the acting solicitor general.

In addition to seeking the release of inmates with certain disabilities, DRM also asks the high court to:

DRM says it is not asking for the release of people who’ve committed offenses such as homicide, assault, kidnapping, robbery, sexual crimes, offenses against the family, and human trafficking.

In its suit, DRM singled out Cascade County, accusing the judges there of refusing to release anyone.

Not so, said Eighth Judicial District Court Judge Elizabeth Best. Even before the pandemic, judges had worked with law enforcement and other community leaders to reduce the overcrowding in the regional jail and release inmates deemed appropriate for release, Best said.

Most of those detained in Cascade County now are addicts who also may have mental health problems and, if untreated, pose a “community safety risk.”

“It is unsafe to simply release people without treatment, if there is a strong risk that they will reoffend or hurt an innocent citizen,” Best wrote. She also mentioned that COVID-19 has made the challenge of providing treatment greater.

Although she was not among the judges who responded to the lawsuit, citing a limited ability to comment on pending litigation, Twelfth Judicial District Court Judge Kaydee Snipes Ruiz sent The Havre Herald a letter on the subject. She said her court has taken steps in line with McGrath’s directive while continuing to hold necessary criminal, youth in need of care, and order of protection hearings by videoconference.

Snipes Ruiz said she reviews each case on an individual basis “to ensure the appearance of the defendant and protect the safety of the community.”

Some judges took issue with DRM’s statement that the spread of COVID-19 among the prison population is “inevitable.”

“It provides no factual basis for this assertion,” Twenty-first District Judges Howard Recht and Jennifer Lint, who preside over Ravalli County, wrote in their response. Each inmate detained in that district has their own cell, “guaranteeing self-isolation,” the judges added.

Recht and Lint provided additional data about the danger they believe the inmates still being held pose. Of the 12 inmates who were released, three were re-arrested for alleged violations, “demonstrating the absolute need for local courts to maintain control over safety of its citizenry.”

The five judges of the Fourth Judicial District, which covers Missoula County, rhetorically asked why DRM assumed it was inevitable. “Will not COVID-19 inevitably spread throughout the communities to which released detainees would go to reside? Is the inevitability of the spread through the state prisons different, quantitatively or qualitatively, than the spread through non-prison communities?” the judges wrote.

Best, the Cascade County judge, acknowledged that the system is conflicted. She has both a responsibility to keep the community safe and a “potentially diametrically opposed” responsibility to help prevent serious illness or death of county inmates.

Mantooth, of Fergus County, admitted the danger COVID-19 presents, but said a “blanket release of incarcerated individuals” is not a good idea.

“Our citizens have elected us to this judicial office. Justice is to continue even in adversarial conditions such as natural disasters and disease,” he wrote. “If fair and equal justice is not dispensed, chaos will ensue.”

The Supreme Court had ordered responses to the lawsuit to be filed by Monday, given the “rapidly evolving circumstances of the COVID-19 situation.”

Two justices, Dirk Sandefur and Jim Rice, dissented from the order to respond so quickly. “Emergency or not, we need to uniformly comply with the law,” Sandefur wrote in his dissent.

The Supreme Court has not said when it will rule on the matter.