Marlenee, a farmer and rancher from Scobey in Montana’s northeastern corner, won the eastern district congressional seat in 1976 and was re-elected seven times.

He then lost a close statewide race in 1992 to then-Rep. Pat Williams, a Democrat representing Montana’s western district, when the state’s two congressional seats were combined into a single district.

Marlenee served on the House Interior and Agriculture committees and was known as a conservative who advocated for small businesses, limited government and 2nd Amendment rights.

No other Montana Republican has served longer in the U.S. House.

Marlenee continued to be involved in Republican Party and conservative politics after leaving the House and donated his congressional papers to Montana State University in 2006.

The election was was a study in contrast. A New York Times article profiling the race said the two candidates were “as far apart as the voters in Montana.”

The race went down to the wire, with Williams pulling out the close contest, winning 50 percent of the vote.

Former Marlenee press secretary Dan DuBray, a Billings news reporter, recalled one of the deciding factors in the race.

“Ron Marlenee was very staunchly 100 percent with the National Rifle Association. He never showed up on a score card with any vote against the NRA,” said DuBray. “But, you know what, Pat Williams also had a 100% voting record for the NRA. When that race came down to getting people involved, the NRA sat on its hands.”

On Capitol Hill, Marlenee became known as a legislative loner who fought against federal control over state land.

“He put out an op-ed entitled, ‘Why do I vote no as often as I do?’ ” said DuBray, who served as press secretary from 1989 to 1993. “He got this reputation as being Dr. No, and I think there’s some truth to it. A lot of folks in Washington never met a problem they can’t solve by throwing other people’s money at, and Ron was very wary about that.”

Throughout his 16-year congressional career, Marlenee was deeply involved in agriculture issues. As a senior member on the House Agriculture and Interior committtees, he stood up for family farms and small business owners, telling his staff “be focused on the people who sent us here.”

“He always put his work in the context of those farm and ranch families, who are really running their own small business,” said DuBray. “Not only the farm and ranch businesses, but the car dealer, the implement dealer, even small TV and radio stations, people who depended on him.”

DuBray also recalled Marlenee’s tendency to speak his mind, leading to some rough days in his press office.

“Ron could be gruff and sharp edged. It was a challenge to be his communications director,” said DuBray. “Much like some people in Washington these days are finding it to be a challenge with outspoken politicians. It was a lot of fun. I think we made a difference.”

DuBray said he had a chance to speak with Marlenee just a few months ago and told him what a great influence he had on his career. DuBray worked in Congress and later the U.S. Interior Department.

“I was able to retire from federal service at a fairly high level, and none of that would have happened if it weren’t for Ron Marlenee giving me that first opportunity as a kid at a radio station in Billings, Montana,” DuBray said. “His biggest legacy is the family of staffers, friends and colleagues who the congressman was able to bring together.”

As it turns out, the 2020 Census may pave the way for Montana to get its second congressional seat back, an ironic twist not lost on DuBray.

“It is an interesting prospect if that would be announced in the same year of Ron Marlenee’s passing, who was kind of undone by the 1990 Census,” said DuBray.

Following his defeat in the 1992 election, Marlenee did consider running against Democratic U.S. Sen. Max Baucus in 1996. Eventully though, he chose not run and never again ran for public office. 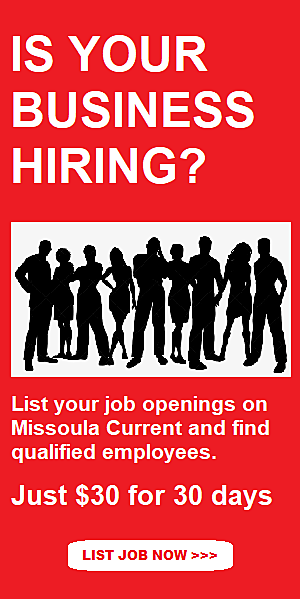