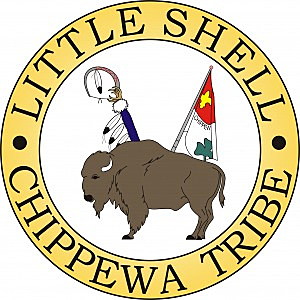 (CN) In the midst of a global pandemic, the legacy of federal Indian policy could once again turn deadly, forcing some tribal nations to fight the novel coronavirus with zero help from the federal government.

The Chinook Indian Nation, which for millennia controlled trade at the crucial crossroads where the Columbia River empties into the Pacific Ocean, is not recognized by the federal government as a sovereign entity despite legal battles stretching back 169 years.

That means its peoples do not get the medical care or other basic services guaranteed under treaties in exchange for ceding the millions of acres of territories that became the United States.

It’s a long-simmering problem that even under normal circumstances has resulted in the declining health of Chinook people and hampered their efforts to address an epidemic of suicide. Now, the tribe is facing the Covid-19 pandemic the same way it has faced every other obstacle: without government assistance.

“As an unrecognized community without status and without a health clinic, we don’t have the means of having any agency in gaining knowledge of how the disease is operating in the community,” Chinook Tribal Chairman Tony Johnson said. “So instead we are operating as though we’ve all been exposed. We’re completely operating in the dark as to what our situation is.”

One of the Chinook Nation’s 3,000 members is viciously ill with suspected Covid-19. Johnson said he’s in contact with a 45-year-old single father of four who could not access health care through Indian Health Services because the tribe is unrecognized. Instead, Johnson said, the man is at home, dry-heaving blood.

It’s a threat that other unrecognized tribes also face. In the far northern reaches of Michigan, the 300 members of the Burt Lake Band of Ottawa and Chippewa Indians don’t have a tribal health clinic. They have no access to federal health care funded by Indian Health Services. Their only reprieve is an offer from a neighboring community, the federally recognized Little Traverse Bay Band, which lets Burt Lake members access its doctors.

“If we did not have that relationship, there would be a real problem,” Nola Parkey, the band’s executive director said. “It’s terrifying to think about.”

Even recently recognized tribes struggle to obtain the help the federal government is legally obligated to provide. In Montana, the Little Shell Tribe of Chippewa was federally recognized through an act of Congress this past December. It was a victory in a battle waged since 1892, but Tribal Chairman Gerald Gray said the only difference he has seen so far is that he’s invited to more government meetings.

Indian Health Services told Gray in January that Little Shell will not get any funding until October to build the small medical clinic it needs.

“I’m really, really worried because we don’t have a facility,” Gray said. “So we don’t get any of this relief money coming down for PPEs [personal protective equipment], ventilators, test kits, any of that. It’s totally up to us, so we just operate like we have been for the last 130 years.”

The stakes could not be higher in Indian Country, where dread looms over a disease that is especially deadly to the elderly – a population Johnson said should be recognized as “a national treasure” – where underlying conditions and health disparities are the norm. Johnson worries about the potential loss of tribal elders in nations across the country, many of whom are the last fluent speakers of their indigenous languages.

“That knowledge could be lost because of this pandemic,” Johnson said. “It would be really difficult to come back from that.”

The danger of irreparable cultural loss is amplified for unrecognized tribes. In addition to a lack of medical care, no federal recognition for the Chinook means no federally subsidized housing, no legal right to fish for their namesake salmon, and no cultural center to preserve their history.

“Chinook doesn’t have the benefit of a cultural resources program,” Johnson said. “So much of our knowledge is just existing in the minds of our elders and we cannot afford to lose that knowledge.”

After weeks of delays, initial rounds of emergency funding are finally hitting the coffers of Indian Health Services. Congress included $8 billion in the Coronavirus Aid, Relief, and Economic Security (CARES) Act to help Indian Health Services fight the pandemic among the 572 federally recognized Indian tribes in the United States.

The money is intended to contain the thousands of cases so far reported in Indian Country – a monumental task for a chronically underfunded agency, one that many of its own constituents view as an option of last resort.

And the tangled legacy of decades of conflicting policies determines which indigenous nations get access to that lifeline. Federal Indian policy has variously encouraged self-determination, forced assimilation, or eliminated tribes’ status as sovereign entities altogether.

Federal recognition is not about semantics. It is the hinge that triggers the government’s legal obligation to hold unceded territory in trust for tribes and to provide them with basic services guaranteed in the treaties that paved the way for the United States to exist.

The Tribal Reorganization Act of 1934 promised recognition to tribes who adopted a constitution based on the one that governs the United States – which itself was inspired by the governing principles of the Iroquois Confederacy. But the government didn’t respond to every tribe that petitioned for recognition under the act.

In 1953, the Indian Termination Act was used to end federal legal obligations under the treaties, dissolve the sovereign status of over 100 tribal nations and sell off the reservation lands where they lived. It was a program overseen by Dillon S. Myer, head of the War Relocation Authority, who ran the internment camps where Japanese Americans were imprisoned during World War II.

Those policies and others that continue today mean some tribes have never secured federal recognition of their existence. Others had it bestowed and then snatched away.

Little Shell filed its first land claim against the government in 1892, after losing its ancestral home in North Dakota and migrating to Montana. It was briefly recognized under the Clinton administration before that victory was retracted.

The Chinook signed treaties in 1851 and 1855, successfully sued the government in 1899, were documented in an official congressional record of indigenous ancestry in 1906, got allotments on the Quinault reservation in 1911, a monetary settlement for the land they lost in the treaties the following year and sued under the Indian Land Claims Act in 1958. Like Little Shell, the Chinook had a brief period of federal recognition under the Clinton administration.

Their most recent legal claim, filed in 2017, advanced in January. U.S. District Judge Ronald Leighton, a George W. Bush appointee, ordered the government to reconsider its ban on “re-petitions”– the refusal to allow tribes who have been denied federal recognition the ability to try again. The government changed its rule in 2015 and “bizarrely,” as Leighton wrote, used the same reasoning for banning re-petitions as it earlier did for allowing them – all in the name of consistency.

Despite its long and public history of fighting for the medical care that comes with federal status, Washington state Gov. Jay Inslee’s office said Monday it “hadn’t heard from the Chinook on their needs.” Inslee’s spokeswoman Tara Lee said in an email that a coordinator for the governor’s Office on Indian Affairs would reach out to the Chinook.

“Whether they acknowledge or not, there is a tribal community that is living here that they should be obligated to assist, but instead our community is just having to do for ourselves as we had for many decades,” Johnson said.

The Burt Lake Band is not officially recognized by the federal government, even though its members signed treaties ceding land in 1836 and again in 1855. The tribe filed for recognition with the Bureau of Indian Affairs under the Indian Reorganization Act. They never heard back. Decades later, the bureau claimed that, as a “landless tribe,” the Burt Lake Band was ineligible for federal recognition.

“Well, it wasn’t by their doing that they were a landless tribe,” Nola Parkey, the band’s executive director said over the phone.

Now, the band is engaged in a legal battle led by former Michigan congressman Bart Stupak. U.S. District Judge Amy Berman Jackson ruled in March that the government must re-evaluate the rule it used to deny Burt Lake Band’s most recent petition for recognition – the same finding handed down by the judge in the Chinook’s lawsuit. The rulings are a step forward for Burt Lake and Chinook, though they don’t guarantee federal status.

For now, Little Shell appears to be the only nation of the three included in this story with some governmental backing.

Montana Governor Steve Bullock and U.S. Senator Jon Tester persuaded Indian Health Services to allow Little Shell members to access its clinics, but the closest facilities are 102 miles in one direction and 126 in another. Gray said that renders such access meaningless in the tribe’s fight against the novel coronavirus.

“We’ve been telling members if you think you have it, go to the nearest hospital,” Gray said. “We can’t rely on you trying to drive those distances and it being closed or them not paying for you to be referred to a bigger hospital. Just go to the emergency room.”

Instead, Gray is calling on the government to release some of the $8 billion earmarked for tribes to Little Shell. He has his eye on a building in Great Falls that is already set up as a medical clinic.

Tester backed such a proposal in a letter to Tara Sweeney, assistant secretary for Indian affairs at the U.S. Department of Interior.

Until then, Gray said he plans to hold the government responsible for the consequences of leaving Little Shell to fend for itself during a global pandemic, should that come to pass.

“We have not received a dime of federal dollars,” Gray said. “I told Indian Health Services, God forbid one of my members comes down with this and passes away.”