Concerns over a perceived militia presence in downtown Missoula in the form of armed men standing over Black Lives Matter protesters and the limited power of local government to address it surfaced at Monday night’s City Council meeting.

At least one citizen called in Monday night expressing fear and concern over armed individuals who have locked on to the demonstration for justice and equal rights in downtown Missoula, most of them brandishing firearms.

The concerns drew mixed results from members of the City Council, who are largely reacting to national events, including efforts to defund the police in Minneapolis and congressional efforts pushing for police reform.

The political landscape is quickly shifting.

Council president Bryan von Lossberg said the city is handcuffed by state law and can do nothing to deter armed individuals from occupying downtown Missoula.

“We’ve had multiple people contact us feeling uncomfortable and unsafe down around the courthouse,” he said. “I have spoken to a gathering of people along with a number of my colleagues while there were folks with various types of weapons in the background. That’s legal for them to do, regardless of how it might make people feel. There isn’t an action we can take with regards to that concern.”

Messages and emails received by City Council have expressed frustration and fear around national events, including those who are now afraid to visit the downtown district due to the presence of armed young men who claim to be acting in the city’s best interest.

Several of the young men claim to be defending against outside marauders looking to sew trouble as they have in other cities. While the local authorities have quashed those rumors, citing police intelligence, some continue to fan them, including a “member of the state Legislature.”

Council member Jesse Ramos billed those emails of concern as “passion for more limited government.” He said he doesn’t agree with calls by some to defund the police, as the Minneapolis City Council has chosen to do.

“Our officers here in Missoula, it hasn’t gotten any easier to be an officer,” Ramos said. “People are still not kind to the officers. They call them pigs and they have to be cautious where they go out to eat. I was as serious as anybody about what happened with Derek Chauvin. But it doesn’t mean all officers are bad.” 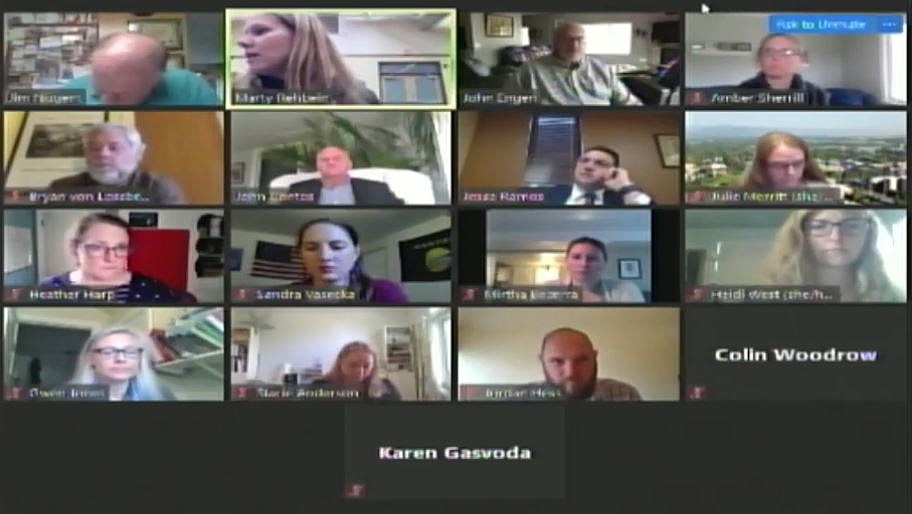 Council member Julie Merritt took issues with Ramos’ statement, saying he was misrepresenting the concerns of Missoula residents who have taken issue with the armed occupation of downtown.

“I think Mr. Ramos has very sadly misunderstood the messages we’re getting,” Merritt said. “They’re not asking for less government, they’re asking us to reallocate our existing funding to services that do more to prevent crime, thus reducing the need for law enforcement action. I think it’s a misnomer to say what they’re asking for is less government.”

Council members who spoke up – and not all did – agreed that police brutality and corruption was horrendous and can no longer be tolerated. At the same time, several argued, all police weren’t to blame and the city shouldn’t defund its department.

“If we want violence in the Garden City, then the answer is to defund our police department,” said Council member Sandra Vasecka. “I don’t want that. I want a thriving city and town where you can raise a family in without living in fear.”

Vasecka added that emails submitted to City Council shared “many of the same phrasing,” suggesting they stemmed from a form letter submitted by a lobby or organization.

“I remain committed to listening to those voices and acting with reason and compassion,” he said.