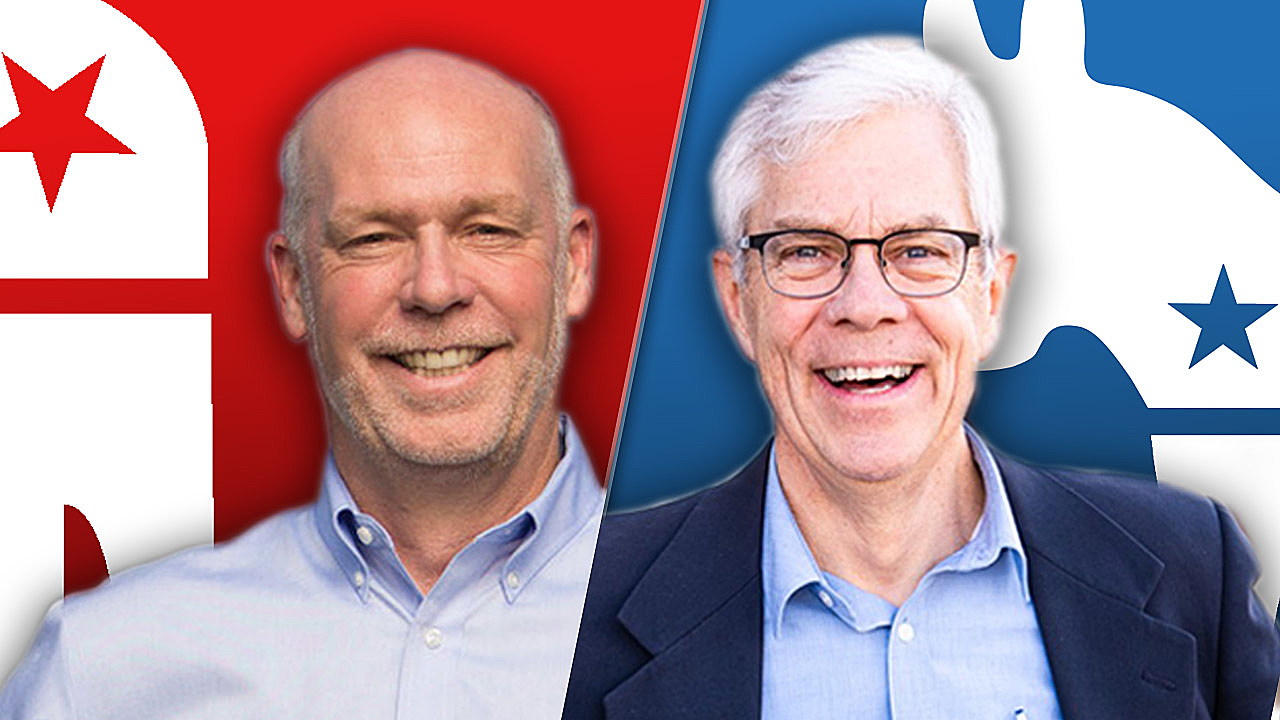 After a record-setting primary election for Montana, Democrat Mike Cooney will face Republican Greg Gianforte in the November gubernatorial race.

More than 363,000 Montanans returned their mail-in ballots by the time the polls closed on Tuesday, exceeding any previous turnout for a primary election, according to the Montana Secretary of State. Turnout for the 2016 primary was 293, 548.

This was Montana’s first all-mail election, initiated because of the risk of COVID-19 transmission at polling sites. The state was able to receive federal funding and mailed out about 603,000 ballots, so the response exceeded 50%.

Another somewhat historic detail was the amount of money raised in the gubernatorial primary, especially on the Republican side.

As the first reports came in right after 8 p.m. Tuesday, Gianforte had won Missoula County with 52% of the Republican vote with all votes counted. The state totals took longer to come in, but the Associated Press called the races at 9:41 p.m. when Gianforte had 53%.

Was Gianforte’s win a representation of his fundraising or his political pull? No comment could be obtained because unlike other candidates, he scheduled no online statements.

After winning a special election to become Montana’s Congressman less than two years ago, Gianforte rarely holds public meetings. He refused to respond to a mid-May survey that asked gubernatorial candidates about their stands on public lands. But he has indicated he would support transferring land to the states and has voted against the Land and Water Conservation Fund in the House of Representatives.

Gianforte, a New Jersey native who moved to Montana a few decades ago, raised about $3,567,000 for his campaign, though he pitched in more than $1,600,000 himself. Gianforte made his money in 2011 when he sold his business, RightNow Technologies, to Oracle for $1.5 billion.

This is his second run for the seat.

Also many of his individual donors were family members or out-of-state contributors. Out of his top 10 donors, half are from out-of-state. Many of his top donors work in the real estate or oil and gas industries, according to FollowTheMoney.org.

“Montanans have not cared for self-funders, so I thought it was a tactical and strategic mistake on his part,” Fox said. “I think Montanans like to have candidates they can relate to. Particularly during a crisis, to see people just throwing money to buy votes is difficult, if not impossible, for Montanans to relate to.”

But when COVID-19 hit and Fox couldn’t get out to meet with Montanans, he might have needed a little more money to make up for it with advertising.

Fox contributed nothing to his own campaign, raising around $750,000, which was about one-fifth of what Gianforte had in his coffers. The two top industries contributing to his campaign were lawyers and livestock.

Fox has served two terms as Montana’s attorney general and has sat on the state land board, so he has experience with state concerns and is familiar with Montanans’ love of public land. In a mid-May survey, Fox indicated he supports several public land issues, including the Land and Water Conservation Fund, and wouldn’t support transferring federal land to the state.

In addition, he and his running mate, Jon Knokey, developed a 15-point plan by directly asking Montanans what they thought was important. Implementing that plan would have been his first order of business. But now, he’ll just finish out his term as attorney general.

“I lost my first campaign in 2008 and what I found is there’s life after a campaign,” Fox said. “Losing can be tough temporarily, but it’s not the end of the world.”

Republican candidate Albert Olszewski wasn’t really in the running. He raised more than $318,000, although more than half of that was his own money. The results seem to indicate he was a spoiler, taking votes from Fox.

Over on the Democratic side, candidates Whitney Williams and Mike Cooney were closer in their vote tallies and campaign contributions.

Ultimately, Cooney took the statewide Democratic vote at 10 p.m. with 56%.

“It’s been a long 11 months since we started this adventure. But it’s been worth every minute of it,” Cooney said in a Facebook announcement. “Tomorrow, we need to prepare ourselves to run against Greg Gianforte, because we know that his vision of Montana is not the vision Montanans want. And it’s our job to make sure it doesn’t happen.”

Cooney had raised about $876,000, and the two top industries contributing to his campaign were lawyers and civil servants or public officials. That’s not surprising, considering his long history in Montana state government, starting with working under Sen. Max Baucus for 12 years. He also served as Secretary of State and in the state Legislature.

Williams, daughter of former Congressman Pat Williams and state legislator Carol Williams, did manage to win Missoula County by 52% but she has history here. With no experience holding political office herself, however, she didn’t have enough to get her out to the rest of the state. But she said she’d stay involved.

“The biggest threat is a multi-millionaire from New Jersey. That is Greg Gianforte,” Williams said on a Zoom call conceding defeat. “Mike and I had differences in this campaign, but those differences are over. Starting today, Mike and I are united with the majority of Montanans who are looking for an experienced leader in our next governor. Someone who will bring us out of this crisis stronger than before. A steady hand to guide us above the pitfalls and petty politics. That next governor is Mike Cooney.”

Williams isn’t a newcomer to politics however. She went on to work for First Lady Hillary Clinton from 1996 to 2000 and founded two philanthropic organizations before returning to Montana.

She raised almost $976,000, including $57,500 of her own money and a lot of out-of-state donations. Eight of her top 10 donors live out of state and half live in Washington. The two top industries contributing to her campaign were lawyers and investment bankers.

Candidates from all parties raised more than $6.5 million as of mid-May, according to FollowTheMoney.org. However, that’s far less than the more than $16 million raised so far in the U.S. Senate race.