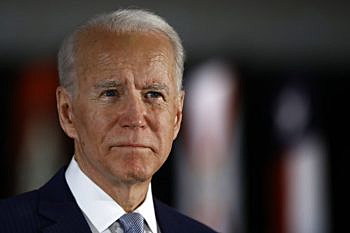 (CN) — President-elect Joe Biden forecast a bipartisan approach to solve problems created by the pandemic in the beginning stages of his presidency during a speech Tuesday while reserving a sharp rebuke of President Donald Trump for his failure to guard against and respond to a cybersecurity breach of federal agencies.

“This assault happened on Donald Trump’s watch,” Biden said. “It is still his responsibility as president to defend the American public interest for the next four weeks but rest assured that even if he does not take this seriously, I will.”

Experts have not released a full report, but many believe the attack was perpetrated by a Russian intelligence-backed hacking group called Cozy Bear. Begun in March, the hack went undetected for several months and has compromised several U.S. federal agencies and their employees.

Senator Dick Durbin, D-Illinois, said the hack was tantamount to a “declaration of war.”

Trump was silent about the hack for days, given his low public profile since his defeat in the presidential election. When he did tweet about it over the weekend, he said “everything is well under control” and raised the possibility it was perpetrated by the Chinese.

Biden noted Secretary of State Mike Pompeo and Attorney General William Barr have placed blame for the attack on the Russians.

Biden also criticized the Trump administration for downplaying the importance of cybersecurity and firing Homeland Security cybersecurity chief Chris Krebs after he contradicted the president regarding the integrity of the November election.

The president-elect said once the full extent of the breach and its implications is understood, the United States will respond.

“I promise you there will be a response,” Biden said.

In keeping with less confrontational more consensus-building themes in the rest of his speech, Biden praised senior Republican leaders in the Senate for speaking out against Russia.

“While I am disappointed by the response of President Trump, I was pleased to see leaders in both parties in Congress speak out loudly and clearly on this attack,” Biden said. “It is a sign that with a new administration, we can confront these threats on a bipartisan basis.”

As he has done consistently throughout the campaign and into the transition, Biden promised to work closely with Republicans to solve problems including the immediate ones posed by the raging pandemic.

“You think Republican small business owners aren’t getting in touch with their representatives?” Biden said when asked about his confidence to solve problems with a Republican-led Senate.

“Congress did its job this week,” Biden said. “It can and must do it again next year.”

Biden’s ability to work across the aisle will be tested if Republicans manage to capture both Senate seats at play in Georgia during a Jan. 5 runoff election. A Democratic victory in both means less legislative resistance to a Biden agenda, but if Republicans prevail, Biden will have to make deals with his former colleagues in the Senate.

“With Donald Trump out of the way, it enhances the chance we get things done,” he said Tuesday.

Biden said he has a four-pronged approach to the coronavirus — funding for vaccines and its distribution, a stimulus package for the unemployed, eviction moratoriums, relief for small business owners hurt by the pandemic-created economic downturn and an infrastructure package to put Americans back to work.

“You have a different team in town, and I am not going to villainize the opposition,” he said.