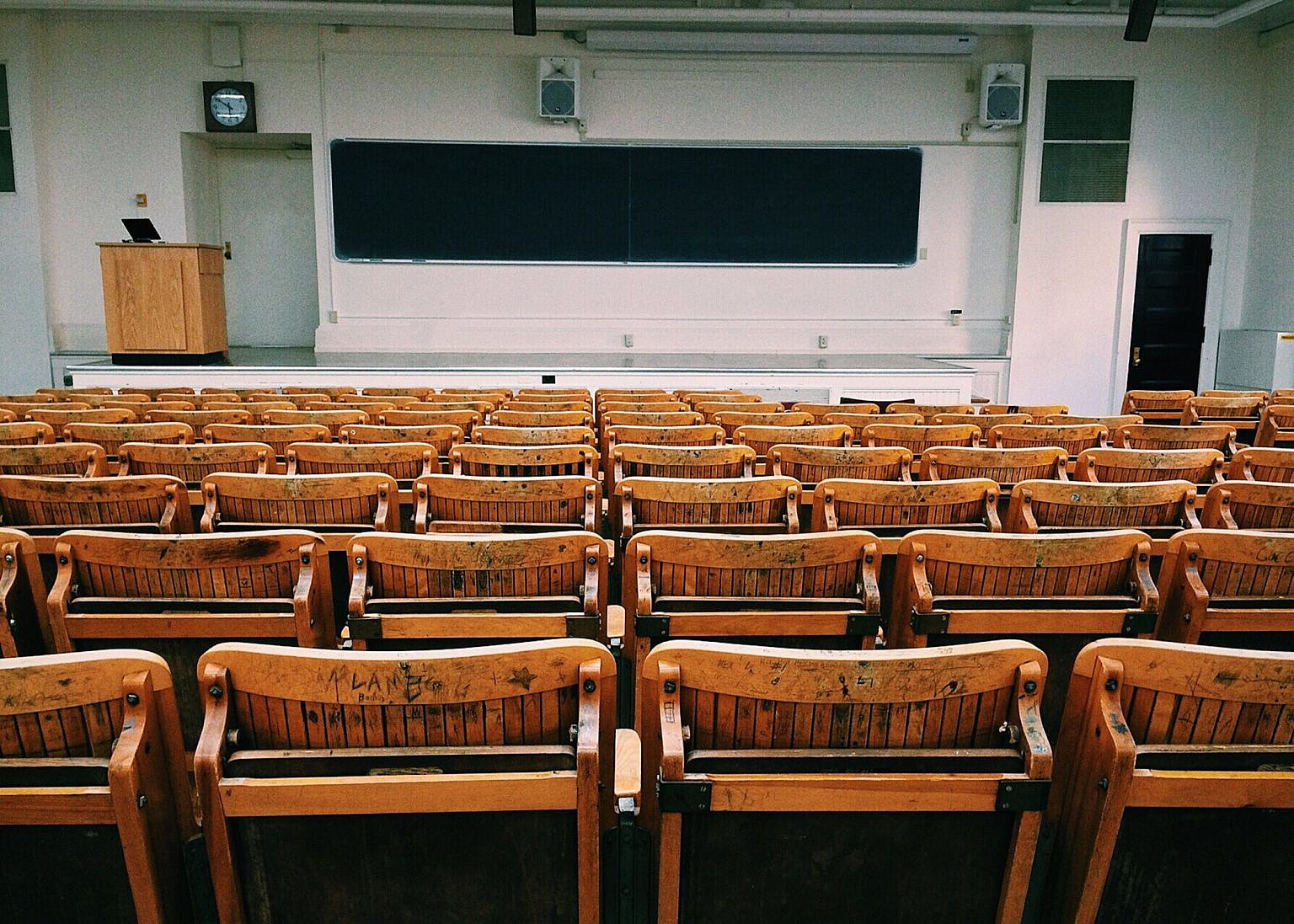 Last week, the House Education Committee stopped a bill opponents had deemed one of the most problematic this session for public K12 schools.

House Bill 633 would have created a separate public charter school system — outside Title 20 of the Montana Constitution — but one funded by taxpayers. Four Republicans joined Democrats to oppose the bill.

“Obviously, school choice has been a topic that we’ve considered quite a bit this session,” said Rep. Sue Vinton, R-Billings, in committee. “I think it’s one that we need to consider going forward as well. I am not convinced that this particular piece of legislation is ready.”

The 67th Montana Legislature has taken up significant legislation when it comes to K12 public education. Guardians of public schools are praising the work of lawmakers when it comes to funding K12, especially in passing a bill pushed by Gov. Greg Gianforte that helps districts increase starting teacher pay and in approving early in the session another measure that provides inflationary funding for schools.

“It’s pretty sophisticated and diligent work by legislators, particularly Rep. (David) Bedey, to really make sure this money flows smoothly with as much flexibility as possible to make sure schools can meet local needs,” Melton said.

But several bills also have drawn significant opposition from public K12 advocates, including the series of “school choice” bills. Representatives of public education organizations point to three as potentially the most problematic, including HB633: House Bill 279 would increase the cap on a tax credit for public and private education donations from $150 to $200,000; and House Bill 329 aims to allow parents of special needs children to use public money at a private school.

“My characterization of those particular bills is they operate on the fringes,” Bedey said. “I don’t believe they will have a substantial effect on public education at all despite what some of the opponents of those bills would say.”

And Rep. Seth Berglee, R-Joliet, said some parents and children need tailored programs outside the public school system. He spoke in favor of HB633 in committee.

“I think the idea behind education is that it would be kid-centric,” Berglee said.

Either way, in trying to fend off at least a couple of school choice bills, the K12 public education advocates are going head to head with the office of Gov. Gianforte.

In testimony, Glenn Oppel, the governor’s policy director, said Gianforte “strongly supports” HB279, although he called for a lower fiscal impact. And emails circulated in drafting House Bill 329 show it’s a priority for the administration as well; the initial title of the bill came out of the Governor’s Office.

Both House Bills 279 and 329 are marching forward in the legislative process, getting green lights from the House Education and Appropriations committees. The House Education Committee tabled HB633, but bills have been revived before in this session and previous ones.

Dianne Burke, head of the Montana Quality Education Coalition, said much of the financial gains made for public K12 could disappear should those three school choice bills become law.

“If they all were to pass, I think that that would have a big fiscal impact on everything in the state,” Burke said. “I think that our gains could be outweighed by the threat to ongoing funding and to the authority of the Board of Public Education and local school boards.”

Although public school advocates have raised concerns about longterm funding as a result of some legislation, federal relief for the impacts of the coronavirus pandemic have created a windfall for K12 at least for the short term.

The total federal coronavirus relief going to public K12 from the three aid packages amounts to roughly 60 percent of the general fund budgets for the schools, or 15 percent a year during the course of four years, Melton said.

The legislature hammered out a plan for the two most recent federal recovery infusions, $552 million in all. Roughly $497 million will be allocated to the school districts, according to a breakdown of funds proposed by the Office of Public Instruction and Montana Public Education Center. The summary notes $13 million will help update OPI’s database system and $19 million will help rectify “state learning loss.”

Kirk Miller, head of the School Administrators of Montana, said all students experienced losses in the coronavirus pandemic, whether social and emotional learning or academic. (He said he’s on a mission to reframe the way people talk about the purpose of those funds.)

“There’s been very meticulous thought put into the most valuable uses of those dollars to mitigate the impact upon student learning and the school environment and making sure that we’re addressing what I’ll characterize as learning recovery and accelerated learning,” Miller said.

As for the database, Melton said OPI has been working with an “antiquated” system, a problem that predates the current administration of Superintendent Elsie Arntzen. He said he believes the update will allow educators to improve learning while it’s occurring.

“If all you’re doing is saying how last year’s kids did, it’s too late to help them,” Melton said.

In the last 12 months, schools have seen the most precipitous drop in enrollment they’ve seen in 20 years, Melton said. But he said lawmakers have cut through red tape and made it so schools are buffered from the enrollment impacts of COVID-19.

For example, schools don’t have to make cuts one year because the number of students dropped — and then be in a bind the following year when students return but teachers have gotten other jobs, he said.

“They’re really being strategic about ensuring those resources are available to provide continuity,” he said. “And I’m really grateful for that.”

Choices on the table

But the public K12 watchdogs are closely tracking the school choice bills, with House Bills 633, 329 and 279 of particular concern. The first two would push public money into private education, and the last would create incentives for donors to fund private scholarships.

“Much of that positive work (in the legislature) could be significantly undermined if they pass legislation that turns around and takes money away from public schools and puts it into the private sector,” Melton said.

The Montana Office of Legislative Information Services provides the public, including media, with information related to the drafting of bills, and the emails related to House Bill 329, which would allow parents of special needs students to use public money for private education, show the Governor’s Office considers that bill a priority.

In correspondence among Oppel, the governor’s policy director, the Montana Family Foundation’s Jeff Laszloffy, and Rep. Vinton, who is sponsoring the bill, Oppel noted “our comms team” came up with the earlier title of the bill. He liked a suggestion from Vinton, but he explained the reason the title was critical. The bill is currently called the “Students with Special Needs Equal Opportunity Act.”

“It’s important because the Governor’s Office will be doing considerable media outreach on this bill and others in his agenda,” Oppel said in an email.

Melton said he believes House Bill 329 is “deeply flawed.” As designed, he said the bill would let a parent enroll their child into kindergarten for two weeks, then unenroll the student. Because districts get funding based on the previous year’s enrollment, the school would have gotten money for that child only the following year. But the brief enrollment nonetheless triggers public support for that child’s private education.

“The district has an unfunded mandate to pump money out of the general fund budget until the student graduates from high school,” Melton said.

Miller said it circumvents lawful oversight: “You’re violating the constitution of Montana by going around the authority of the Board of Public Education, and you’re impeding the authority of the local school district to provide the right kind of programming for special needs students.” (He said a theme among many of the problematic education bills this session is they impose the will of the legislature on schools and sidestep board and trustee authority.)

House Bill 279 has a couple of problems, according to Burke, Miller and Melton. Burke said the cost alone of the increased cap is too high.

Originally, the bill’s scholarship program alone could have cost $22 million at maximum capacity over five years; an amendment has lowered the cap on the aggregate allowed in the first year from $3 million to $1 million. (A revised fiscal note was requested but has not yet been posted on the Montana Legislature’s website.)

“Considering all of the different bills that are going to cut taxes and otherwise impact state revenue, I just think that anything that further cuts that is going to put pressure on all aspects of the general fund, including public education,” Burke said.

And Melton noted the bill, which was written to allow donors to support both private and public education, actually hamstrings donors who want to support particular public schools. In this case, he said a “school choice” bill only purports to offer options for donors.

“The public side is basically being handcuffed from actually competing,” Melton said.

Plus, the way the bill is structured means one class of people can get a huge tax credit and direct their money to pet projects, Miller said: “It forms a caste system in my mind in that you’re now giving the ability of very high income Montanans to actually target their taxes to be spent on whatever their special project would be.”

Despite the high objections from K12 advocates to the school choice bills, Bedey said he doesn’t think there’s reason for alarm. He said given population density in the state, he estimates most students will continue to go to public school.

“I’m not an opponent of school choice. I just don’t see it in Montana as being a major player with respect to educating students,” Bedey said.

He said he isn’t concerned HB279 would create undue budget problems for either public schools or the general fund, although he described it in its original form as “a pretty aggressive bill.”

“I honestly do not see that program having, in the big picture, an adverse effect on our ability to fund public education,” Bedey said. He said there are fiscal implications, but he does not believe they are out of bounds in relation to the state budget trajectory the next few years. “I believe we can accommodate that particular program and continue to do a great job with our public education system.”

And in committee, Rep. Berglee said he believes the bill will actually save taxpayers money. Taxpayers footing the bill for public school students pay roughly $6,000 per pupil, he said, but if a student leaves the public school to take advantage of the scholarship, the state no longer has to pay that amount.

“To me, there’s a cost savings involved,” Berglee said.