HELENA (KPAX) — Joe Lamson, one of two Democrats on the commission that will draw Montana’s two new congressional districts, has a goal in mind.

“Hopefully we can create a district that is competitive district where a good candidate of either party can go out and make their case, to see if voters support them,” he told MTN News.

In other words, Lamson would like at least one of the new districts to be a “swing” seat whose voters don’t tilt one particular way, so a Democrat or Republican candidate could win, in any given election year.

But a Republican member of Districting and Apportionment Commission, Jeff Essmann, says seeking a specific “outcome” is not how the process should work.

“Whether the district leans (Republican) or not is less of my concern than that the process is proper,” he said this week. “We’ve had a 100-plus-year history of having a prairie district (in eastern Montana) and a mountain district. Nobody has advanced any reason to depart from that, that is based on anything other than gerrymandering for a particular outcome.”

Those two views – and, perhaps a few others – start colliding next week, when the five-member panel holds its first meeting to lay down the guidelines for drawing two brand-new Montana U.S. House districts.

Montana is one of only six states nationwide gaining a seat, in the wake of the 2020 U.S. Census – and that gain returns Montana to two seats after 30 years of one, at-large seat for the entire state.

Montana gets a new district as Republicans are ascending in political power here, having won every statewide office in the 2020 elections and increased their majorities in the Legislature.

But the Districting and Apportionment Commission has two Republican and two Democratic members, named by party leaders, and a nonpartisan chair, who was appointed by the Montana Supreme Court.

Together, they will examine the population and other data and draw a boundary that creates two Montana districts with equal population, by mid-November – and, then, candidates will run for those seats in 2022.

Montana’s only incumbent congressman, Republican U.S. Rep. Matt Rosendale, likely will run for re-election in one of the districts, but the other district will be an open seat. 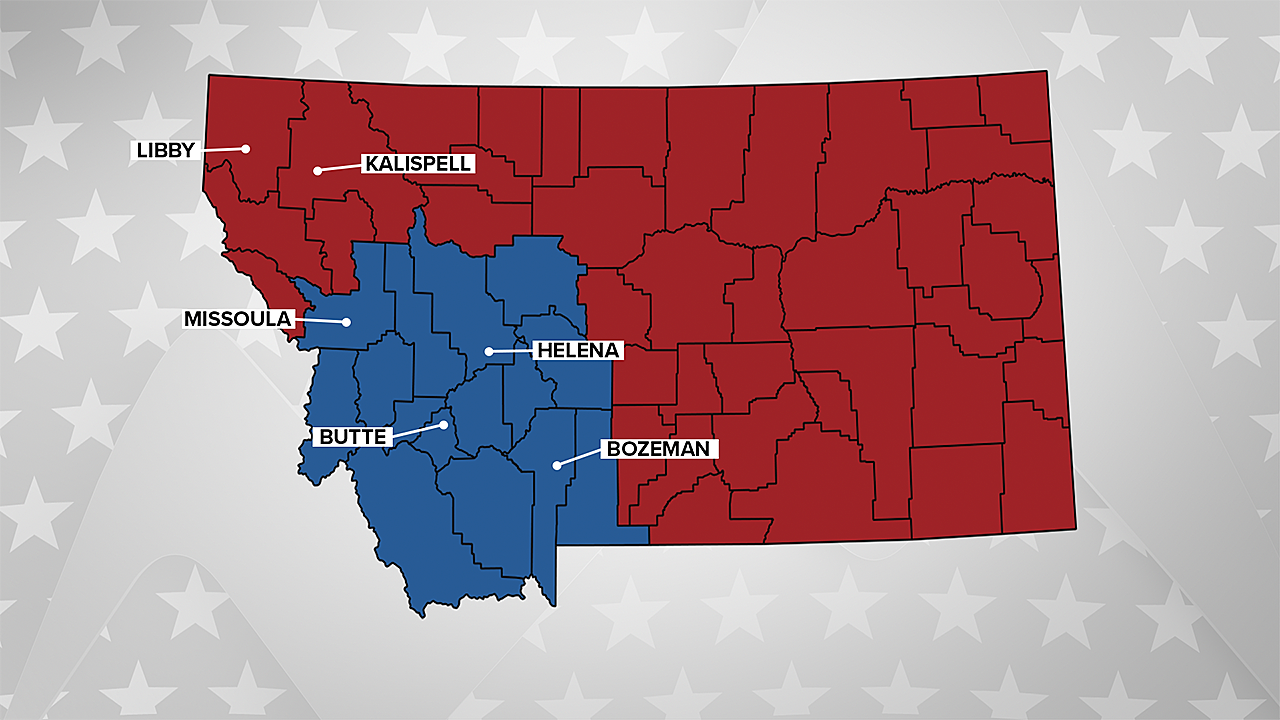 At least one Republican – former Congressman Ryan Zinke – and some Democrats have expressed interest in the races, wherever the boundary lines may be.

Next week, commission members will start discussing the “criteria” for drawing the boundaries of the congressional districts.

But, regardless of those criteria, the final decision will come down to what parts of growing western Montana will be shifted into a district that is all of eastern Montana, where population growth has been lagged behind.

Lamson says Montana’s old western district – before it was wiped out by the 1990 Census, when Montana went down to one district – now has 220,000 more people in it. That means half of that population will somehow end up in the “eastern” Montana district.

A key battleground in this political tug-of-war is likely Bozeman and Gallatin County, the fastest-growing area of the state. Bozeman was in the old western district, along with the Democratic strongholds of Missoula, Butte, Helena and Anaconda, and Republican-leaning Flathead County.

No one has produced any official proposals yet, but Lamson says most Republican plans he’s seen place all or part of Gallatin County and Bozeman into a district with eastern Montana.

“That’s an old gerrymandering tactic called `cracking,’” he says. “You put a strong Democratic area into an overwhelmingly Republican area just to drown out their votes, to make them not as effective.”

A plan floating around Democratic circles would take Republican-leaning northwest Montana, including Kalispell, and attach it to the eastern-Montanan district, leaving Missoula, Bozeman, Butte and Helena in the remaining district, which would lean Democratic.

Essmann says any such plan is a clear attempt at Democratic gerrymandering.

“There is no history for that, no reason for that, other than achieving a political outcome,” he says.

The commission won’t get detailed population data until mid-August, after which it will have 90 days to draw the boundaries. It will likely propose several maps and hold hearings on those proposals across the state.

Essmann and other commissioners encouraged the Montana public to submit their own ideas and maps, saying technology has made it easy to crunch population and voter data. 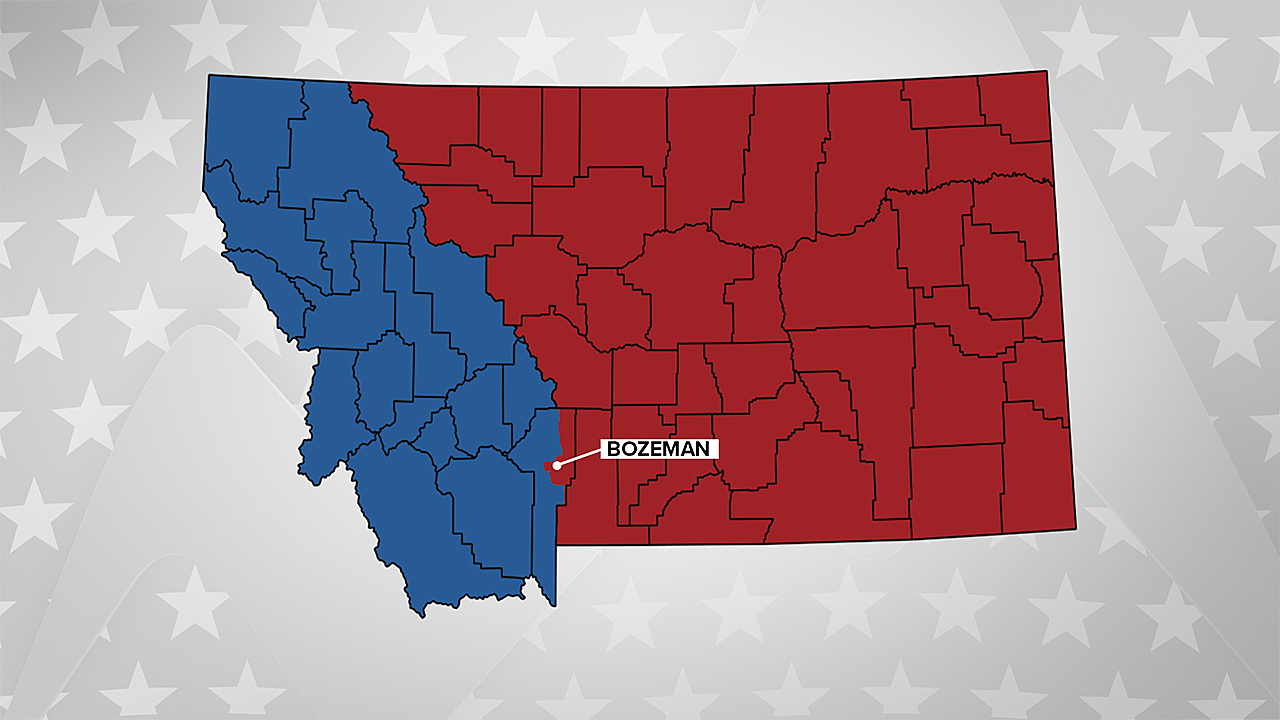 A key figure in this political scrum will be Commission Chair Maylinn Smith, who was appointed late last year by the Supreme Court. The initial chair, former University of Montana President Sheila Stearns, stepped down for personal health reasons.

The state Republican Party has criticized Smith as a closet Democrat, pointing to her several past donations to Democratic candidates.

Smith, who spent nearly 25 years on the faculty at the University of Montana Law School and has worked as a tribal judge, told MTN News that she’s mostly ignored the criticism, and says she’s well aware of her role as a nonpartisan arbiter.

“I am very capable of putting any of my personal or political views aside and determining what is fair, in accordance with what the constitution says we’re supposed to do,” she says. “That’s not a political role – it’s how do you create an electoral process that’s fair for everyone, regardless of what party they’re with.”

Smith says she hopes to craft consensus on the commission and avoid having to be the tie-breaker on 3-2 votes.

David Parker, chair of the political science department at Montana State University, says he’d like to see at least one of the districts be a competitive one between the parties, because a competitive race means more voter engagement and interest.

Yet he also says Democrats may be at a disadvantage, no matter how the districts are drawn.

Not only has the state become more Republican in recent years, but there is no well-known Democrat ready to run in 2022 – and, with the districts not final until November, they won’t have much time to raise money and campaign, Parker said.

“Democrats are kind of frozen in the moment,” he said. “And there is no big Democrat out there, sitting there, that could jump into the race at the last minute and have a massive impact.”

Still, Parker says he foresees a bitter political battle over how the districts will be drawn.

“Republicans absolutely will want to create two districts which will generally reflect the overall state vote and make them pretty Republican,” he said. “Democrats obviously are going to want districts that they could actually have a chance to win. It’s going to be a knock-down, drag-out fight.”