Looking to send a message that transgender youth are valuable members of the community, the Missoula City Council on Wednesday advanced a resolution stating that actions taken by the Montana Legislature didn’t represent Missoula and its ethics of equality.

The state’s legislation and Gov. Gianforte’s rapid support “intentionally and systematically marginalized” a vulnerable population, council members said. The resulting laws were “morally bankrupt,” they added, and it required that Missoula send a broad message stating that Montana’s LGBTQ+ youth “are entitled to respect, privacy, inclusion, safety and security.”

“We can’t control the Legislature and I was appalled at the discussion that was happening around these issues,” said council member Stacie Anderson. “What we can do in our community is make it clear that all members of our youth community are welcome here. I want to make it clear that is the Missoula that I stand for.”

The unveiling of Wednesday’s resolution is the direct result of actions taken by the Legislature earlier this year. The Republican majority passed two bills targeting transgender youth in specific, including one that effectively banned gender transition procedures and punishes doctors who render certain medical care.

The other limits the participation of transgendered youth in interscholastic sports to the sex they were assigned at birth. The bill received a sharp warning from the NCAA that could cost Montana’s two flagship universities the opportunity to host playoff games.

If that comes to pass, it could cost Missoula and Bozeman businesses millions of dollars in revenue. The state could also lose an estimated $350 million in federal education funding while the nation’s largest non-federal economy – California – has already banned state-funded travel to Montana as a result of the Legislature’s anti-LGBTQ laws.

“The legislature has systematically marginalized a vulnerable youth population, and it’s morally bankrupt at it’s best,” said council member Jordan Hess. “The City of Missoula has the opportunity to plant a flag that reaffirms that trans youth in our community are valued, respected and supported, and this isn’t the Montana we’d like to see here in Missoula.”

Beyond the potential economic impacts of the state’s legislation, the bills marginalized many Montana youth who are already vulnerable to discrimination. Some have left the state as a result, saying Montana no longer offered them an equal opportunity.

Zooey Zephyr, who described herself as a trans-woman, said her community was directly hurt by the state’s callous actions.

“The laws that went forward were not only based on a misrepresentation on what it means to be trans, and not only did our pleas fall on deaf ears at the Legislature, my community is suffering in response to the laws that passed and the laws that were discussed,” said Zephyr.

“I have friends who have left the state who were contributing members of the Missoula community because they don’t feel there’s a home for them here anymore,” she added. “Those of us who remain are scared of what our future in Montana is going to be.” 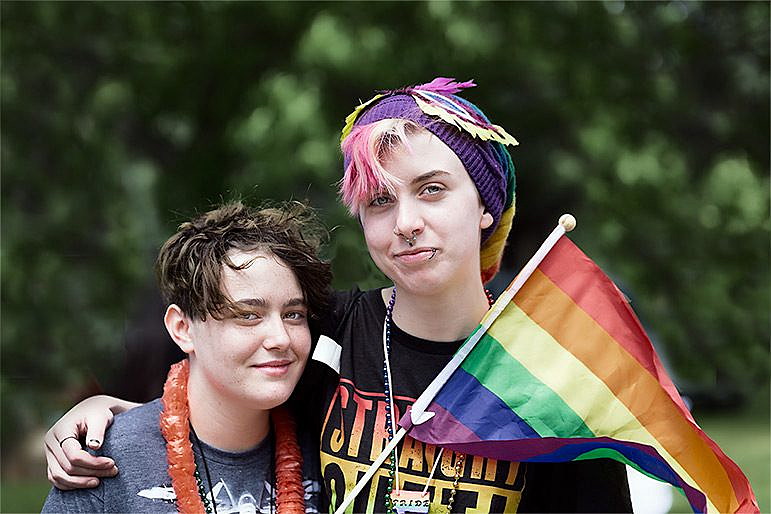 The Legislature’s laws and Gianforte’s support have placed Montana at the forefront of marginalizing specific members of the population based upon gender or identity. Most Missoula council members, backed by many constituents, want to make it clear that current state leaders and lawmakers don’t represent Missoula on the issue.

Missoula leaders tried to encourage Gianforte to veto the bills. In April, Missoula County sent a letter to the governor saying the anti-LGBTQ bills would “deeply hurt” transgender youth in the city. They said it was wrong for the governor to condone a policy that harms a single group of people and their mental health.

Wednesday’s resolution was sponsored by council members Hess, Bryan von Lossberg and Gwen Jones. The fact that the Legislature adopted the bills among its first order of business this session was “shocking,” Jones said.

“I was shocked that this was the priority. I was shocked that these bills were even brought,” said Jones. “I can’t control the Legislature, but I sure as heck can, as a City Council member, bring what I think is the appropriate thing to do in Missoula.”

While all members of the council on Wednesday supported moving the resolution to a public hearing, at least one expressed opposition to parts of it. Council member Sandra Vasecka said, “There are parts of the resolution I agree with and parts I disagree with.”

Like most council members, Vasecka withheld further comment until the first public hearing, which is scheduled for July 12. Sponsors of the resolution anticipated some opposition from their peers.

“I have spoken with those on Council who I don’t think will be in favor of this, and to say that I heartily disagree with them would be an understatement,” said Jones. “One of the biggest responsibilities and jobs a community has is to support its youth, and it’s very important we as a community help our LGBTQ+ youth.”