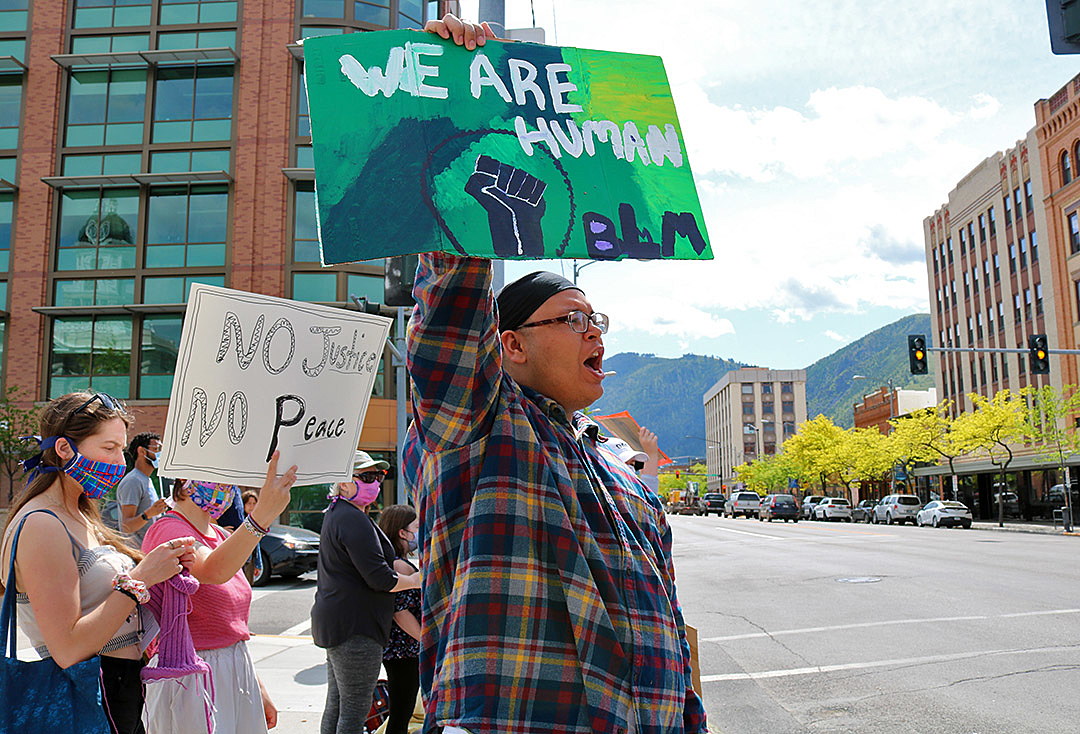 Following actions by Missoula County last week, the City of Missoula on Wednesday opened its public hearing for a resolution stating its intent to establish a just, equitable and inclusive community.

Pursuing such goals as part of a select national cohort marks the first step in setting an organizational commitment to begin the work, one that will require a budget commitment from the city to fund a new position.

“We think it’s important to have opportunity for every resident across the city to be successful,” said Donna Gaukler, director of Parks and Recreation. “It’s in virtually every plan we adopt. We know economically and financially, we’re more successful as a community when we’re all successful.”

To begin the work – and in response to the Black Lives Matter movement – the city last year created its LEARN strategy, which seeks to determine the level of implicit and explicit biases and inequities toward BIPOC residents in local government.

The LEARN team (Listening Engaging Acting Reflection Network) has already reviewed the city’s website and made changes and edits to more appropriately reflect the community and its goals, Gaukler said. Some departments have also had their public-facing documents reviewed and edited where necessary.

Adopting the JEDI resolution – Just, Equitable, Diverse and Inclusive – marks the next step in the process. The city was invited as a member of the National League of Cities’ “Cities of Opportunity: Turning Crisis into Pathways for Equity and Resiliency” in January.

“It will create a forum to work together on all these particular projects, keep us accountable and be a resource for the community itself,” said city CAO Dale Bickell. “Our participation in the cohort and on the advisory council is how we’ll weave this into the community.”

According to the resolution, Native Americans and other people of color make up almost 8% of the population in Missoula, but they remain disproportionately represented in several income groups, including those earning 80% of the area median income or less.

The resolution also suggests that Native Americans are disproportionately affected by health disparities like substance misuse and depression. They also suffer from other social issues that play a role in health, such as poverty and a lack of health insurance.

“I believe this resolution will help us as a community be intentionally inclusive so everyone, regardless of their skin color, will have access to government and all the wonderful things our community has to offer,” said council member Mirta Becerra. “There are systemic barriers that have made it incredibly difficult, if not impossible, for marginalized members of our community to have equal access to housing and healthcare, infrastructure and education.”

According to figures provided this week by the city, 91.7% of Missoula is listed as white and 16.2% of the population is over the age of 65. Around 5% of county residents speak a language other than English at home.

Among other things, the JEDI effort will seek new strategies to review and revise local policies, procedures and initiatives to better reflect justice, equity, diversity and inclusion. It will also develop tools to track progress.

“It will signal our continued commitment to achieving the goal of being a more inclusive and equitable city,” said Becerra. “We will have work to do. We’re trying to break barriers that have been in place for decades, if not longer.”