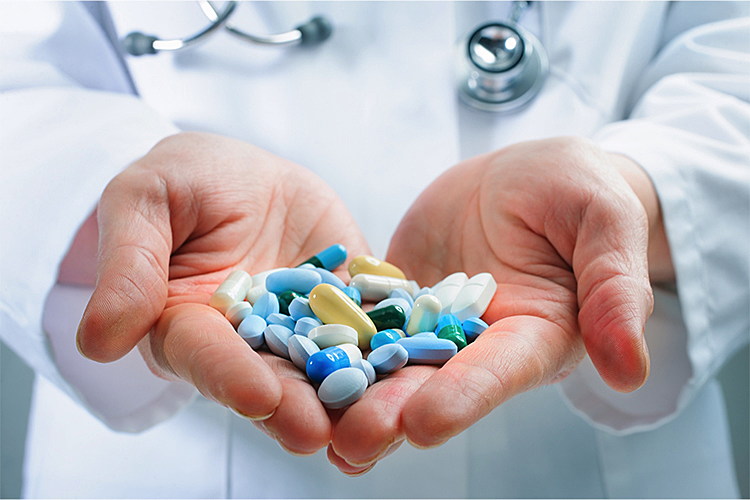 WASHINGTON (CN) — President Joe Biden laid out his plan to lower prescription drug prices at a White House press conference Thursday, addressing what he called “one of the largest out-of-pocket expenses” for U.S. families.

It is estimated that Americans pay two to three times more than people in other countries for prescription drugs, and that a quarter of Americans taking prescription drugs struggle to afford them. The initiative that Biden pushed on Thursday is a cornerstone of his Build Back Better Agenda, and the president made the case against high-cost medications by leaning on his own experiences.

“I remember what it was like from my mom, as she got older and moved in with us,” Biden said. “Her prescription drugs were so expensive that it took me, my two brothers and my sister chipping in to cover the thousands of dollars in monthly costs.”

Condemning the practice of pharmaceutical companies jacking up prices on medications for everyday diseases and conditions, Biden gave a few examples of costly medications on the market today, pointing to a common rheumatoid arthritis drug that can cost $7,700 per month and another that treats multiple sclerosis if the patient can swallow the price tag of up to $7,100 per month.

“For years, many prescription drugs have dramatically outpaced inflation,” the president said. “These prices have put the squeeze on too many families, stripping them of their dignity.”

Americans should not have to choose between paying the mortgage or putting food on the table and buying medication, Biden continued, expanding on his plan to lower prescription drug prices and grant Medicare the authority to negotiate its own prices.

As it stands, Medicare is not permitted to negotiate on its own. Prescription drugs through Medicare currently flow through private insurance companies.

“My plan gets rid of that prohibition,” Biden said. “The proposal I made while I was running for president is that Medicare should negotiate drug prices across the board. Congress is currently debating a more narrow vision, letting Medicare negotiate some of the most expensive drugs, particularly from those companies that don’t face competition for that drug.”

Such reforms are designed to lower premiums and copays for millions of Americans, including those dependent on insulin, arthritis medicines or expensive cancer drugs.

The plan is advertised to save Medicare beneficiaries about $200 on average. Savings could be more widespread, according to a White House fact sheet, if Medicare makes the prices it negotiates available to commercial payers, thus leading to drops in cost for employer health insurance.

“I think it’s safe to say that all of us, whatever our background, our age, and where we live, can agree that prescription drug prices are outrageously expensive in America,” Biden said.

Recent surveys bear this out. A public opinion poll done in May by the nonprofit Kaiser Family Foundation found that 88% of respondents, including 77% of Republicans, 89% independents and 96% of Democrats, favored allowing the federal government to negotiate for lower prices on medications.

It remains to be seen, however, if unanimous distaste for high drug costs will win over Republican lawmakers opposed to giving Medicare more authority and pulling it away from the hands of private insurers. Some say bipartisan support is possible after the Senate’s passage of a $1 trillion infrastructure bill in a 69-30 vote.

While the bill represented a significant haircut from the $2.3 trillion that Biden had asked for months earlier, Senate Democrats managed to get it through the goalposts with 19 Republicans on board.

If Medicare was granted the ability to negotiate prescription drug prices, Biden said that it would be given a guide as to what a fair price for each drug and that the government would offer incentives to drug companies to offer fair prices. Biden emphasized that drug companies would still be able to make billions of dollars even with these reforms, “as is their right to do.”

He also suggested Thursday that drug companies face a penalty if they raise their prices faster than the rate of inflation, noting that this alone could save seniors thousands of dollars a year.

“Seniors would not pay more than $250 a month on average,” he said, explaining that his plan would also include a rough $3,000 price ceiling for the amount seniors have to spend on drugs per year.

Biden also pushed Thursday for the creation of a new agency under the National Institute of Health. He said it would serve a similar function as the Defense Advanced Research Project Agency (DARPA) under the Defense Department, which seeks out the cutting-edge research projects that enhance U.S. national security and has been responsible for breakthrough technologies like the internet and GPS.

“I propose we spend $6.5 billion for a similar agency within the National Institute of Health, called Advanced Research Project Agency,” Biden said. ARPA, he continued, would help “speed cutting edge research” on detections, treatments and cures for diseases like Alzheimer’s, diabetes and cancer.

This order put the prescription drug market on notice with a mandate that the Food and Drug Administration work with states and tribes to import prescription drugs from Canada. Another feature of the order directs the Department of Health and Human Services to increase the number of generic drugs it throws support behind.

In the next month, Health and Human Services must report back to the White House with point-by-point plan on how it will stop price gouging on prescription drugs and lower drug prices overall.