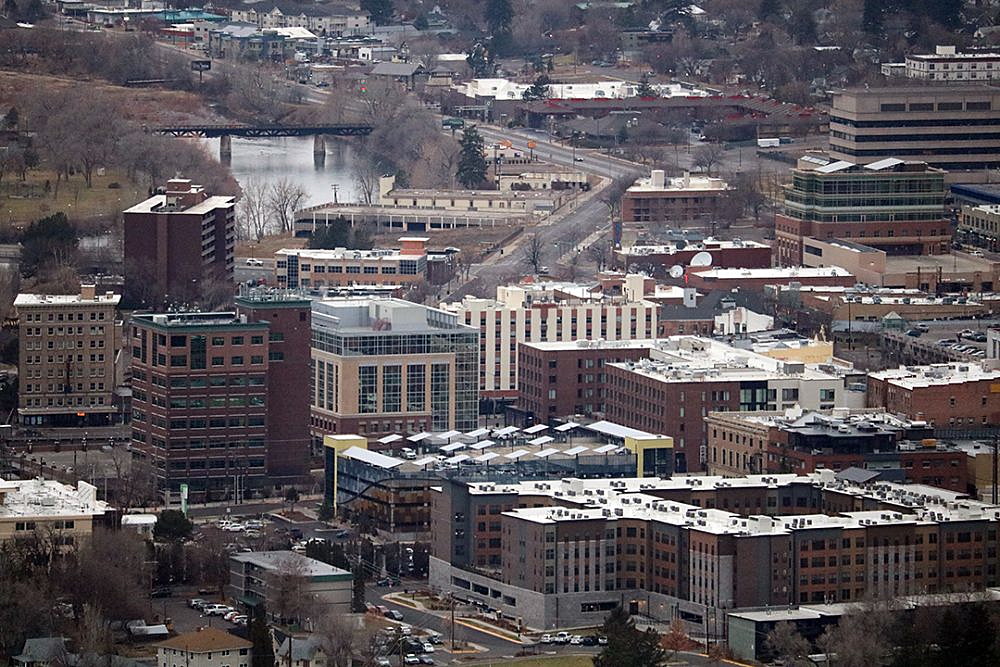 Editor’s Note: This story has been modified to more accurately reflect the nature of ongoing and one-time expenses added to the budget on Monday night.

The City Council added roughly $45,000 in ongoing expenses and $173,000 in one-time costs before adopting its new fiscal budget on Monday night, saying Missoula was in a unique position to fund a number of requests made possible by federal funding.

It also adopted a wide range of 3% fee increases for everything from the parks and lighting districts, to fire inspection and policing at special events.

After months of discussion, the FY22 budget will appropriate around $244 million. While the city isn’t levying any new mills, taxes will still increase due to those mills holding greater value. That comes in part as a result of higher property values stemming from the state’s latest appraisal process.

As council debated the final budget, reforming the state tax code and equity for all were the topics of the night. The budget passed on an 8-2 vote, with two absent.

“This will be the most impactful, transformative budget that I will have the chance to vote for,” said council member Jordan Hess. “It will make an impact in our community, do the work that matters and make a difference.”

The last-minute additions approved on Monday range from $5,000 for Climate Smart Missoula to $23,000 to study tourist homes and their impact on the local housing market.

Larger additions to the budget include $100,000 to fund and implement a strategic communications plan for the city, and $100,000 to boost the capacity for energy conservation and climate action. All were supported by a majority of council members.

“We have great plans in place, but we need to execute on them more,” said council member Gwen Jones. “Climate change is not going away for us.”

Those opposed to elements of the budget described the fee increases as an unseen tax on property owners, one that’s fallen on the radar of the state Legislature.

Ramos suggested the fees were a way to circumvent budgetary caps set by the state Legislature. The Missoula Current could not immediately confirm his figures.

“There’s nothing special about these districts,” Ramos said. “Every single taxable property in the city is included in these districts, so what makes that special? If we don’t fix ourselves and police ourselves, the Legislature will fix this for us. If we don’t start to moderate ourselves with this, there will be some moderation put in place for us. We can’t tax ourselves into prosperity.”

But most council members disagreed with Ramos, calling his argument on special fees little more than “smoke and mirrors.” They noted the budget’s investments, including a $2.7 million infusion to the Housing Trust Fund to pursue affordable housing and $850,000 to overhaul the city’s regulatory codes around housing and construction.

Larger amounts, including $1.1 million, will expand the Mobile Crisis Support Team while $3.5 million will establish a veterans supportive housing program in partnership with the Poverello. The budget is heavy with social programs, though it also funds basic services.

Hess took issue with Ramos’ description of special fees, saying his argument neglected the budget’s greater good and misled the public on the state’s cap on any budgetary increases to half the rate of inflation.

That, Hess said, is intended to render local government ineffective.

Hess and other council members highlighted the budget’s investments, including communications infrastructure for emergency services, shelter for the homeless and city planning. It invests in police and fire, modernizes zoning codes and funds new judges at municipal court.

Despite the philosophical debate, the council easily passed the budget.

“This budget really is a reflection of an investment of people in our community,” said council member Stacie Anderson, naming the budget’s many investments. “It’s money well spent. This budget is doing all of that.”