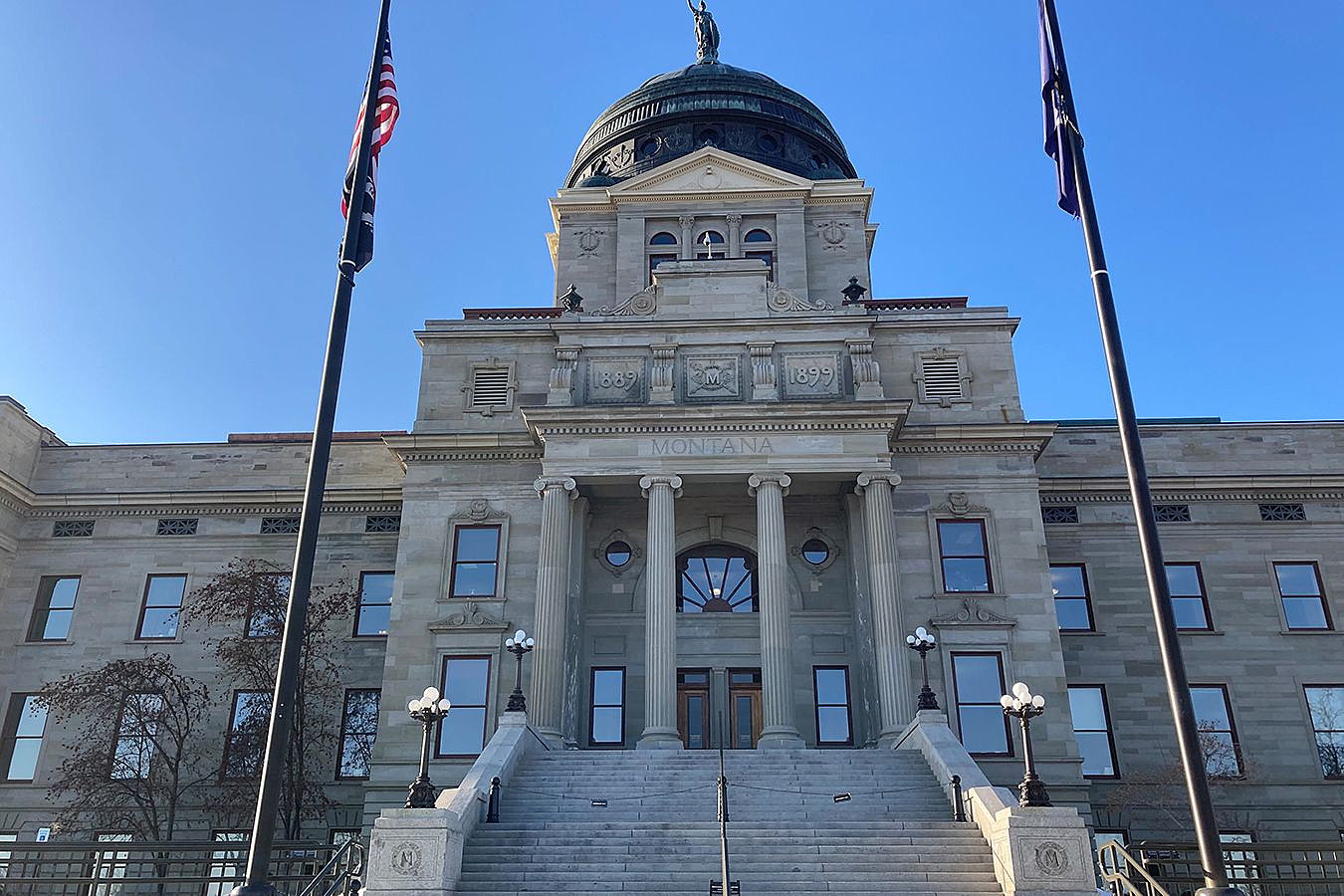 (Daily Montanan) The stakes for the Montana Districting and Apportionment Commission have been raised.

The body in charge of drawing legislative and congressional maps for the state has spent weeks dealing with the technical side of the process: enumerating mandatory and discretionary criteria for district maps, discussing how to allocate incarcerated people, creating processes for public comment.

But in August, the U.S. Census Bureau released to states the final 2020 apportionment dataset — behind schedule, due to COVID-related delays — triggering a 90-day countdown to the deadline for the commission to submit a proposed congressional map, one that for the first time in decades will show two districts.

In contrast to many of their predecessors, the commissioners — two from each party, plus a chairperson generally appointed by the state Supreme Court — have found common ground on a variety of issues so far, thanks in part to the unique consensus-building approach of Chairwoman Maylinn Smith. She’s only had to break two ties, something the partisan commissioners have readily acknowledged.

But the release of the Census data means the real fight is just getting started, and with a new congressional seat up for grabs and a history of partisan conflict between Democratic and Republican commissioners, the coming weeks will test the unusual spirit of agreement the group has cultivated.

“I’m nothing but impressed with her abilities and how she’s done that,” said Democratic Commissioner Joe Lamson about Smith, a former law professor and civil prosecutor for the Confederated Salish and Kootenai Tribes. “We’ve just disagreed on two votes. And I would not have predicted that going into the process.”

The process of redistricting in Montana is almost always a sticky one, especially in recent decades, regularly followed by litigation from plaintiffs representing a variety of political interests and accusations of gerrymandering or partisan trickery.

Republicans have historically been distrustful of the Supreme Court’s pick of the theoretically non-partisan chairperson — and, for that matter, the court itself — something that stems in part from the series of crucial tie-breaking votes the chair in the 2000 cycle, an educator, indigenous advocate and former Democratic activist named Janine Pease Pretty on Top, lent to the Democratic commissioners.

“The record clearly shows that in the year 2000, there was not a consensus type approach taken,” Republican Commissioner Jeff Essmann, a former state Senate president and state party chairman, told the Daily Montanan.

But this cycle has so far been different. That’s not to say there haven’t been political skirmishes: last December, the state GOP objected to Smith’s appointment to the commission because she had made small political donations to Democrats in the past; in the legislative session, Republicans furthered legislation that may or may not be enforceable imposing requirements on the redistricting criteria the commission adopts; and in the session’s final days, a mysterious map circulated around the capitol showing a favorable Democratic congressional gerrymander that had lawmakers from each side accusing the other of mischief.

However, Smith has helped the commission navigate most of its thorniest policy debates in the past months — how and whether to encourage competitiveness, how to allocate incarcerated people, the allowable population variance between districts and so on — while only having to break a small number of ties.

It’s a far cry from 2000, when Republican and Democratic commissioners split on essentially every vote, or the decade before, when the GOP dominated the commission.

“To me, consensus is having people talk it out and reach common ground and giving them the safe space to have that conversation in,” Smith said. “I try to depoliticize it to the extent I can. I do consensus because that’s how things get done in Indian Country.”

Current commissioners said Smith’s approach was novel, especially for those with legislative backgrounds, like Essmann. But whether this spirit of consensus remains is hard to say: With a new and possibly strategically important seat open in Congress, each major party knows that the location of the rough axis dividing the two new U.S. House districts will have huge ramifications over the next decade.

On one hand, Republicans are looking to reclaim a majority in the U.S. House and cement the party’s widespread success in 2020, which saw sweeping victories for conservatives across state offices and progress in the Legislature.

On the other, there’s a chance Democrats end up with a winnable seat in Congress, depending on how the map is drawn, protecting the party’s national majority and sending a Montana Democrat to the lower House for the first time in decades.

Observers point to the alignment of just barely blue-hued Gallatin County — the state’s fastest growing county, according to recent census data, accounting for 31 percent of Montana’s overall growth in the past decade — as one of particular importance, especially to Democrats.

Historically, it’s ended up in the Democratic-leaning western district, but the rapid growth of western Montana and the relative population decline of the eastern part of the state means the old way likely won’t be applicable, if an east-west divide is what the commission settles on. Even a district that contains Missoula, Bozeman, Butte, Helena and Great Falls would have still have narrowly voted for Trump, according to elections analyst Dave Wasserman.

“We should have all known just watching Bozeman grow that it was going to have the highest population growth for the state, but I think that it is not within our purview to estimate what’s going to happen within the next 10 years,” said Democratic Commissioner Kendra Miller.

The tension underlying these decisions and the history of mistrust began to show in the commission’s meeting on Tuesday, where Essmann and fellow Republican Commissioner Dan Stusek floated a requirement that any map would need majority approval before going to the public for comment and further in the process.

Doing so, explained Commissioner Essmann during the meeting, would limit maps that only have the support of two partisan members while continuing the spirit of consensus building. Essmann further justified the proposal with his belief, one common among Republicans in Helena, that the GOP got a raw deal in the 2010 and especially the 2000 redistricting cycles.

“Members of previous commissions that I spoke with … basically stated that they felt because of the effectiveness of Mr. Lamson as an advocate and the way things were structured, their efforts largely were relegated to making changes on the margin of proposals,” Essmann said. “That’s led to suggestions I’ve received as a Republican member of this commission that, if the other commissioners bring in a plan that starts from the North Pole, we should bring in a plan that starts from the South Pole.”

Requiring a majority vote to submit plans for public comment, he explained, would be akin to starting from the Tropic of Capricorn and the Tropic of Cancer — a shorter distance to the equator.

Lamson said he’d find it inconceivable “that two members were supporting a plan that three members did not support, and we wouldn’t even put it out for public comment,” while Miller pointed out that the commission adopted goal language stating that no map should unduly favor one party over another, which would seem to make the debate moot.

Ultimately, Smith interjected, and again steered the commissioners away from digging in their heels.

“I do intend on trying to get consensus,” Smith said Tuesday, quieting the debate on the Essmann proposal. “Having said that, that would require both sides to advocate to why they want a particular map to come forward. In the event it comes down to a 2-2, I break the tie. That’s what would happen.”

But historical memory — or at least a version of it — is still fresh. The barbs, lawsuits and accusations that the parties have for years traded around the redistricting process still feel fresh for some in the state’s political community, informing how the commissioners are approaching their remaining work.

In brief, political geography, as always, will dictate the commission’s work, both with the new congressional district as well as the subsequent legislative districts. A decade ago, Regnier wrote in the law review article that due to growth in western Montana, “the new legislative boundaries had to account for the population increases or decreases by county as well as the statewide population shift.” The commission awaits a similar challenge now.

But in addition to simple demographic trends, the inherent politics of the process — note, the commission is bipartisan, not non-partisan — are pervading as the commission’s work continues. And the political opportunity this cycle is greater than it’s been since Montana lost its second congressional seat years ago, and the atmosphere of suspicion was as clear in this week’s meeting as it’s been throughout the cycle.

“I see it as a way to help alleviate some of the concerns that maps that are sent out to the public might be heavily weighted toward one side or the other,” said Republican Commissioner Dan Stusek, speaking of the proposal to require majority support for maps to receive public comment. “We see this as a way to build consensus and public trust in the process.”

The next several meetings will test that hypothesis.

“I like to think that you can almost always reach consensus if you can work from the common ground,” Smith said. “Our goal is to create the fairest map possible. I may be naive, they may prove me totally wrong, but I like to think that our goals are the same.”