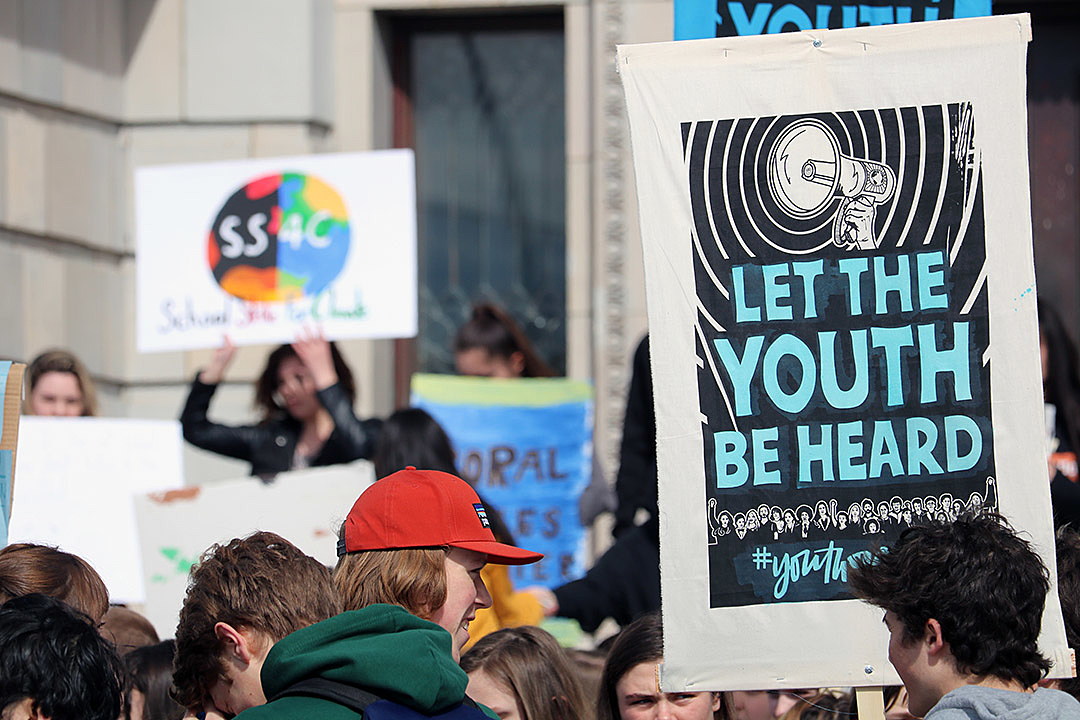 (CN) — Citizens of advanced economies across the globe said they are willing to alter how they live and work in response to climate change, according to a new survey conducted by Pew Research Center.

The study surveyed thousands of adults in 17 nations across North America, Europe and the Asia-Pacific region, including more than 2,500 adults in the United States. Across all those surveyed, 72% of respondents said they were “very concerned” or “somewhat concerned” about being personally affected by climate change.

“Across 17 publics, there’s a lot of concern that global climate change will harm people personally, at some point in their lifetime,” said Jacob Poushter, associate director of research at Pew, in an interview. “People are saying, in general, that they’re willing to make changes about how they live and work. But there’s less confidence in the international community to deal with the issue.”

Poushter said the study reflects “growing concern” about climate change, pointing to the study’s trend data tracking the change in concern since 2015. The most significant change happened in Germany, where the percentage of respondents who were “very concerned” about personal harm from climate change increased by 19% from 2015. In the United States, the percentage of “very concerned” respondents did not change significantly.

Among all the countries, 80% of those surveyed said they are willing to make “a lot of changes” or “some changes” to how they live and work to help reduce the effects of global climate change. But the research showed that concern about climate change and willingness to adjust behavior in response varied based on age and ideology.

Poushter pointed to Sweden as the survey’s most pronounced example of disparate levels of concern among different age groups. The percentage of Swedish respondents 65 or older who were very or somewhat concerned about climate change was 40 points less than that of Swedish respondents aged 18 to 29. Poushter said the finding was particularly interesting considering climate activist Greta Thunberg hails from Sweden.

He also highlighted the ideological discrepancies within individual nations, particularly the United States.

“Those on the left are more willing to make changes to deal with climate change. They’re more concerned about climate change,” Poushter said. “And of course, this is especially the case in the United States where some of the ideological and partisan gaps are larger than they are in any of the other publics that we survey.”

“Publics are generally positive on their own country’s handling of climate change, with a couple exceptions. It’s not as positive in the United States, in Taiwan, South Korea, for example,” Poushter said. “But [among] most of the other countries that we surveyed in Europe and East Asia, there is sort of a positive view about how their own countries are dealing with climate change. When you juxtapose that with how these public’s view the United States, it’s much more negative. For example, in Germany, only 20% of Germans say that the U.S. is doing a good job of dealing with climate change.”

Poushter said that previous Pew Research Center studies show America’s image has improved in the eyes of many of these nations since the presidential transition from Donald Trump to Joe Biden.

“Even those positive feelings towards the U.S. don’t really apply when it comes to climate change,” said Poushter. “I think that is a very interesting finding that even goodwill towards the United States overall does not necessarily equate to trust in the United States to deal with this sort of global issue.”

Going forward, Poushter said there is more research to be done examining how attitudes surrounding climate change evolve, especially in the face of worsening climate events.

“We’ve seen in the past that climate change has been ranked as one of the top global threats by many people across the world. I think that’s something important to track over time,” he said. “At some point, we’ll try to dig down a little more into the policy responses, like personal changes that people would make. Also, this survey was done before the summer, and we know that over the summer there was a lot of extreme weather. I think it would behoove us to look a little deeper into how people see the connection between that kind of extreme weather and climate change.”