Montana’s 1972 Constitution was groundbreaking in giving its citizens the rights to a clean and healthful environment, to privacy and to know what their government is doing, among others. As the 50th anniversary approaches, one organization is honoring the delegates for their wisdom and foresight.

On Wednesday, the Montana Environmental Information Center honored the 100 delegates of Montana’s 1972 Constitutional Convention with its Conservationists of the Year award in the Senate Chambers of the state Capitol. Six of the 13 delegates still living attended the ceremony, including Missoula delegate Bob Campbell.

MEIC executive director Anne Hedges, whose organization started a year after the Constitution was passed, said she and other government watchdogs couldn’t do their work without the rights built into the Constitution. She apologized for not recognizing the delegates with the award sooner.

“I want to thank each and everyone of you for the gift that you’ve given current people in this state and future generations,” Hedges said. “We, more than any other provision in the Constitution, rely on the open-government provisions. We can’t do our job, hold government accountable, and try to make sure our air is clean and our water is clean without the ability to know what our government is up to.”

Former Gov. Brian Schweitzer thanked the delegates for a Constitution that he lived under for most of his life. To highlight its strengths, he recalled the state was like under the previous Constitution written in 1889, when the copper kings of Butte held sway.

Written by tycoons, the previous Constitution didn’t recognize the rights of individuals and did little to give citizens a voice in government. People of each county had to elect groups of legislators based on county population, and the local papers – most were owned by the copper kings – promoted those who would vote in favor of corporate interests.

At the Legislature, individual votes weren’t recorded and those fortunate enough to testify on bills weren’t allowed to listen to committee discussions. Now, all meetings are supposed to be public if a certain number of legislators attend, although Schweitzer noted that the last Legislature skirted that requirement by rotating legislators in and out of the meeting to stay below the required number.

“The copper kings, of course, they only had one interest in Montana: come, rape and run. Take the wealth. Whatever damage they did to the environment or the people who lived and worked here was not their concern,” Schweitzer said. “You held them to account by telling every individual in Montana: As a resident of Montana, you have a right to a healthful environment. No copper king, no wealthy individual, no corporation can take that right away from you. When you wrote those words, you were the first.” 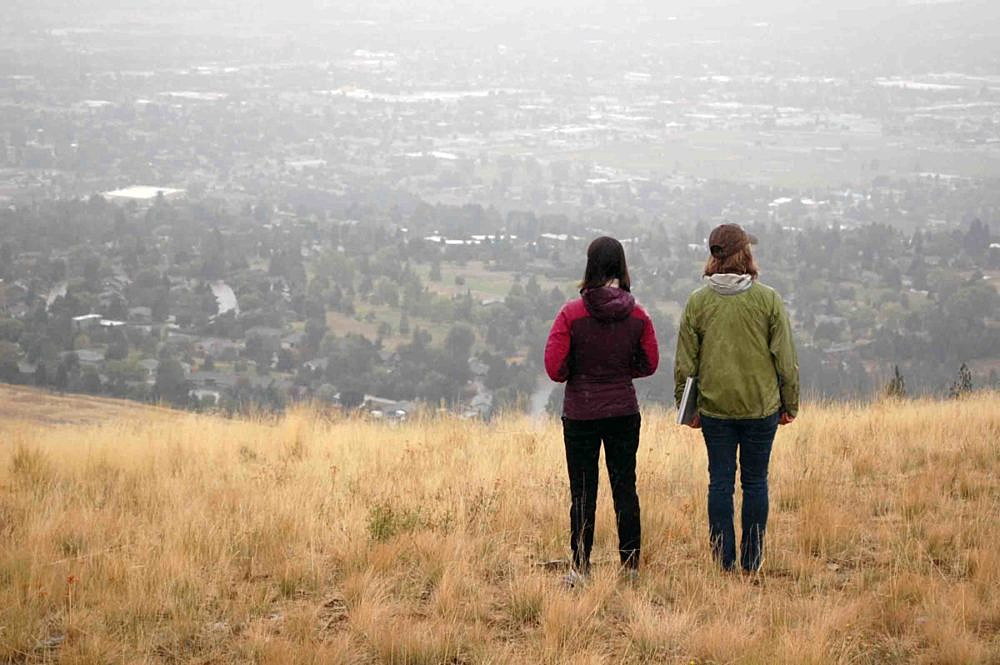 Section 3 in the Constitution’s Declaration of Rights says that the right to a clean and healthful environment is one of Montana’s unalienable rights. About a dozen states mention the environment in their Constitutions, but Montana’s wording is the strongest. Since then, groups from MEIC to the Montana Farm Bureau Federation have used the right to support various lawsuits.

Missoula delegate Bob Campbell, one of the committee members that developed the wording for that right, said the delegates got a lot of pressure from corporations to remove it.

Kalispell attorney Roger Sullivan, who is also an MEIC board member, said he entered the University of Montana Law School 10 years after the Constitution was passed when there still wasn’t much related case law. So as a law student, he read the transcript of the 54-day convention and was impressed by the delegates’ thoughtfulness, civility and dedication to making Montana a better place.

But it would be another 15 years before attorneys and particularly judges, who were trained under the previous Constitution, started to implement the new protections and responsibilities, Sullivan said. The past 25 years, however, have seen lawsuits test every subsection of the Constitution, and it still remains mostly as the delegates conceived it.

Sullivan cautioned that the persistence of even such a strong Constitution as Montana’s wasn’t guaranteed, because the delegates included a process for future citizens to amend or replace the Constitution if they see fit.

“As Thomas Jefferson instructed, ‘The price of freedom is eternal vigilance,’” Sullivan said. “And so it is my hope that these generations of Montana will turn to, as a North Star, not only the entire text but the preamble to the Constitution that you bequeathed to us.”

Delegate Mae Nan Ellingson echoed Sullivan in reminding Montanans that they can’t be complacent about their Constitution. To be strong, a Constitution needs to be upheld by the governor, his departments, the Legislature and the citizens of Montana who are willing to go to court, Ellingson said.

“Those words in the Constitution are only words on paper. And it takes a concerted effort to make these rights real,” Ellingson said. “More than anything – and we are faced with this now – it takes a nonpartisan Supreme Court. Because in the final analysis, it’s the Supreme Court that interprets what these words mean.”

Even though Arlyne Reichert will be 96 when the Constitution turns 50 next June, she can still remember the convention like it was yesterday. The delegates voted to sit alphabetically so they didn’t sequester into groups and that contributed to the success, Reichert said.

“We forgot about party politics and concentrated on issues. And that was the difference of really being able to write that Constitution,” Reichert said. “There were 100 of us and none of us was completely happy with the document. We were worried that not all of the 100 delegates would sign. But unbelievably, when the day came to sign the Constitution, all 100 signed the document. Can you think of that happening today? We set a perfect example and exemplified how people can get along without getting bogged down with these partisan politics. I just hope in the future we can go back to that sort of philosophy.”

Preamble of Montana’s Constitution: “We the people of Montana, grateful to God for the quiet beauty of our state, the grandeur of our mountains, the vastness of our rolling plains, and desiring to improve the quality of life, equality of opportunity and to secure the blessings of liberty for this and future generations do ordain and establish this constitution.”