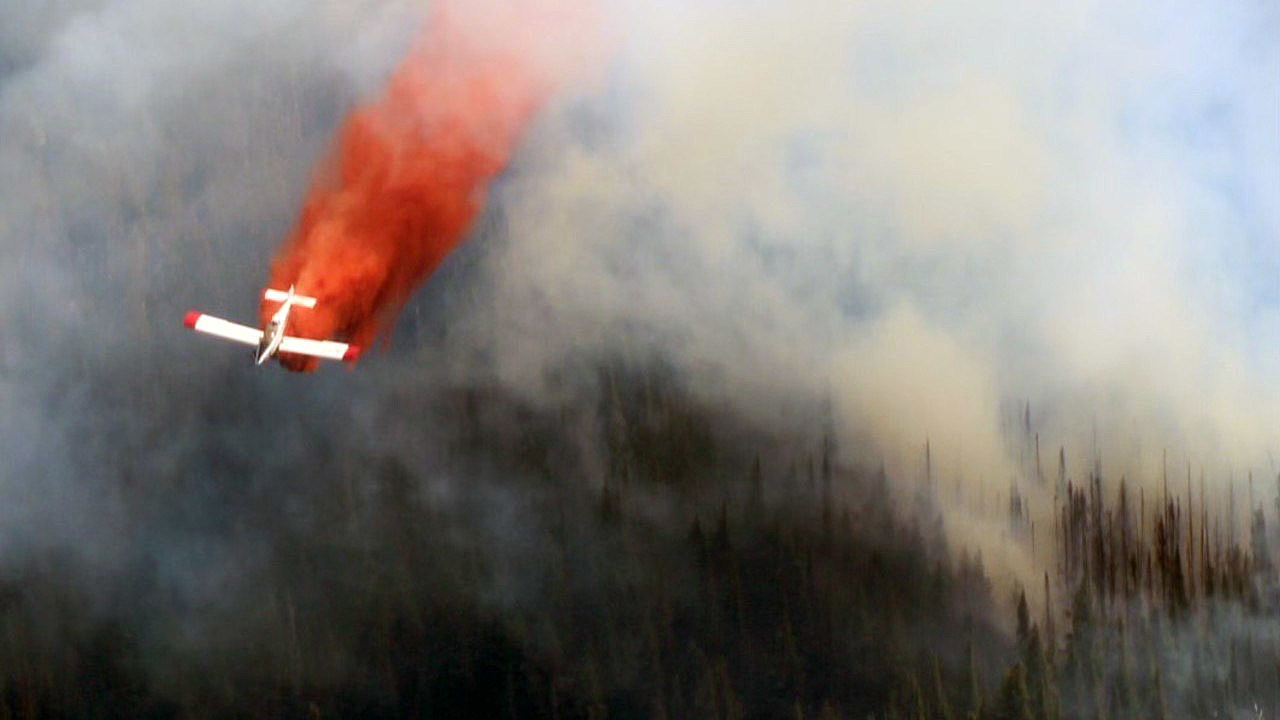 Moore’s comments reflected the growing danger from more intense and harder-to -control fires that have swept Western and Midwestern states this season, even if fewer acres actually have burned than in recent years.

Moore, appearing at his first congressional hearing since taking office in July, told the House Agriculture Subcommittee on Conservation and Forestry that firefighters should be paid more and deserve better work-life balance. The pay raises the administration provided earlier this year were “a good beginning” to improving conditions for firefighters, he said.

By some measures, the 2021 fire season has been milder than in recent years. The 5.9 million acres burned as of Wednesday is only the fourth-highest on the same date in the last five years, according to data from the National Interagency Fire Center.

The federal government should focus more on forest management, which is equally important to fire suppression, Moore said.

“We talk a lot about fire suppression,” Moore said. “But we need to spend an equal amount of time on treatments out on the ground.”

About 20 million acres should be prioritized for treatment in the next 10 years, he said. More than 66 million acres are at high risk for wildfire, according to the Forest Service.

But that task is made more difficult by the loss of workers. The agency has lost 38 percent of its non-fire workforce in the last 20 years, Moore said. The loss of those staffers has diminished the agency’s ability to manage forests in ways that make fires less likely and severe.

Arizona Democrat Tom O’Halleran said that was a result of underfunding.

“Congress has been not willing to put the money forward,” he said.

Moore said the agency would benefit from additional funding.

“If we have more, we’ll do more,” Moore said. “It’s up to you all to determine what more looks like.”

Wednesday’s subcommittee hearing took place against the backdrop of fast-approaching deadlines for major legislation to enact much of President Joe Biden’s domestic policy agenda through a $1.2 trillion physical infrastructure bill and a $3.5 trillion budget plan that Democrats plan to pass through the budget reconciliation process.

Moore said the “legislation being considered now” would increase the Forest Service’s ability to prevent fires.

In response to a question from Subcommittee Chairwoman Abigail Spanberger, D-Virginia, Moore said a Civilian Climate Corps, a conservation jobs program that would be created in the $3.5 trillion package, would help bolster resilience to wildfires and create a pathway to forestry careers.

Spanberger called on Congress to act on wildfires by passing the $3.5 trillion budget plan that includes provisions meant to address climate change.

“It should not take the ash of these wildfires or the debris and floodwaters of hurricanes ravaging our coasts or the severe heat felt by millions across the nation and across the globe on a daily basis — it should not take that reaching the Capitol steps for Congress to take action on the environmental crisis we are currently facing,” she said.

But Republicans on the panel criticized the measure for not making policy changes to make forest management easier.

Glenn “GT” Thompson, a Pennsylvania Republican who is the ranking member on the Agriculture Committee, said the reconciliation bill would make management more difficult.

“It restricts the Forest Service’s ability to do the restoration necessary for millions of acres,” Thompson said of the forestry measure in the reconciliation bill. “We can’t just throw money at wildfire while limiting the service and hope for a different outcome.”

LaMalfa said there was too great a focus on climate change and not enough on overgrown forests, which he said are a major factor in worsening fires.

“While many continue to blame a changing climate for the increase of acres burned each year and the greater intensity of recent wildfires, the fact is that most of forests are overgrown and overstocked,” he said. “We aren’t doing enough to reduce these fuel loads… We will not solve this crisis without a fundamental shift in how we manage these lands.”

Spanberger also said climate was not the only factor in worsening wildfires. The encroachment of housing developments into wild areas and human behavior also contribute, she said.