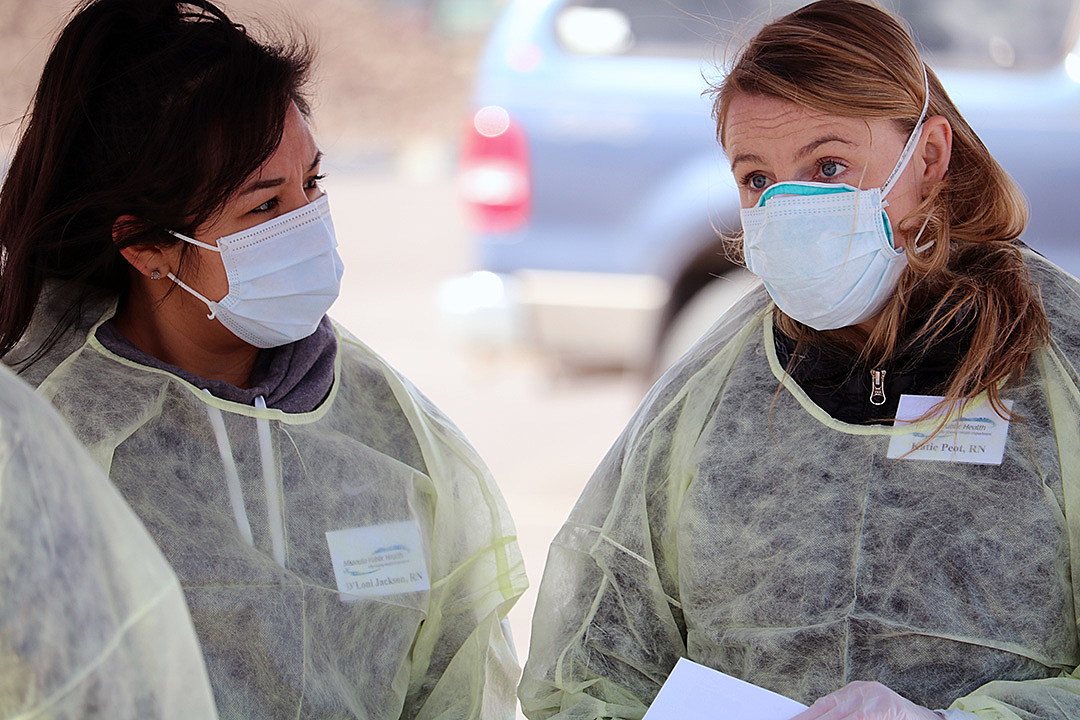 Unable to implement the safety precautions used last year to slow the pandemic, Missoula’s hospitals are treating a wave of patients, though local officials remain unable to access state support.

On Thursday, Missoula Mayor John Engen joined local hospital officials in a discussion with Gov. Greg Gianforte’s health policy advisor and an administrator from the Department of Health and Human Services, where a request for support was made.

The requests included funding to support contract tracing at the Missoula City-County Health Department, and for the Montana National Guard to assist local hospitals.

“I did talk a little about National Guard resources, particularly for our hospitals” Engen said. “I was told folks are fighting fires or back to work, and the likelihood of those resources being available to hospitals were pretty slim.”

The number of cases have risen since last week, when Missoula County reported just 477 active cases.

“You can ask for the resource but whether you get them is another question,” Engen said. “Dr. (James) McKay from Providence was on that call with the Governor’s Office with me, and had suggested they could certainly use the help. What we heard in that conversation was that help is not available.”

Dr. McKay is the Chief Physician Executive for Providence.

The Billings Clinic this week also asked Gianforte’s office to deploy the Montana National Guard to assist doctors and nurses who are stretched thin by the growing surge in cases.

According to Montana Public Radio, a spokesperson with Gianforte’s office said they’re talking with Billings Clinic about deploying National Guard troops, but did not say whether the governor planned to do so.

The Montana Hospital Association made a similar request two weeks ago, but a spokesperson told MTPR that the association hadn’t heard anything from Gianforte’s office as of last week.

“I’m hoping to have a conversation with Providence and Community Medical Center today to see if they’re hearing something different,” Engen said of the various requests for state support. “I didn’t see that anyone had been deployed.”

Engen said local health officials also are seeking state funding to hire a new position to help the City-County Health Department conduct contact tracing. Other funding sources once used to combat the virus have run out, and with changes to state law and the new administration in the Governor’s Office, options aren’t what they used to be.

That includes funding to maintain the city’s non-congregant shelter at the former Sleepy Inn.

“We got the extension of federal support for vaccine, but we don’t have financial support for non-congregant shelter. The Sleepy Inn is offline,” Engen said “I think we were under the impression that staff had managed a Plan B using hotel vouchers, but they heard this week there will likely be bumps in the road with that. We’ll see if we can do some problem solving around that.”

Engen said the Health Department needs support to continue an effective level of contact tracing. Local officials have credited the program for keeping case counts down, even as the virus surges.

“We’re one of the few large communities that has not yet thrown in the towel and is still running down contact tracing, and the results of that is that our numbers are better than everyone else,” said Missoula County Commissioner Josh Slotnick. “We’ll hang in there as long as we can.”

Engen said he agreed, but said funding without state or federal support could bring new challenges.

“There’s certainly a reason to do it,” he said. “We need to make sure our financial folks are keeping in close touch so we’re not in a box where we don’t know what we’re up against and we’re trying to fund something in arrears.”