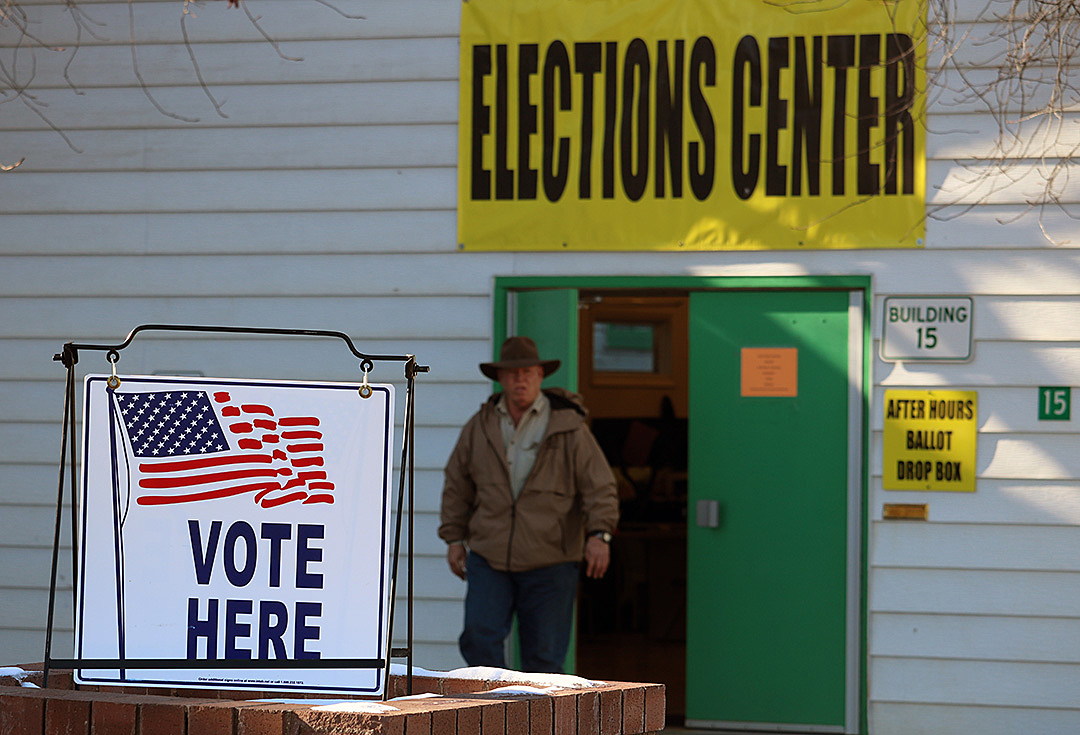 (Daily Montanan) A new report from the Brennan Center for Justice demonstrates that the gap between white voters and non-white voters in states that were required to get clearance from the federal government at one time before implementing new voting laws has been almost completely eroded since the United States Supreme Court struck down the law in 2013.

It also suggests that the disparity for American Indians is even more dire, something that has been echoed by a Montana Civil Rights panel which advises the federal Department of Justice.

“Preclearance” was a part of the federal Voting Rights Act which required states that had a history of racial discrimination in voting practices to get authorization from the Department of Justice before passing changes to those state’s voting laws. Most of those states requiring preclearance were in the South where “Jim Crow” laws made voting for minorities and people of color difficult.

However, in a landmark 2013 case, Shelby County vs. Holder, Chief Justice John Roberts said that preclearance was no longer needed because voter turnout in people of color exceeded white turnout in five of six states originally covered by the act (Alabama, Georgia, Louisiana, Mississippi and South Carolina).

The new study by Brennan shows that during the following years, voter turnout for people of color in those states has once again plummeted. Not only that, but gaps for other minorities have slumped, too, raising concerns about Native Americans living on reservations.

“We believe the white-nonwhite gap may be underestimated as the census data we use for analysis fails to provide information on Native American voter turnout, a group that is significantly impacted by discriminatory voting laws,” the new report said. “However, we do know from the National Congress of American Indians that registered voters in this group have a lower turnout rate than other racial groups, which provides the basis for our assumption.”

Those turnout numbers show that since 2013, the number of nonwhite voters in southern states have fallen considerably, and one of the co-authors of the report told the Daily Montanan it suggests that either the Supreme Court or Congress should reconsider implementing measures such as preclearance to protect voting rights.

It’s also a warning to state legislatures across the country which, like Montana, have passed more restrictive measures that doing so may have a disproportional affect on nonwhite voters, something of concerns to the civil rights advisory panel in Montana.

The report, coauthored by Peter Miller of the Brennan Center who is a Billings native, shows that the gap between white and black voters in southern states shifted in 2008 and closed in 2012.

“Although that was true in 2012 – and only 2012 – the White-Black turnout gap in these states reopened in subsequent years,” the report said.

For example, Louisiana, Texas and South Carolina had larger racial gaps in voting than in 2020 than at any point in the past 24 years, with South Carolina posting a 21% gap that had been experienced since the Shelby County decision.

Miller explains the Roberts’ decision was likely predicated on an anomaly rather than a trend. He said that Black voters turned out in record numbers, determined to vote in the general election because of former President Barack Obama, a Black man.

“Whenever there is a candidate of color, their community comes in a turns out. They coalesce and mobilize,” Miller said.

However, as voters saw fewer and fewer candidates with whom they identified, their numbers at the polls started to return to more typical levels.

Yet, states have continued to implement more restrictive measures which tend to affect voters of color more than White voters, Miller said. This trend is only exacerbated when considering the gap between certain groups of color, like American Indians, which have never closed the disparity and could be shut out of the process by new laws implemented by state legislatures.

The research also shows that early voting, like the popular “Souls to the Polls” campaign is utilized “by orders of magnitude” higher in non-White voters, Miller said.

Those concerns are echoed in presentations given to a Montana advisory panel that gives recommendations on civil rights to the federal Department of Justice.

The American Civil Liberties Union in Montana along with Western Native Voice have been active litigating reservation and Native voting rights for several years. In a presentation to the civil rights panel earlier this year, the ACLU noted that even though a Yellowstone County court had ruled that the state-sponsored Ballot Interference Prevention Act was ruled illegal, the 2021 Legislature passed House Bill 406, which largely revamped the legislation, which prevents get-out-the-vote organizers and ballot collection.

“There is no evidence that ballot collection created voter fraud,” Miller said.

Jacqueline De Leon, an attorney with the Native American Rights Fund, walked through a number of obstacles that Montana reservation and Native communities face during the same meeting.

For example, reservation access to voting materials is usually limited to a few days a year with limited hours and often no Election Day in-person voting options. Montana has also prohibited same-day voting registration, which Native Americans utilize at a higher rate.

“My reservation is divided into two counties. Each county seat is an hour away, one-way,” said Jade Sootkis, a Northern Cheyenne member. “That’s something like 55 miles each way to actually get to a poll. No one is willing to do that because they don’t have the resources; the vehicles, the home mailing address, and gas money. Unemployment is high here. For transportation, you need money for a car, you need a driver’s license and a lot of people don’t get them because it costs money to get the license and you have to drive to the courthouse to get it.”

De Leon noted that many Native people lack residential mail delivery or even share post office boxes. And while Montana cities and towns average 2 miles to the nearest post office for residents, the average commute for American Indians is four times as long, and they often have fewer open hours.

Native Americans are also disproportionately poorer than their White Montana counterparts. While 13% of Montana’s White population is below poverty level, 36% of Natives are, with 12% who have no access to a vehicle.