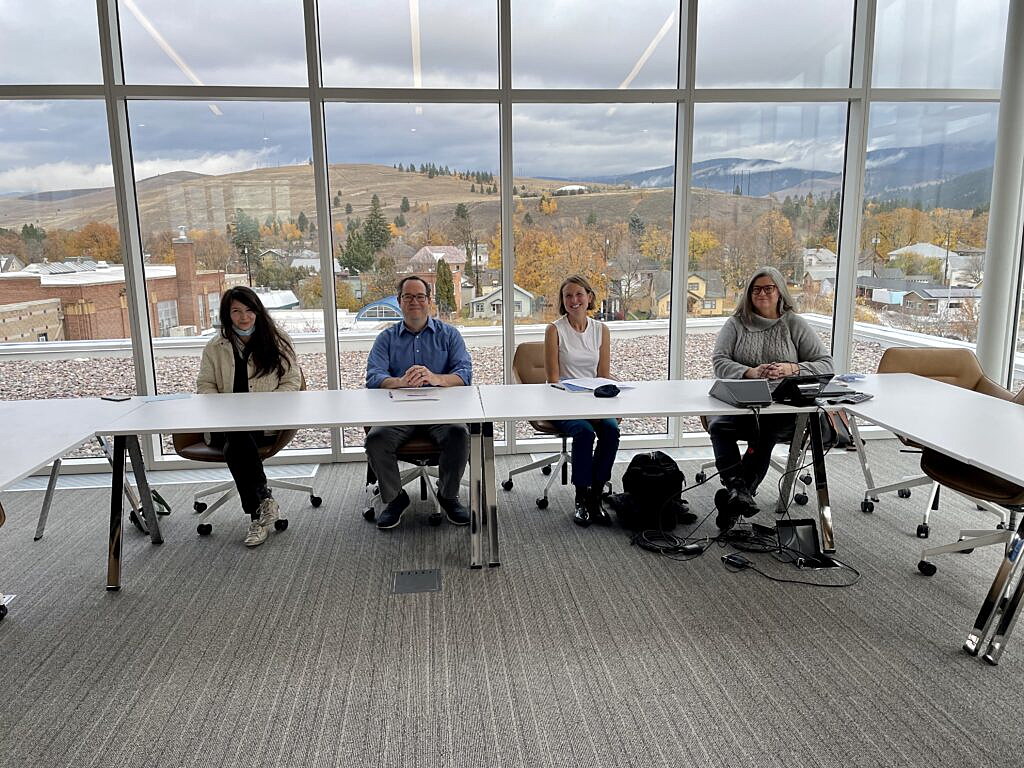 (Daily Montanan) A twisted joke about not being able to make ends meet goes like this, said Destini Vaile: “You can be too low income to have a job.”

That means maybe your car is broken, and you don’t have money to fix it to drive to an interview, or you can’t pay for new clothes for a new job, said Vaile, an organizer with Montana Women Vote. But the Child Tax Credit is helping, and Vaile is among those who want to see it continue in a way that works for families.

Tuesday, a University of Montana economist and union organizer joined Vaile to discuss the benefits of the expanded Child Tax Credit — and one potential pitfall — at a panel in Missoula while Congress considers the credit as part of the Build Back Better plan.

One bright point of the Child Tax Credit is it has increased from $2,000 to as much as $3,600 per child, Vaile said: “That’s a huge difference for families who are struggling.” She said families also can choose to receive funds in monthly installments, which is helpful.

Another positive development is the credit has been opened to people who didn’t previously qualify — because they made too little money, Vaile said. She said in the past, a lot of families of color, many who are in lower income brackets, wouldn’t qualify, and now, they can get the full amount.

The money helps with the basics, such as buying food and being able to afford to get back to work, but Vaile, a member of the Blackfeet Tribe, noted it also helps people be human and maybe offer their children enrichment, like a trip.

The coronavirus pandemic has damaged the economy, and Grace Decker, with the Zero to Five coalition in Missoula County, said the tax credit is designed to help get parents back to work and stay at work. Decker, who moderated the panel at the Missoula Public Library, asked economist Amanda Dawsey to drill into the effects of the pandemic on workers and wages.

Dawsey, from the University of Montana, said on the surface, the economy looks like it’s chugging along because the unemployment rate looks good, but she said the labor participation rate is not as high, which is evident from all of the signs in town advertising for employees.

The labor force in Montana isn’t huge to begin with, and since the pandemic started, 2,000 people have left, she said. In fact, Dawsey said the labor participation rate is at its lowest level since it started being measured, and median income has fallen even as housing prices to buy and rent continue to climb.

And the people who have been hardest hit are families with children, she said. In particular, she said women with children under age 13 are leaving the labor force.

Even before the pandemic, the child care capacity in Montana met just 47 percent of the demand, she said, citing a study from the state. Once the pandemic hit, she said, 120,000 child care workers left the labor force nationally, exacerbating an existing shortage.

A lot of child care takes place in people’s homes, through friends or relatives, and home options aren’t a sure bet because of COVID-19: “People just face so much uncertainty.”

Currently, the tax credit is targeting the people who really need it, and estimates show it would decrease poverty among children, Dawsey said. However, the panelists also said a possible work requirement that might be off the table but has been part of the negotiation would mean the people who need it can’t use it, and those who are eligible simply don’t sign up.

For example, Denver Henderson, with SEIU 775, said many caregivers are family members caring for a special needs child or parent, and they get paid for just a fraction of the actual hours they work. Henderson, who represents long term care workers in Montana and Washington, said they literally don’t have time to go get another job to satisfy a work requirement.

Henderson said the plan would be paid for by “sensible reforms” to the tax code, including collecting taxes from wealthy people who are evading payment. He also said the scope of the Build Back Better plan is vast, and if passed, it in conjunction with the infrastructure bill will support 4 million jobs nationally. He ticked off some of the provisions, including free lunch expansion, Pell grant expansion, and universal preschool for 3- and 4-year-olds, among other items.

“It’s an incredibly vast set of bills and would do a lot to get our economy back on the right track,” Henderson said.