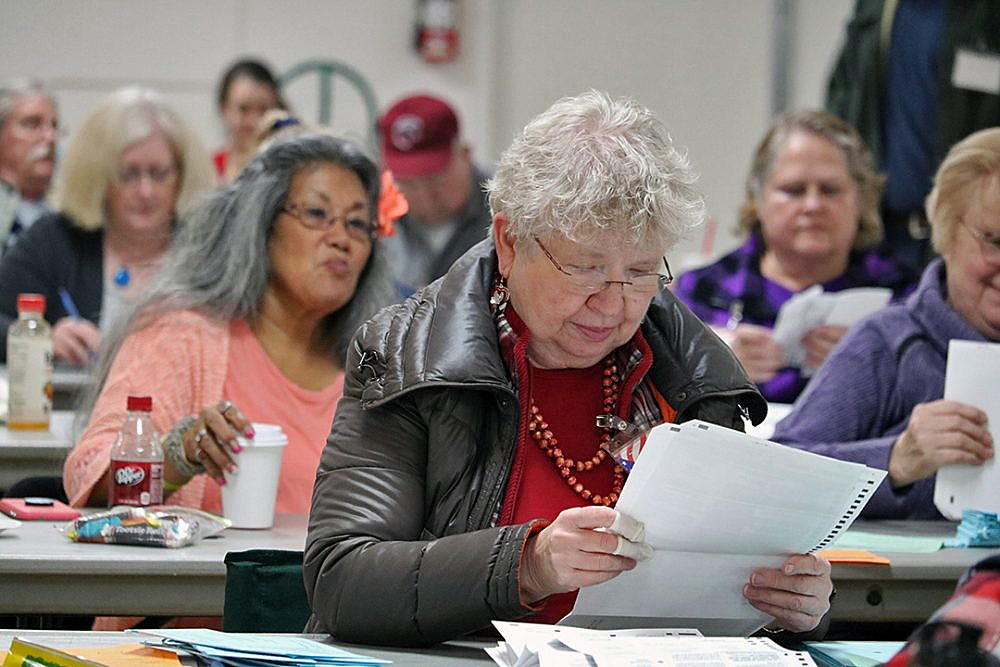 HELENA (KPAX) – Republican legislative leaders don’t have the power under current rules to create a special House-Senate panel to look into “election security” in Montana, a memo from a legislative attorney says — but a state senator pushing for the panel said Monday other alternatives may exist.

The memo late Friday from staff attorney Jaret Coles, requested by Montana’s two top Republican legislative leaders, is the latest development in a push by conservative GOP lawmakers to investigate elections in Montana.

Senate President Mark Blasdel and House Speaker Wylie Galt asked for the memo earlier this month, after 84 of Montana’s 98 state legislators signed a letter asking to form a special legislative committee to examine election laws and the “security of Montana elections.”

Sen. Theresa Manzella, a Hamilton Republican who helped draft the letter, said Monday she plans to talk with Blasdel this Wednesday about how and whether a committee might proceed.

It’s possible the Senate could form its own committee — which Coles said is allowed, under the rules — and that House members could participate in some non-formal fashion, Manzella said.

Senate rules allow Blasdel to appoint a committee, but only with Senate members, Coles said in his memo.

A spokesman for the GOP leadership said Monday they will comment later on the memo.

Manzella said the ultimate goal of the committee or any investigation would be to “restore our citizens’ trust in the election,” because of all the “irregularities” they witnessed in the 2020 election.

No instances of election fraud have been brought before any Montana court. Republicans also won all statewide elections in 2020 by big margins, including then-President Trump, and expanded on their majorities at the Legislature.

Montana Democratic legislative leaders have said no such investigation of elections is needed, because there’s no evidence of fraud and that Montana elections are run well by county officials, as directed by state law.

They’ve said the letter and the push for a committee appear to be part of a national effort by Republicans to cast doubt on election processes, in the wake of false allegations by Trump that the 2020 election was stolen from him.

The Sept. 29 letter from GOP lawmakers said many of their constituents have expressed concerns about “election security,” and that a special committee would conduct hearings and possibly propose future changes in election laws or procedures.

However, interim committees are bipartisan, and would need at least one Democratic vote to form a majority to take up an issue.

Some lawmakers making the push for an investigation of election practices have suggested a special session may be needed, to enact laws affecting the election.

Blasdel and Galt also asked Coles for an estimate on the cost of a special session.

Coles said legislative staff estimates a special session would cost $108,000 for the first day and $57,000 a day thereafter – although overtime pay would likely increase the cost.

Only the governor or a majority of all 150 legislators can call a special session.