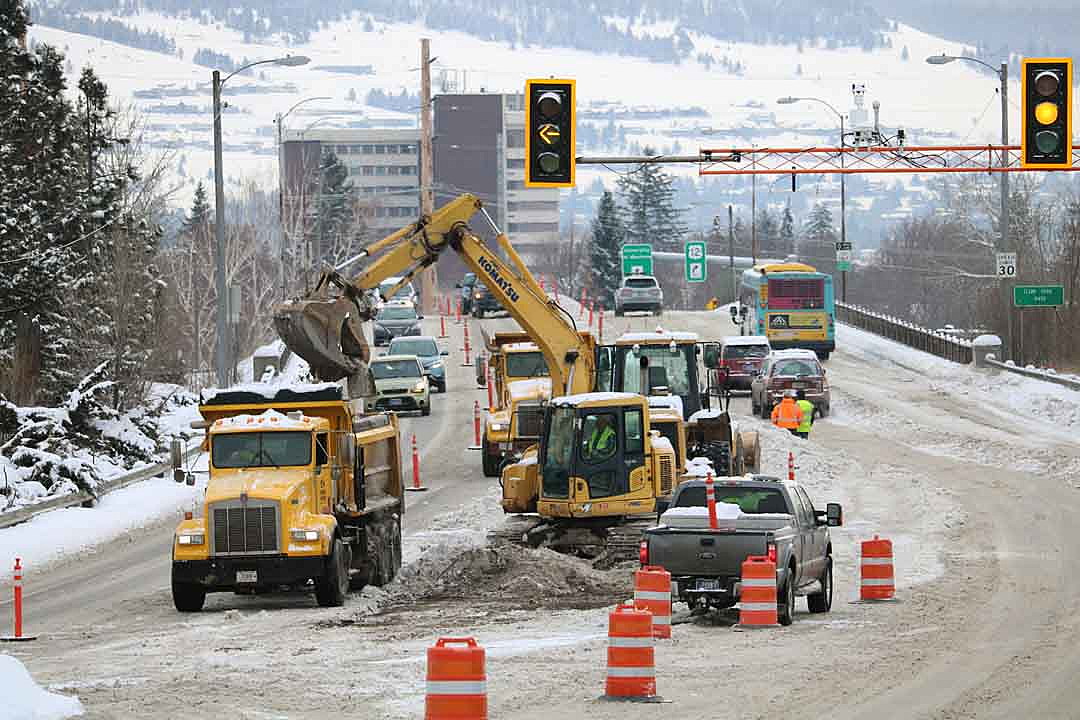 WASHINGTON (CN) — After hours of delays and conflict between moderate and progressive Democrats over the party’s decision to delay a vote on the Build Back Better Act , the House passed a $1.2 trillion bipartisan infrastructure bill late Friday night that will reimagine American transportation systems and combat climate change.

The House voted 228-206 to approve the legislation, with 13 Republicans voting in favor and six Democrats opposing the bill amid a tense political climate and division within the Democratic Party. Rep. Matt Rosendale, R-Montana, voted against the measure.

President Joe Biden has called the legislation the “largest Federal investment in power transmission in our Nation’s history, ensuring a more reliable grid that has the capability to carry more renewable energy.”

The Senate already approved the infrastructure package back in August with bipartisan support, but Democrats held the legislation in limbo for months, determined to use a delayed vote on infrastructure as leverage to garner support for and passage of the $1.85 trillion social spending bill known as the “Build Back Better Act.”

Democratic leaders had initially pushed for a vote on both bills today, with a vote on Build Back Better coming first at the request of progressives, but the day kicked off with a record-setting seven-hour vote from Republicans who attempted to adjourn the chamber for the day to prevent a vote on the social spending package.

Intra-party tensions and concerns from moderates about the legislation’s hefty price tag then led Democratic leaders to reverse course, carrying out a vote on the infrastructure bill and approving rules for a future two-hour debate and vote on Build Back Better, shelving a decision on the bill for later this month.

The choice to table a vote on Build Back Better came amid requests from centrists on both sides of the aisle who asked for a score from the Congressional Budget Office to determine the official revenue and cost of the bill before a vote in the chamber.

This shuffling of the agenda raised ire from some progressive Democrats, with some Congressional Progressive Caucus members carrying out their threat to vote against the infrastructure bill if the House didn’t vote on social spending legislation first.

Members of the Progressive Caucus met for hours Friday evening, delaying a vote in the House before reaching an agreement with the Democratic Caucus to approve the infrastructure bill and push through the Build Back Better legislation by Nov. 15 if the report from the Congressional Budget Office reflects the costs and revenues estimated by the White House.

The infrastructure bill and the Build Back Better Act represent the bulk of Biden’s campaign agenda, a more than $3 trillion investment in repairing physical infrastructure and expanding the American social safety net.

The still pending social Build Back Better Act has undergone near-constant revisions for months, with lawmakers delaying a vote multiple times and Democrats adding substantial new policies to the legislation in recent days, including paid family and medical leave as well as work permits for immigrants.

The economic package, if passed, would be the most profound and sweeping attempt to expand the American social safety net since President Lyndon B. Johnson’s Great Society programs of the 1960s.

The legislation aims to reconfigure health care, climate change and tax policies in the U.S. through provisions such as free universal preschool, the expansion of child tax credits and the largest financial commitment to fighting climate change in American history by way of $555 billion in tax breaks to expand the use of clean energy and electric vehicles.

The majority of the legislation would be paid for through higher taxes for people making more than $10 million a year as well as a 15% minimum tax on large corporations.

Despite the reshuffling on Friday, Democratic leaders told reporters they are still confident in the future of the Build Back Better Act.

“These two bills will make, as the president says, a generational change,” Majority Leader Steny Hoyer said during a press conference late Friday. “I am absolutely convinced beyond a doubt that before Thanksgiving, the week of the 15th, we will pass the Build Back Better legislation.”

President Joe Biden also released a statement late Friday night saying he is “confident” the House will pass the bill “during the week of November 15.”

The push to get both bills on the House floor on Friday came in the wake of Democrat Terry McAuliffe’s loss in the Virginia governor’s race this week, an election many pointed to as a litmus test of national sentiment regarding Biden’s agenda.

Some speculated that if Democrats had been able to push through the Build Back Better Act and infrastructure bill in a timely manner, McAuliffe would have been able to point to the productivity of his party, possibly boosting his chances at the governorship.

Pelosi said during a news conference on Thursday that she couldn’t speculate on whether Congress’ inaction on the legislation had affected McAuliffe’s chances in Virginia.

“I think that getting the job done, producing results for the American people, is always positive. Each election is different,” Pelosi said.